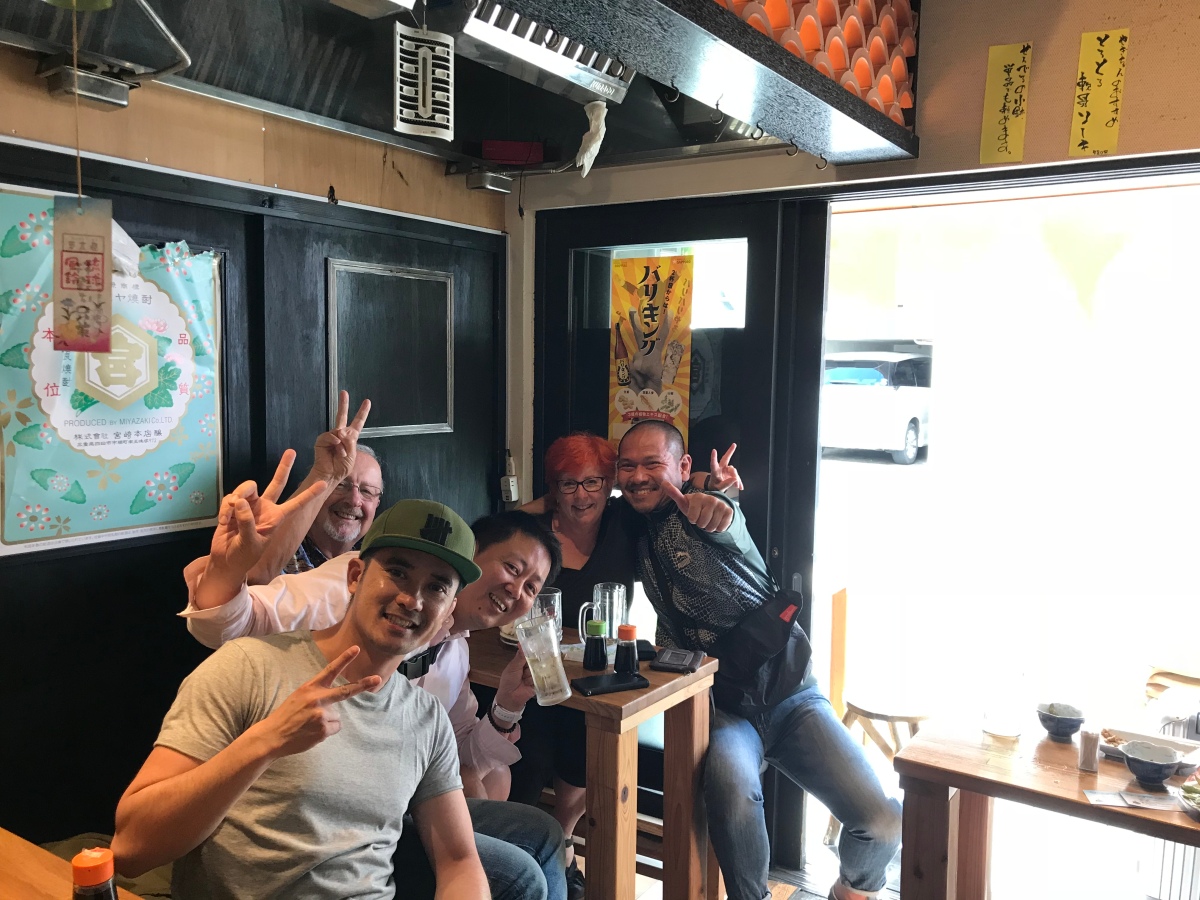 After the big city of Osaka we flew down to the Okinawan Islands. We try to visit a new area of Japan on reach trip and decided to try the sub-tropical part this time around. We began in Ishigaki, on the third largest of the islands. About 50,000 people live here. We stayed near the port and the town has a sort of windswept, sun bleached beach sort of vibe. I don’t know if Ishigaki reminds me of Hawaii or vice versa. Minus the big development and the Americans, of course.

On the way in from the airport we noticed fields with large black cows and steers in them. It quickly became apparent that this was the local thing. Having come from Osaka, land of the octopus, this is quite a switch. Ishigaki beef is the complete opposite of North American beef. We breed for lean. Not so much here.

First order of business upon arrival was lunch. We were thinking – curry beef – and stopped at the first place with a picture of curry beef. Turned out that was just a lunch thing. The real thing was beef grilled over charcoal. That explained the nozzles hanging over each table:

Until the waiter brought over the brazier we really didn’t know what it was about. And since we don’t know what is going on around us a lot we just shrugged. But! Charcoal brazier arrived (with real hardwood charcoal) and the exhaust system switched on and whoosh – no smoke. You can see that Wilf’s lunch set came with soup, rice and a salad. In front of him is a plate of slices of meat – a variety of cuts, including the really good (read: really fatty OMG nom nom stuff). It very good! I had the curry beef and it was yummy, too.

Our next eating adventure involved finding a little building that was reputed to be a warren of little restaurants. It was, but most only open for dinner. But there was a lunch place – a wide spot in a hallway, basically, with a tiny room with four tables. The waitress swept us in there and at first we were a bit – wah, all by ourselves everyone else is out in the hall. But in a few minutes two guys with suitcases fresh from the airport arrived. And oh, they wanted to talk to us. But so little English for them and so little Japanese for us! But – the waitress could help and there are translation apps, so by the time the guy from Australia arrived things were rolling along. Beer and whiskey highballs at 15:00 probably had very little to do with this!