Skip to the content
In the thirty years since I last paid attention to the world of pies one thing seems to have happened. Or maybe it is a geographical thing. I went looking for raisin pie filling. Not to be found in Sidney. Do people not like raisin pie any more?
So, I made the filling myself (thank you all recipes.com) 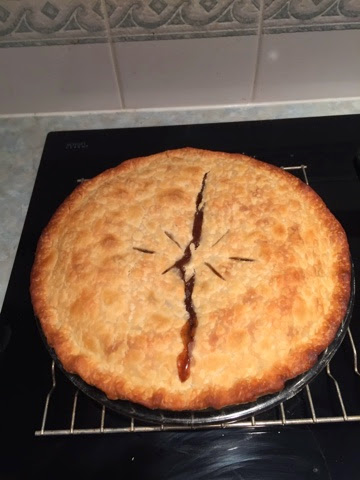 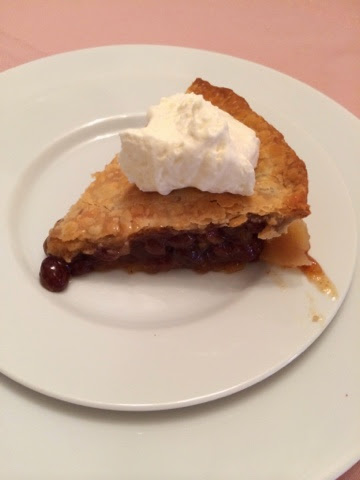 I’m usually the dessert girl for potlucks – I love baking and making cakes. But pies have always been this mysterious thing for me. I have it in my head that piemaking is a difficult thing. So, I don’t do it.

At my parent’s house on Christmas Eve I watched my Mom whip up two pies – one lemon, one key lime. As I was sitting there, thinking how straightforward that appeared, Wilf drifted by. Soon Mom and Wilf were having a discussion about the easiness of pie and then they looked at me. Between them they figured out when I had last made a pie. A pecan pie. For Dad’s birthday. At our house in Toronto. Which we moved out of in 1990. So probably in the late 1980’s. Hmmm. Pointed looks from both of them. 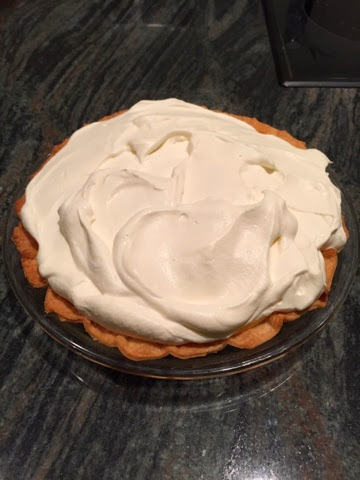 The crust is courtesy of Mr. Pilsbury. The filling is homemade vanilla custard from Cooks Illustrated with bananas and whipped cream.

I figure I’ll eventually get to making the crust from scratch, but the year of pie is underway!