When we realized we would be in Hong Kong for Chinese New Year we weren’t sure what that would mean. Would the city be packed? Or deserted? Turns out that the answer was ‘Yes’. Sort of.

Chinese New Year is one of the great travel events in the world. Millions of people are on the move within in China, and more and more Chinese people take the opportunity to travel outside the country. Throughout much of the rest of Asia people are moving about, too.
So, Hong Kong, the city built on hustle, the city of go go go. When we started out on Saturday morning the streets were empty. Most of the shops were closed, and with the shutters down the streets were very dull. We found our way to the Kowloon high street and admired the shop windows in all the luxury stores – all by ourselves. We walked onto the Star ferry with a few people and found ourselves on Hong Kong island. Our plan was to take the tram up to the peak and look out over the city. We had a bit of a wait as the bus didn’t run until 10:00. Of course we got talking to a fellow in line. Firstly, we were in the wrong line for the bus to the tram. But, this was a better bus – it would take a scenic wind up the mountain and then we could take the tram back down. Which is what we did. 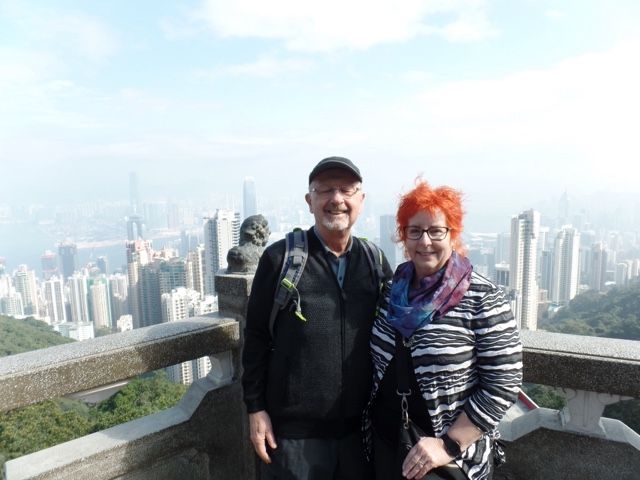 The view from the peak across Hong Kong to Kowloon.
When we took the tram back down the city had woken up – there was a mob waiting to go up the mountain, the street hawkers were setting up and people were out and about. This was more what I expected. In spite of the crowds, many things were not happening – the flower market street only had one shop open, only a few goldfish shops were open, the jade market was locked up tight and even the ladies market was barely open when we passed by.
So what did we do with ourselves? Oh, the usual….. 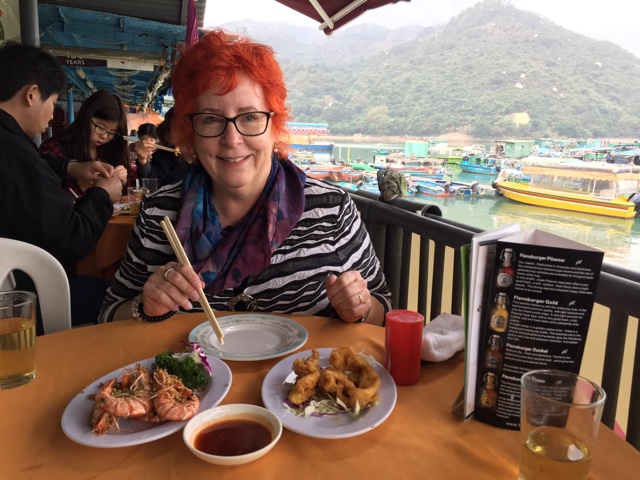 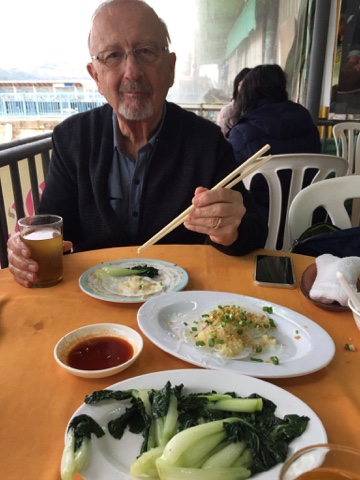 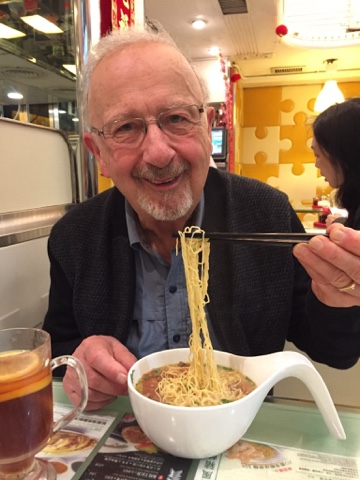 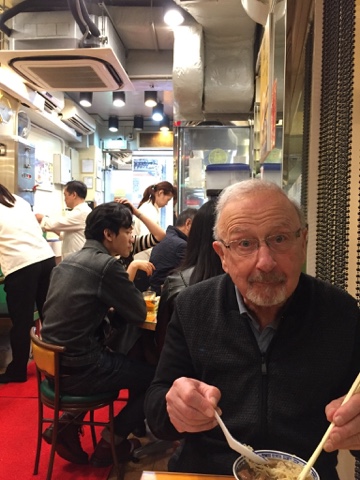 Yep, eating our way through the town!
Lots of decorations for the new year – almost every business had mandarin orange trees flanking their doors – the Intercontinental Hotel won the prize for the biggest trees! 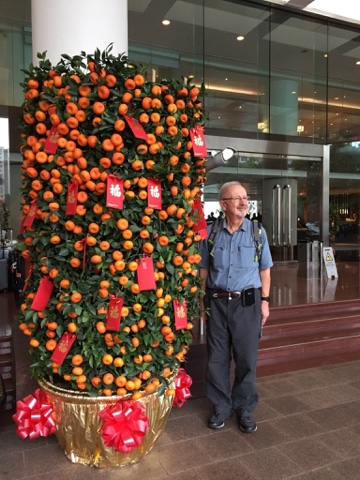