One of our tour guides told us that we could be expect that people would want to take our pictures, and that they would be very interested in our noses. Apparently we have large noses, which are considered beautiful by Indonesians. My first thought about that was pfftttt.

So we find ourselves in Surabaya and we have a guide named Erica. As we were driving along we saw carts laden with durian fruits – they are in season now. When we said we wanted to try them – Well! A moment later she had parked the car and was negotiating with the nearest cart owner. 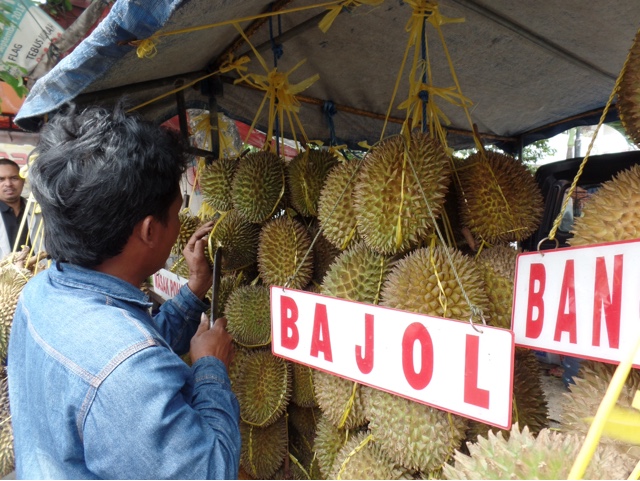 You know durian, right? Spikey fruit – smells bad, supposed to taste good. You’re not allowed to take them on the subway in Singapore? When we see these in North America they are usually quite large, but these are much smaller. 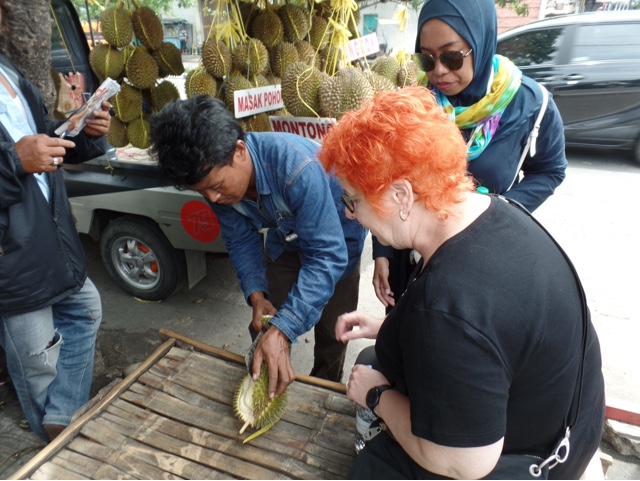 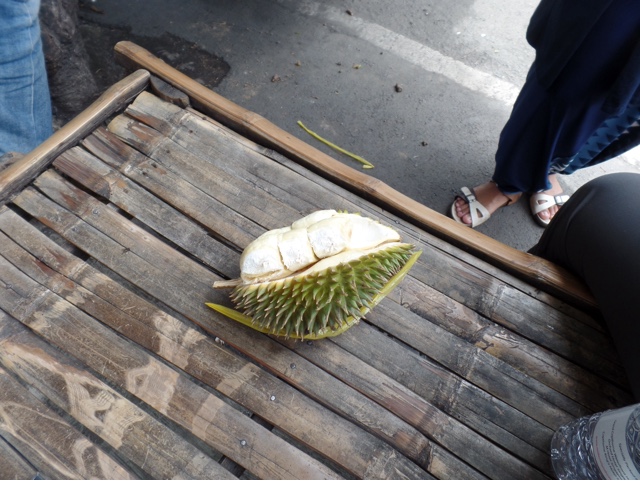 I had always assumed (I don’t know why) that the inside was more like a papaya with a flesh that you would scoop out with a spoon. Nope. There are large seeds – almost the size of a walnut – with a soft flash that we nibbled off. Creamy custardy texture as promised. I don’t know how to describe the taste – there was a definite funky odour, but the fruit itself was – okay. 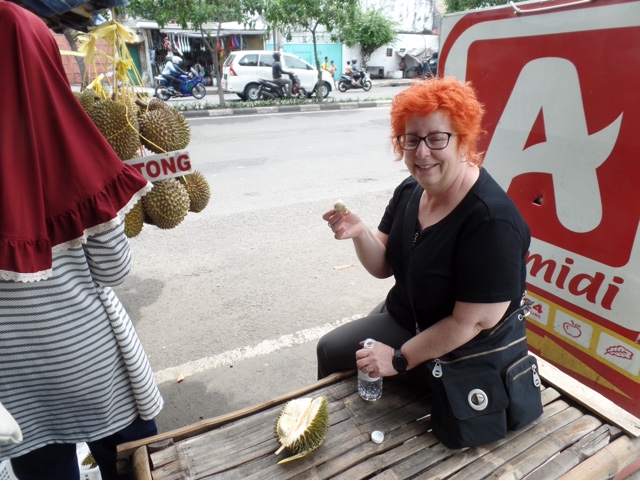 As we were working our way though the fruit the stand owner and friends were keeping up a steady commentary. Erica reported that they were discussing my nose and declaring it to be beautiful. Usually it’s the hair that gets talked about, but here we were – all about the nose.
After we left the durian stand we visited a group of fisher men. Their women were processing the catch – scallops and sea cucumbers. 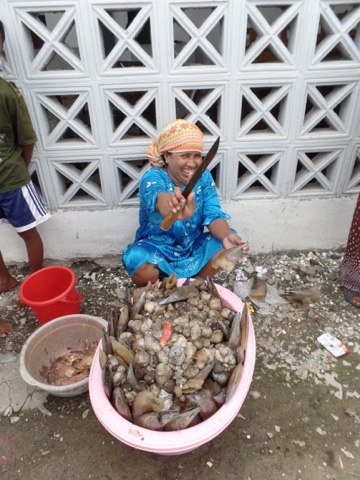 As soon as this lady saw me she started pointing at her nose and indicating the wanted to switch with me! No, she’s not threatening to take my nose! She was teasing Wilf as he was taking her picture.

One reply on “Apparently I have a beautiful nose.”

waah you have good blog with nice stories of your travel 😀 I love to read your blog mam .. hope you are doing well there xoxox