So. The robot restaurant. We did it. And it was hilarious.

We had booked our tickets back in May through and online agency and we were at the ticket office when they opened just after 5:00 on Saturday. Once we were checked in we went down the street, around the corner and up two flights to the pre-show lounge. Which is probably the shiniest place I’ve ever been.
Wilf considers the giant snail chairs. 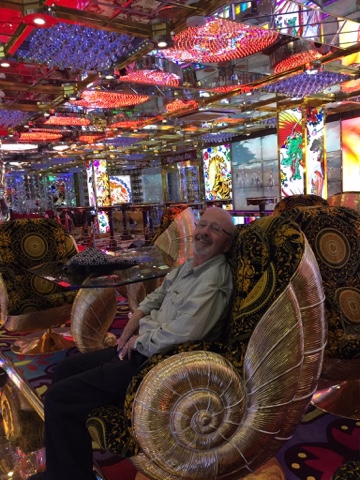 And the shiny robot band came out to play some smooth jazz for us. 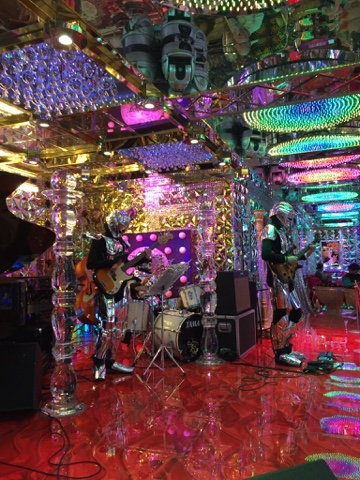 After the pre show set we went down for the main event.

There wasn’t a theme or a story. Part one was a drum battle between taiko drummers – one float filled with drums and bikini clad drummers, the other float with drums and people dressed as – banshees? And there were two smaller floats with regular drum kits adding to the rhythm. And then they all went away and out came more bikini gals and geishas. 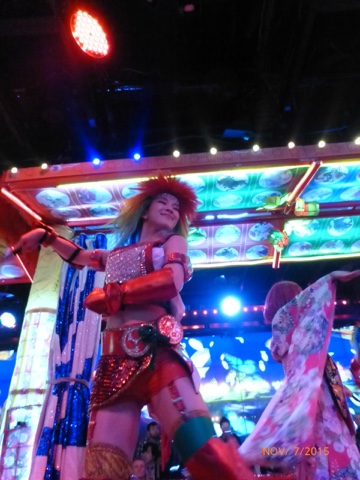 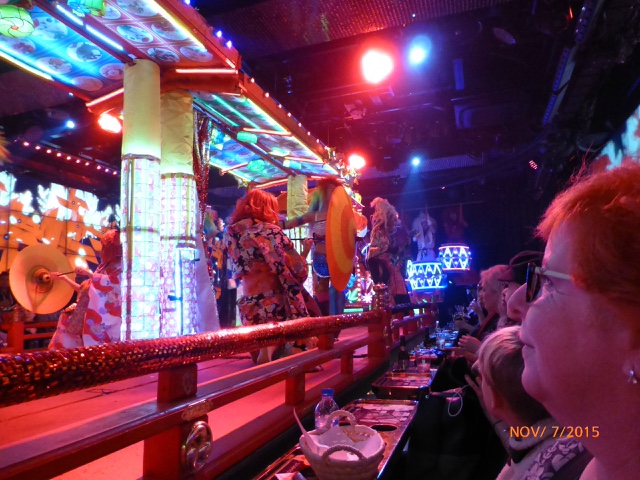 As you can see it is a surprisingly small space and things are happening right in front of us.
Cultural portion done we move on to nature loving creatures battling evil robots. 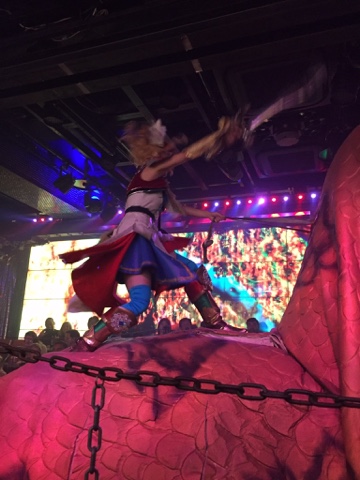 Lots of swords and pyrotechnics.
And dinosaurs. 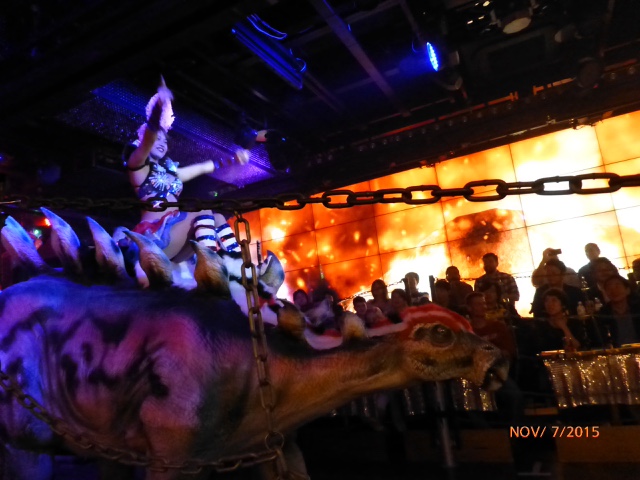 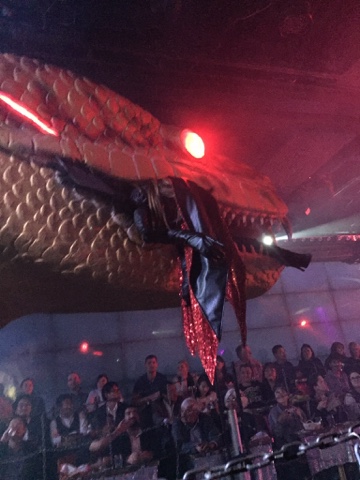 Eventually, after the small dinosaur, spiders and a whale, T-Rex showed up to finish off the evil robot queen. 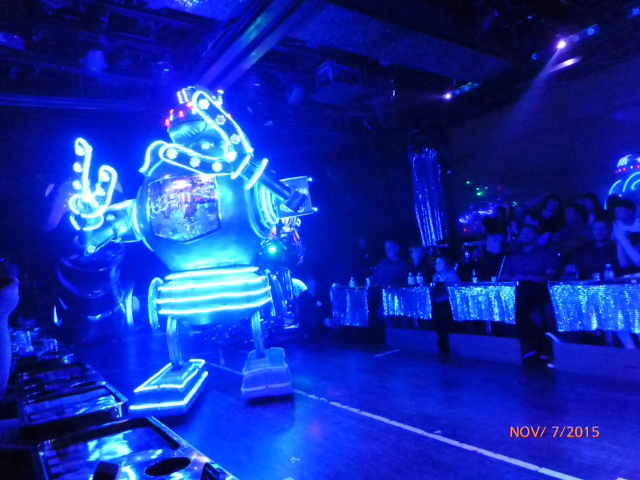 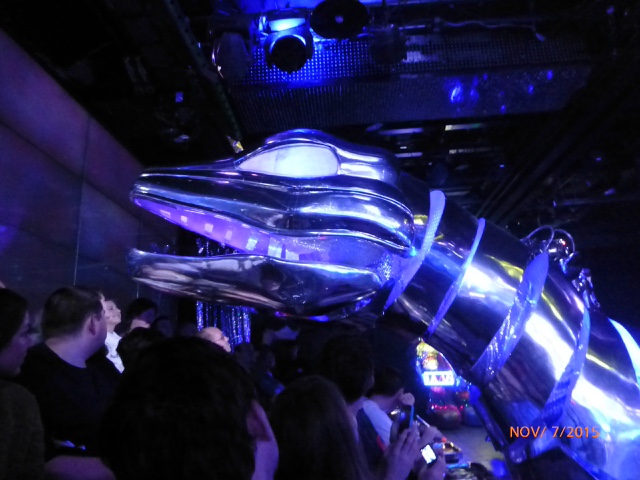 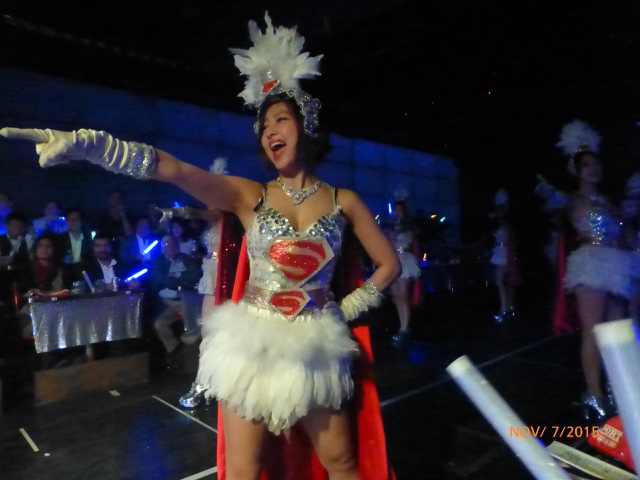 Something to do with Superman, while singing ‘Dreamgirls’ 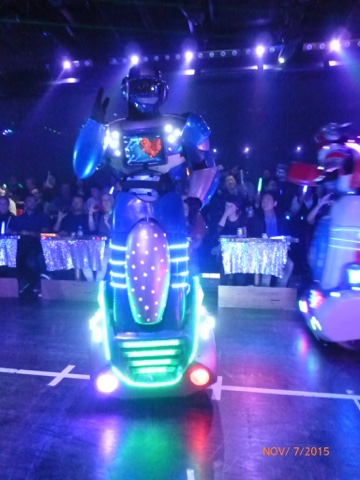 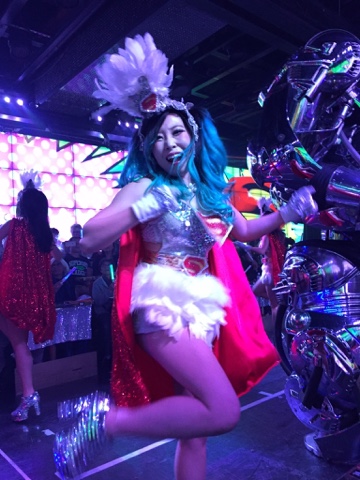 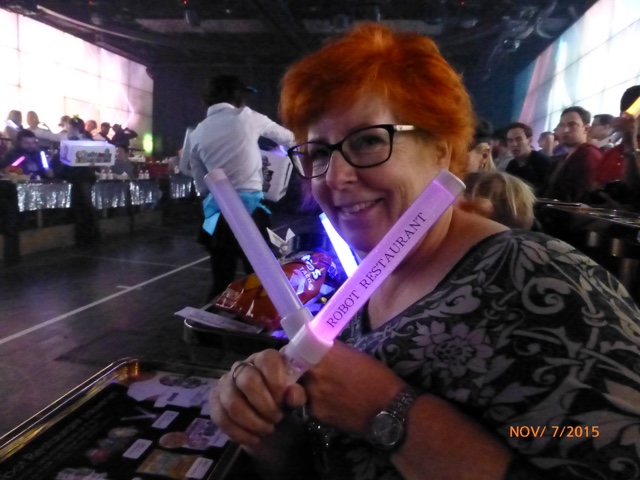 Getting ready for the finale! 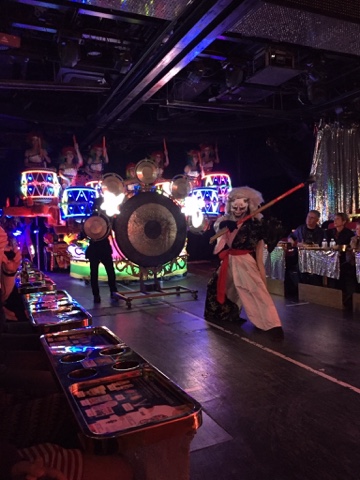 Really – a splendid combination of shininess, loud music, tackiness, sushi and robots. The totally touristy thing to do.

2 replies on “Words fail me”

Thanks for sharing your fabulous night out

Thanks for sharing your fabulous night out