You know that cat? The one that’s everywhere? No, not Hello Kitty. Though heaven knows she surely is everywhere.

I’m talking about the waving cat you see about – often in Chinese food restaurants. Turns out there’s a story there. Once upon a time there was a poor monkey barely eking out a living at a temple. But he had a cat. Things are a little fuzzy here, but one night a shogun/noble/prince was forced to take shelter on the temple grounds. He saw the temple cat waving at him, beckoning him over. He went to investigate and lightening hit the tree he was by/the roof of his shelter fell in/catastrophe occurred. He was saved by the cat. In gratitude the shogun/noble/prince endowed the temple and it prospered. When the cat passed on it was enshrined on the grounds of the temple. The beckoning cat has since become a symbol of good fortune and prosperity.
It turns out the maneki neko shrine is in a suburb of Tokyo, so of course we went to take a look. A couple of train and subway connections and an interesting walk through a neighbourhood (a lady who gave us directions was wearing a Niagara Falls, Canada t-shirt) brought us to the grounds of the temple. And there is a very impressive temple hall and a very interesting cemetery to visit. But tucked away behind the temple ….. 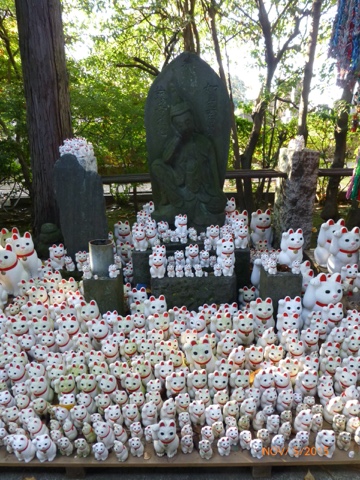 A shrine to maneki neko. 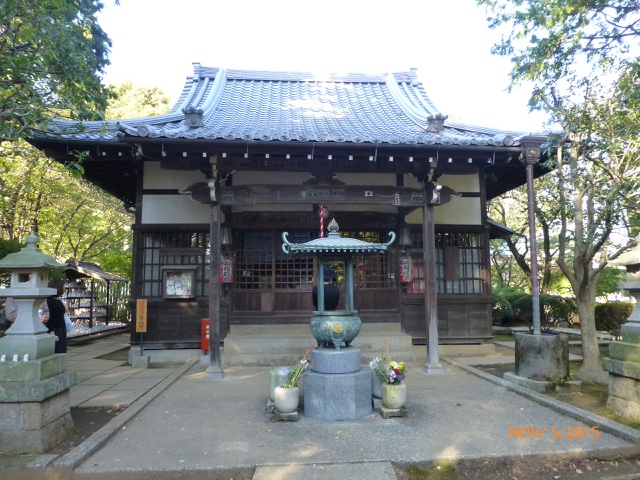 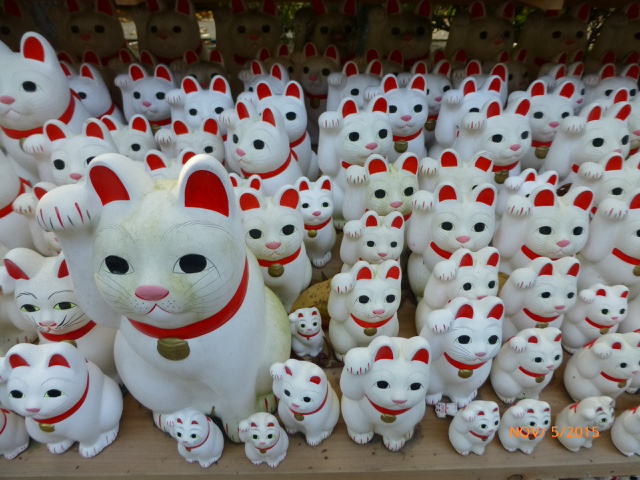 People still come and leave cat statues as thanks for good luck and business prosperity. 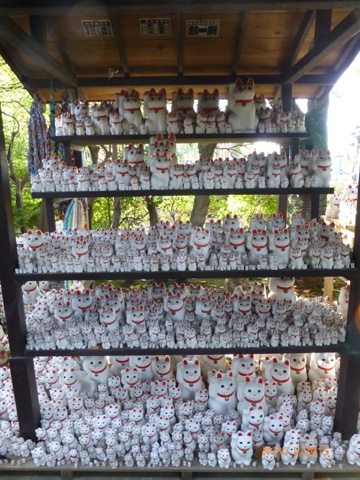