Even if you don’t know it, you probably know Miyajima. The tori gate floating in the sea is probably one of the most recognized representations of Japan – after Mt. Fuji and Hokusai’s ‘The Wave’

We took the ferry over from Hiroshima. Spending the night meant we had the chance to see the tori gate and shrine at several different tide levels. 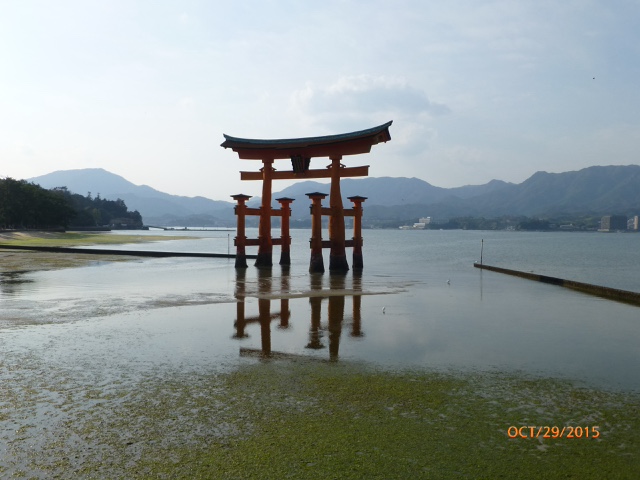 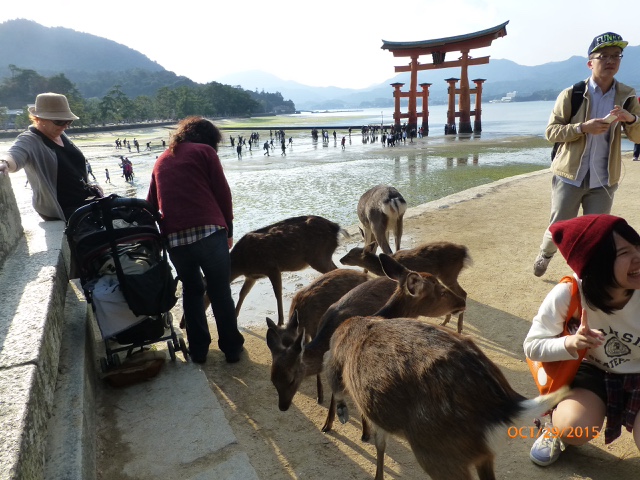 Hey that picture was kind of deceiving – it didn’t show some of the hordes of people out in the bay. There’s also a deer situation at the shrine. Theses guys were in the process of ravaging the baby carriage. 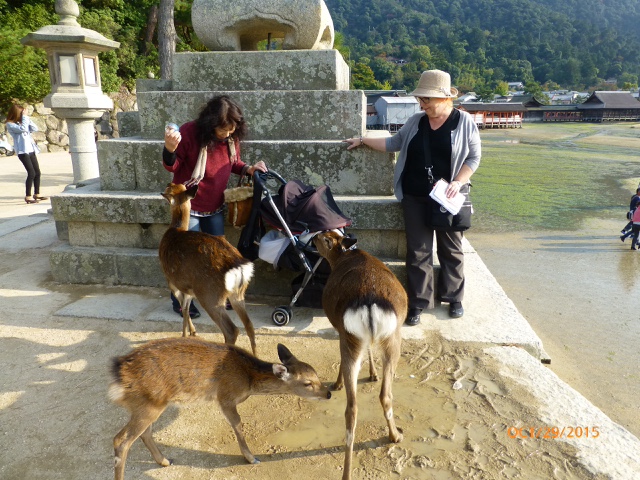 Things got a bit tense when Mom had to defend the carriage from the deer – I was almost expecting someone to go over the edge onto the mudflats. 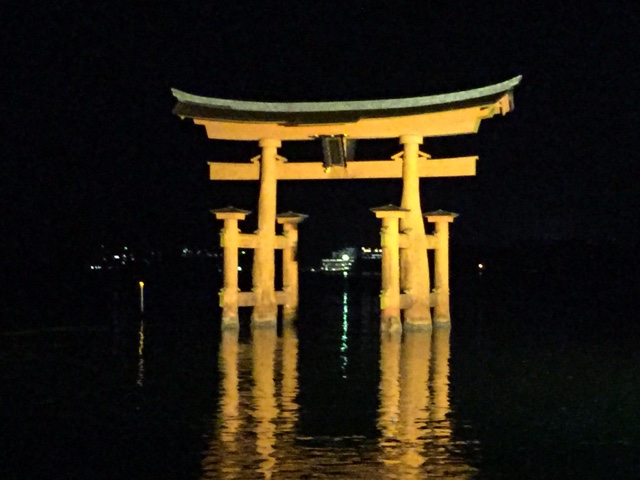 And at night – the incoming tide made for beautiful reflections. 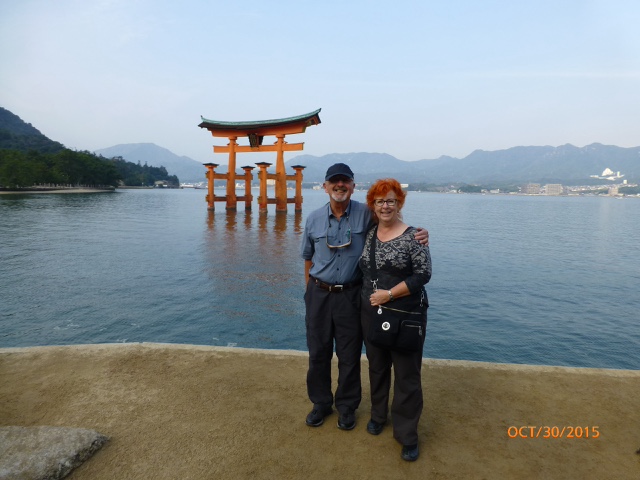 And in the morning, high tide. 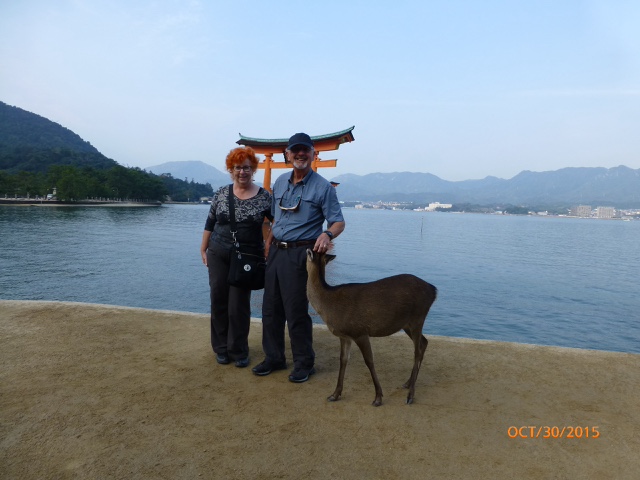 No, no, don’t mind me. I’ll just look in your pocket. I’m sure you’ve got something to eat in there. Carry on with your picture. 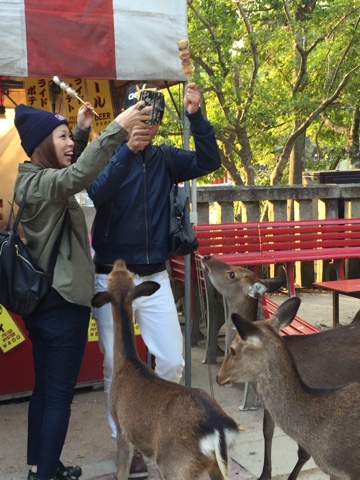 These people really did have food and it nearly became hand to hand combat.

One thought on “What do you say about an icon”