Niimi is in the mountains, but our next destination took us down to a wide coastal plain and the city of Mitsue. Even up in the Niimi area we saw a lot of rice being cultivated, mostly in little patches tucked in here and there. Out on the plain the rice was being grown on a much larger scale. I always thought rice was grown in paddies, standing in water. Clearly this is not the only way.  I’ll report back later on that.

Upon arrival in Mitsue we stopped at the tourist information centre for a map. The lady showed us where our hotel was, and the major attractions. She also mentioned that there was a drum festival that afternoon. We got ourselves settled and headed off for some lunch. By the way – we were feeling brave and/or adventurous and picked a random restaurant, went in and sat ourselves down. Wilf pointed at a picture, I pointed randomly at the menu and delicious food arrived. In addition to the usual rice, soup, pickles we each had a sizzling hot mini wok with an egg topped with strips of beef or pork cutlet. Yummy! Don’t know what it was called but we lucked out.
Anyhow. After lunch we continued towards the castle. And we could hear a sound. A big sound, far away. Soon we began to see the police blocking off streets and people gathering along side the roads. We followed the sound, which got bigger and louder until we came to a street full of sound and motion. 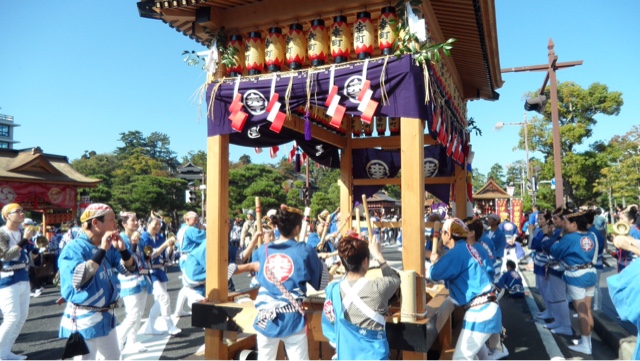 Each of these …..carts? had two huge drums in it. Each one was almost five feet across and teams of drummers with small clubs were pounding away. Each team also had a group playing flutes and cymbals with them. A few of the really big groups had a pup trailer attached to their cart with a third drum.
We eventually found out that there were 22 teams. I think they were playing the same song, but not all at the same time so there was this caucophony of sound with an underlay of this incredible, primal beat. It wasn’t painful, but it resonated deep in the body and had a real sense of urgency to it. 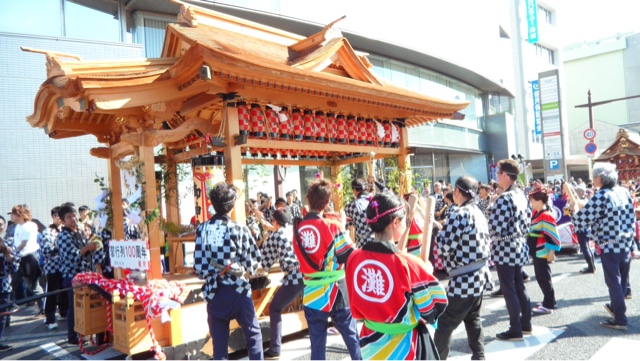 Each cart was different in style, size and decoration. Each group had different coats. Eventually there was a signal and they began to move. And they were pulled by children. 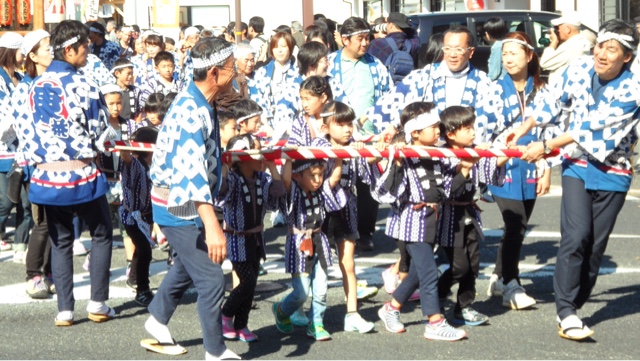 Lots of help from the adults, but the kids had ropes and poles and they were getting the job done. Each group had banners, which probably explained in detail who they were, but since we couldn’t read them….  One group came along with 30 or more people in wheelchairs, all in jackets that matched the drummers. They were ahead of the cart, and Boy Scouts in their uniforms were pulling the cart for them.
We found a place to watch right where they had to make a hard right turn followed by a hard left on a short block. 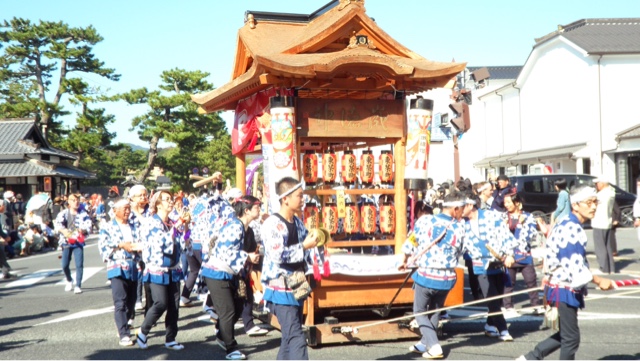 They got them all around the corners without incident. 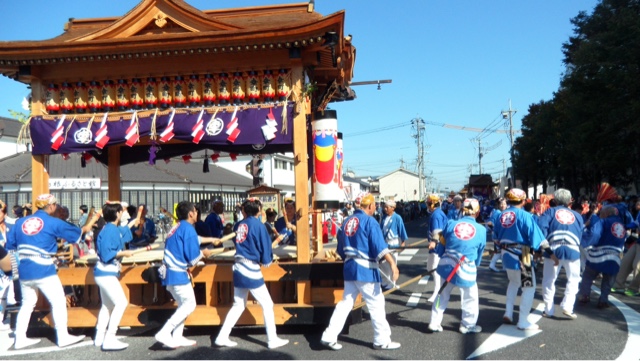 And the whole time the drummers are pounding away. I don’t know they kept going – the parade was scheduled to be about 90 minutes long and they were some length of time waiting for it all to begin. And it was hot!
And at the end all the kids joined in: 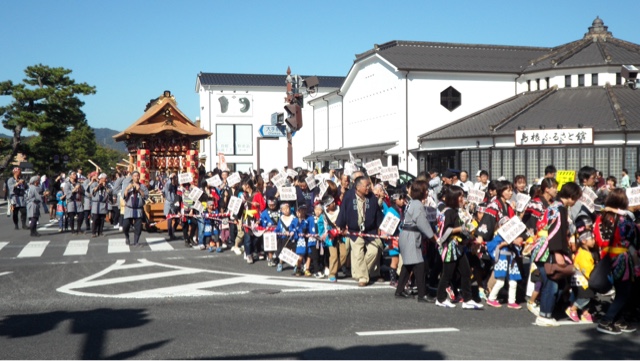 How do you even organize such a thing? Where do you store 22 of these carts. Where do you practise the drumming? Or moving the carts? How do you organize all the clothing? It was an amazing thing to see and hear.