I’ve been telling you about some of our Niimi adventures. It has been grand and we have been having fun, seeing and doing things. But the really special part has been meeting people. Even with a big language barrier the desire to connect is strong. Only one of our group can speak some Japanese – the rest of us were trying to learn a few important phrases, and to deploy them correctly. The people we met ranged from no English to great proficiency. And yet – we managed.

On Samurai parade day we wandered into a back garden of the community hall after lunch. The local Women’s Institute type group had a craft booth and hot dog stand. Steve bought a hot dog – and became an instant celebrity. 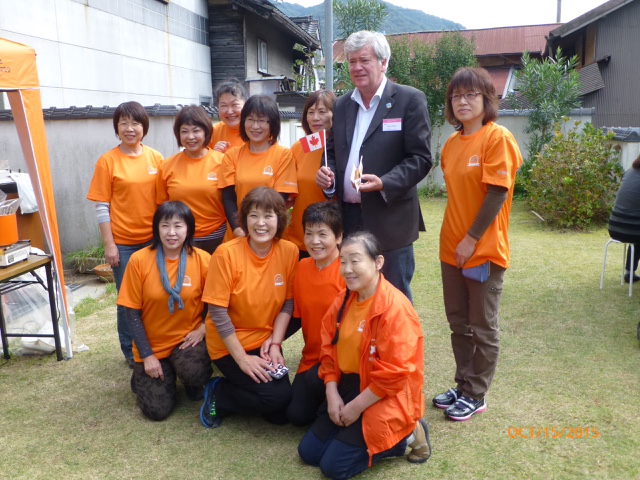 Soon they treated us to coffees. We gave them flag pins. They gave us little gifts. They were adorable and so excited to meet us and so wanting to talk to us,
At out welcome banquet I sat next to Professor Kiyoshi Yamauchi of Niimi College. Kiyoshi-san is a professor of English at the college, and was our guide when we visited the campus. We had such a great time visiting with him and meeting his students. 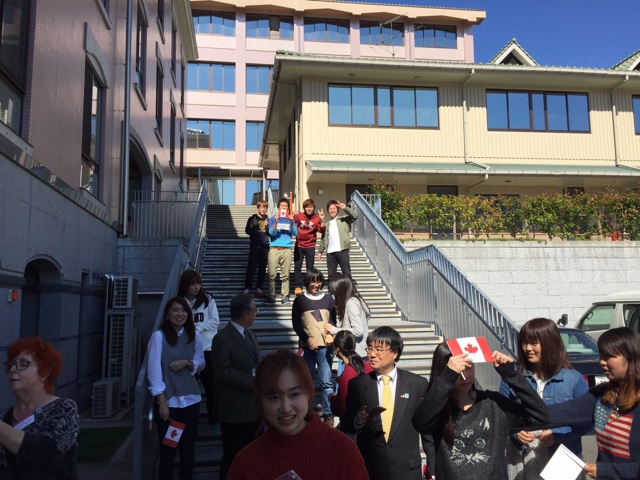 That’s Kiyoshi-san in the yellow tie with some of his students.
Both the Niimi City staff and the members of the Niimi International Exchange Association worked hard to show us their city. This lovely lady in the kimono is a member of the Canadian committee of the NIEA and we had the pleasure of her company on several occasions. Although we spoke almost none of each other’s language – we managed! 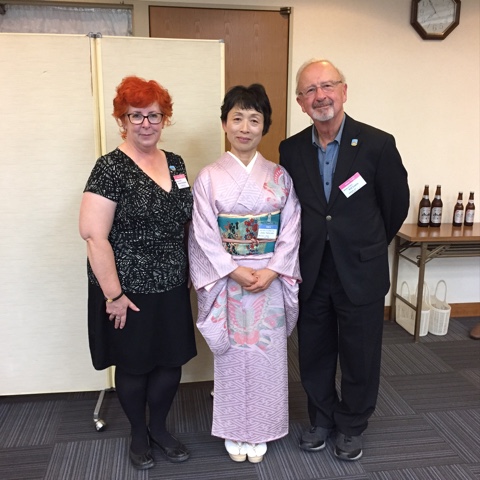 And could this lady be any more adorable? She taught us how to make paper. When we asked for pictures she said okay, but only if she could stand on her tip toes. Because that made such a difference! 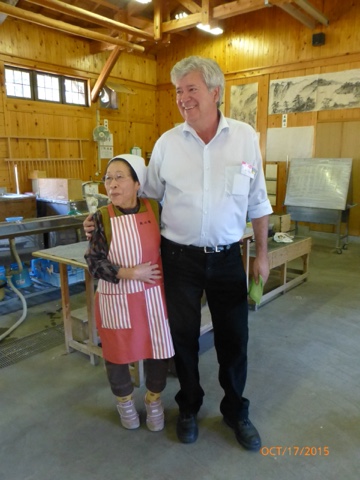 But, of all the people we met my highest praise would be for Sayuri-san, our guide and interpreter. Sayuri-san is an employee of Niimi City and she was responsible for us and our experience. Organized,efficient and knowledgable she made sure that every detail was attended to. She translated for us at all occasions and made sure we understood what we were seeing – and eating! 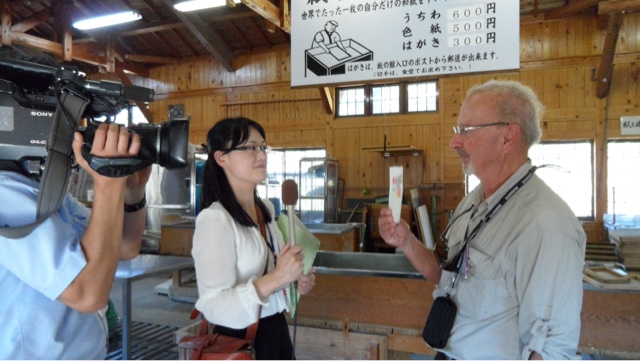 In addition to managing us Sayuri-san had her own management to be aware of. Her boss was our driver. Her boss’s boss usually arrived at all locations, keeping an eye on things. And for important occasions the head guy would put in an appearance. Not only did she have eight unpredictable foreigners to deal with, at any given time three levels of management would be observing her. I think we behaved well and didn’t cause too much distress. Sayuri-san did a wonderful job for us and I hope we see her in Sidney sometime soon.
We left Niimi with new friends and many happy memories.