We’ve moved up the coast from Brisbane to the resort community of Noosaville. The main resort area is on the ocean at Noosa Head – big beaches, high street full of shops, lots of people. Not, thankfully, overdeveloped like, say, Waikiki or even the Gold Coast south of Brisbane. Noosaville is a few kilometres up the Noosa a River – it is quiet, low key. And full of restaurants!

The day after we arrived we met up with a fishing guide – Wilf wanted to see if he could catch something on his fly rod. So, there we were, standing on the dock at 5:00 am. Too hot to fish later in the day! 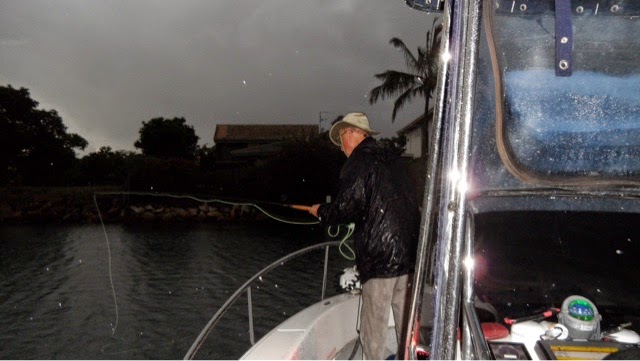 The sun is barely up, Wilf is casting and it is raining a bit. 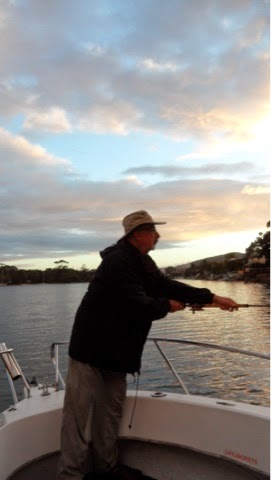 He kept at it. 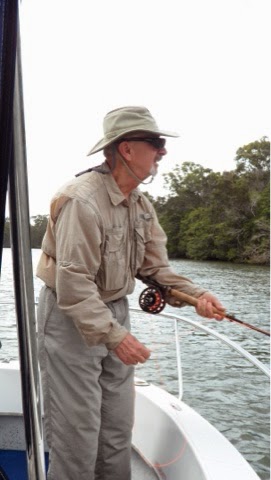 And at it even though it got very windy. 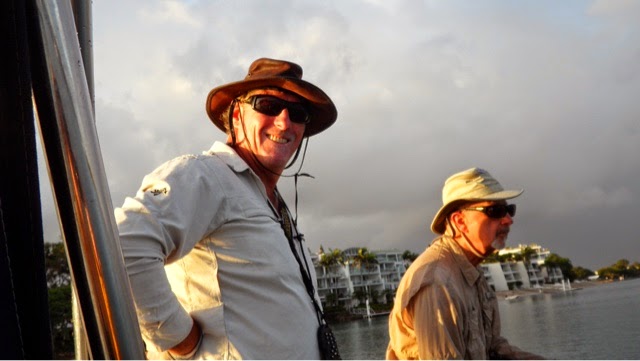 Wilf and Phippsy, our guide consulted about various courses of action. Phippsy decided to toss out an artificial lure with a spinning rod to see what was out there. You know what happened next, right? 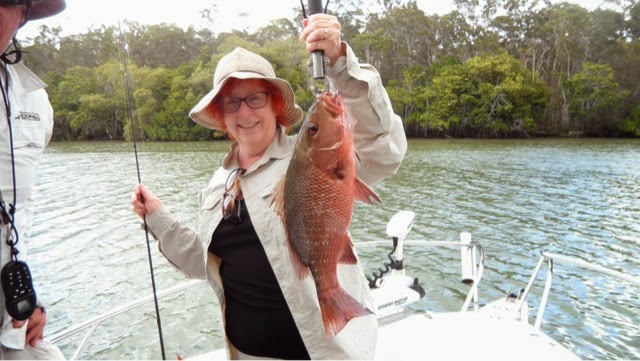 I had my hands free, so he handed me the rod to land what turned out to be a big mangrove jack. With teeth! 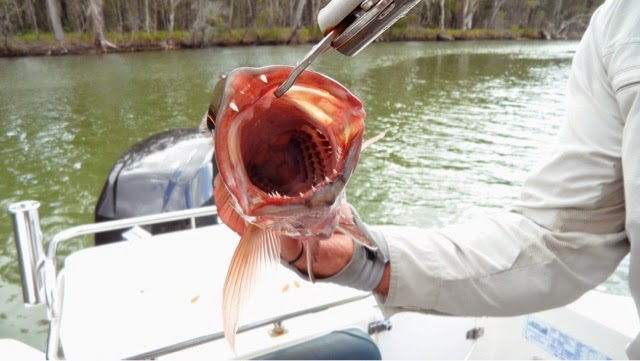 We also saw a Jabiru, which is an Australian stork. This one is a chick! 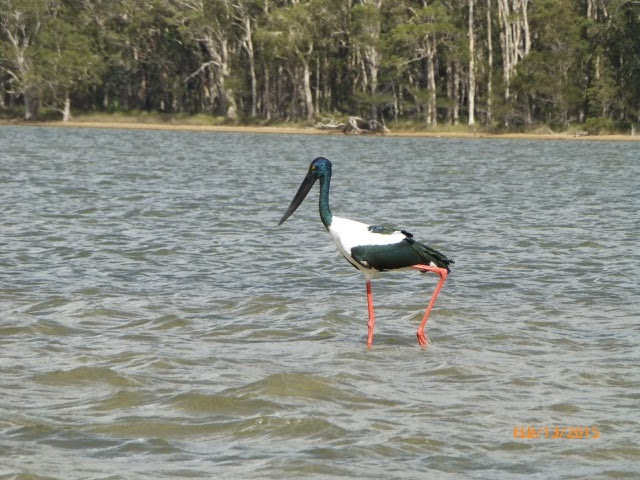