Sydney is a big place – somewhere around 4 or 5 million people, depending upon who you ask. It looks like a city that works. Like any big city I’m sure it has its problem areas, and as tourists we saw only a little bit of it but I’d give it a big thumbs up.

Our next stop was up the coast to Brisbane. Brisbane seems like Calgary and Denver – younger cities with a real go getter attitude. The bones of the older city of Brisbane are there, but they’ve been layed over with a glittering new city.
We stayed in a very nice hotel a short walk from the river, which meant we could use the crazy ‘deconstructed’ footbridge to the other side.  It is very pretty at night when it is all lit up. That’s our hotel with the swoops on it in back. 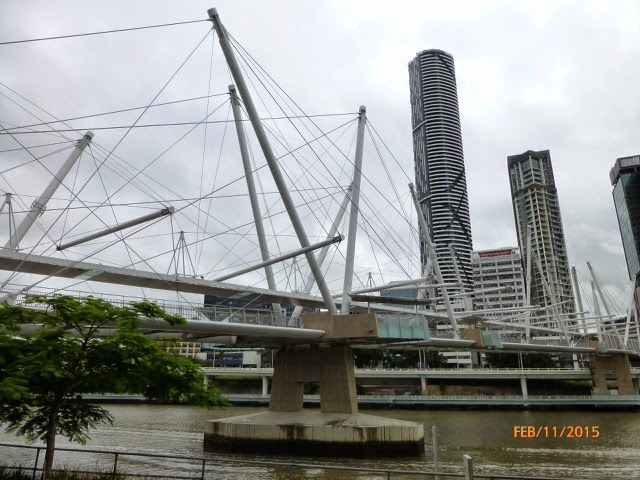 The bridge brought us to a collection of cultural buildings. There was the gallery of modern art, the state library, the regular art museum, performing arts centre, science centre and much more, all in a series of connected parks. Apropos of nothing there was this guy: 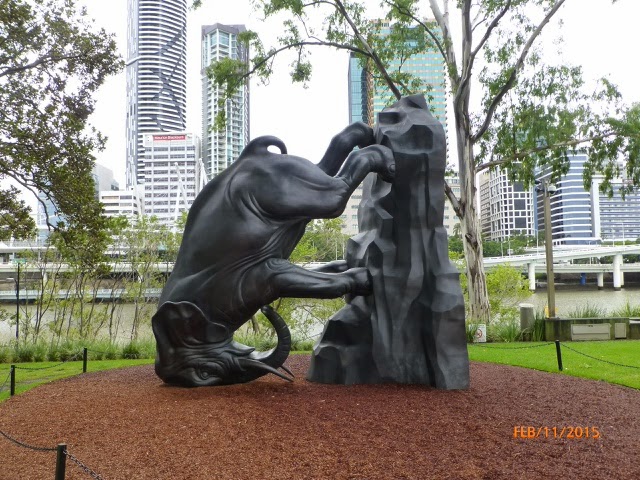 ‘Cause sometimes that’s just how it goes.

And while this area, called Southbank, is on the river it doesn’t have a beach. No problem – let’s make one! 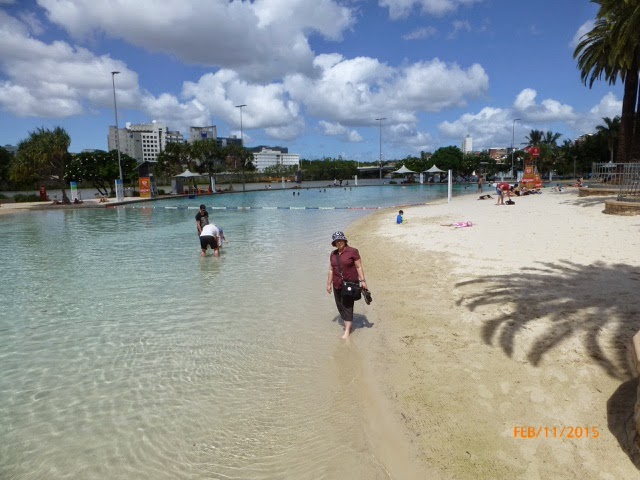 Complete with sand and bathing beauties. 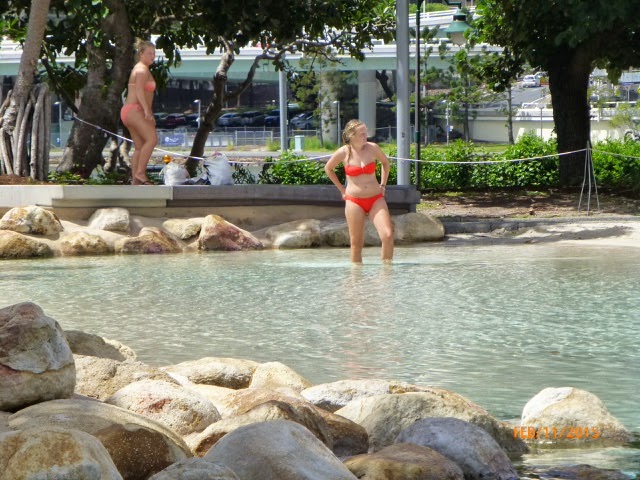 We also took a ferry ride up the river and back, which is always a great way to see a city.
As much as I enjoyed our brief time in Brisbane, the best thing about it was visiting with my friend Susan. We worked together back in the day in Calgary and she headed off on an Australian adventure before Wilf and I moved to Victoria. We had been out of touch, but reconnected through the magic of Facebook several years ago. And that has been great, but it was wonderful to see her again and meet her husband. I hope we didn’t bore him too utterly with our reminiscing!
We had a delicious dinner at the Breakfast Creek Hotel – my pictures aren’t very good so I pinched Susan’s from Facebook. 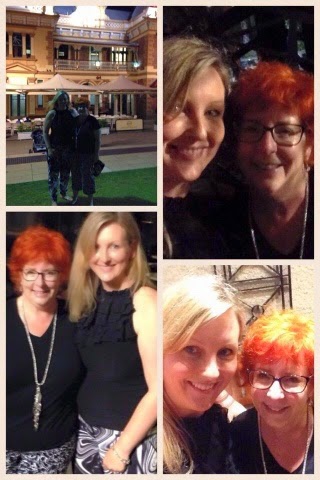