Part of the whole ‘we’re not in Kansas anymore’ aspect of being in Australia has to do, of course, with the flora and fauna. In Sydney there are beautiful parks full of beautiful trees. It is summer here and there are trees and shrubs flowering – some look familiar to us as house plants, but here they are big. And the birds are all different. I looked up at one point because I heard a harsh squawking – and there was a sulphur crested cockatoo, just flying around like it was a crow or something.

We decided to go to the Toranga Zoo in Sydney to look at more local critters. The zoo is a short ferry ride across the harbour from downtown. Originally built in 1916, only a few of the beautiful old buildings remain as the rest of the zoo has been totally modernized. They had African animals: 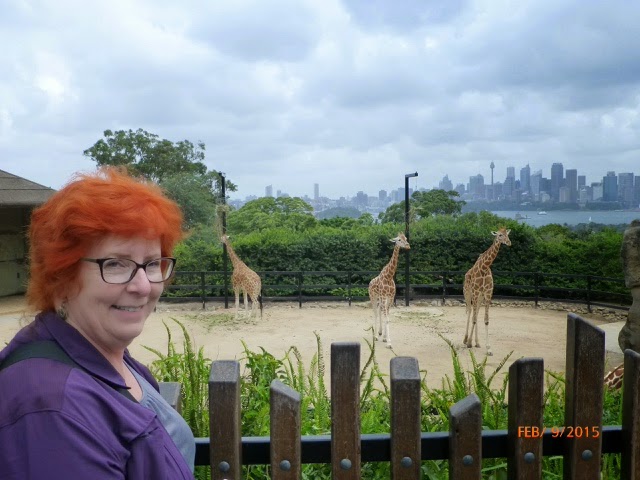 But we were really there to see the Australian animals. We saw the platypus in its special dark house – no pictures, but I will say that they are much smaller than I expected. We have both seen emus and ostriches – and there were emus here. But neither of us had see a cassowary. And the resident specimen was right down at the fence, giving us the hairy eyeball. 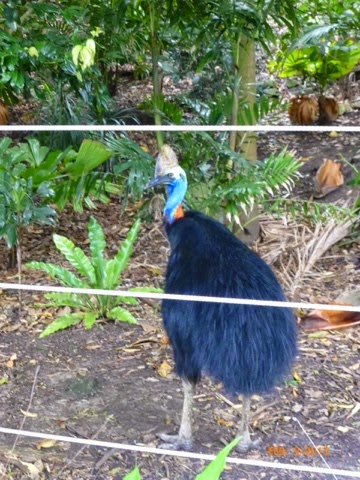 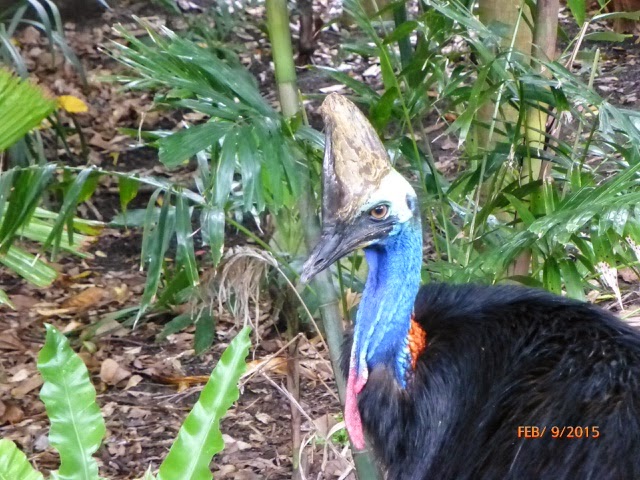 Isn’t that a fabulous face! With all the research being done on dinosaurs and whether they had feathers and coloured skin – well there is definitely something of the dinosaur about this critter.

And then there were these guys: 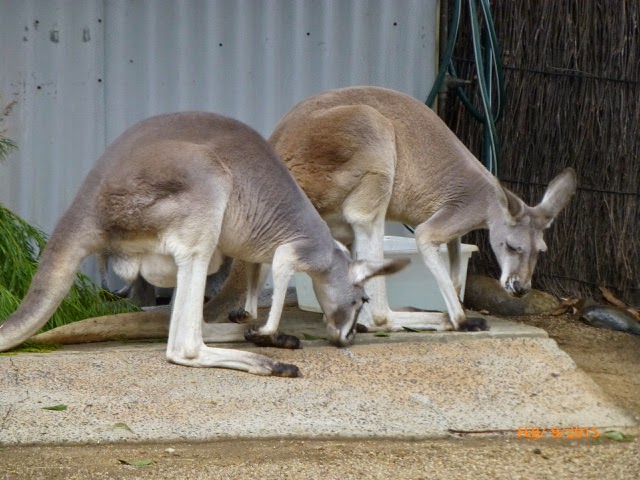 But I know what you really want to see. This guy: 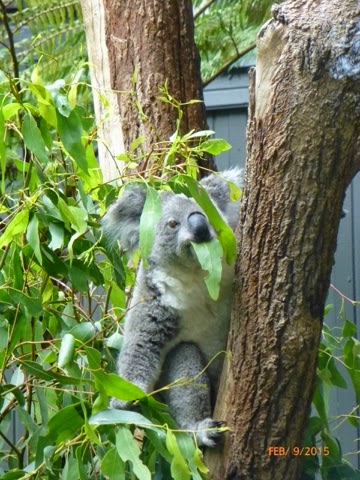 He only had his eyes open long enough to get that leaf in, then it was: 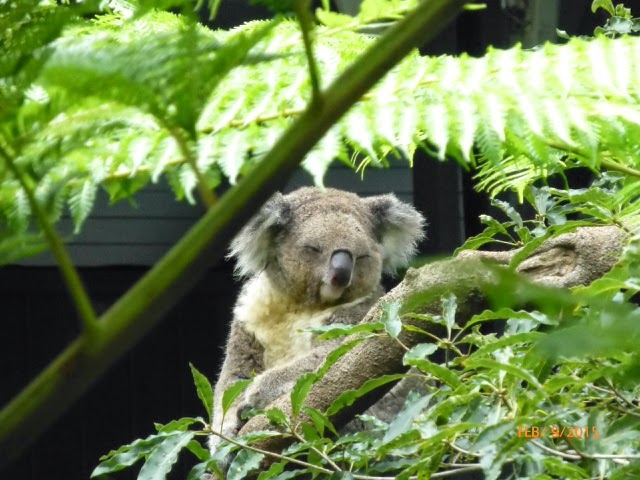 He was positively scintillating compared to this guy, though. 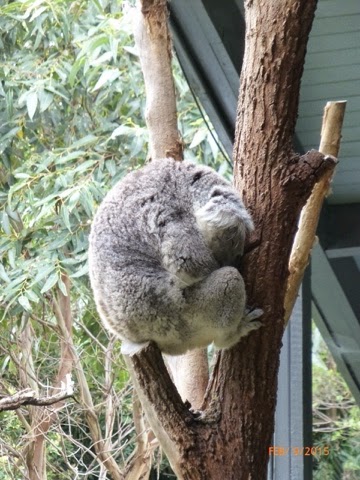 Doesn’t look very comfortable, but what do I know!