Skip to content
Every so often we see a magazine called ‘Cornucopia’, which is all about Istanbul. A recent issue had a long article about a new naval museum that holds a collection of the barges of the sultans.  The pictures were spectacular and we decided to go there.
Barge – that doesn’t sound very interesting, I know. The word used in the museum was ‘caique’. They are an open, rowed boat used to move the sultan, members of the imperial household and high ranking officials through the waters around Istanbul. The collection now resides in a purpose built museum which is lovely in and of itself. 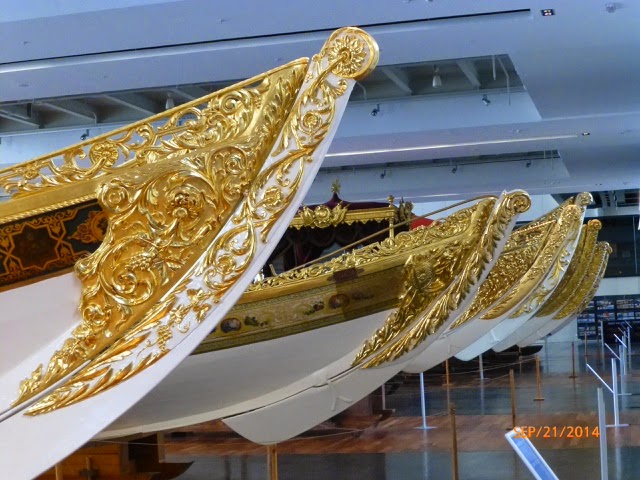 Extensive restoration (and pounds of gold leaf) have returned the boats to their former glory. 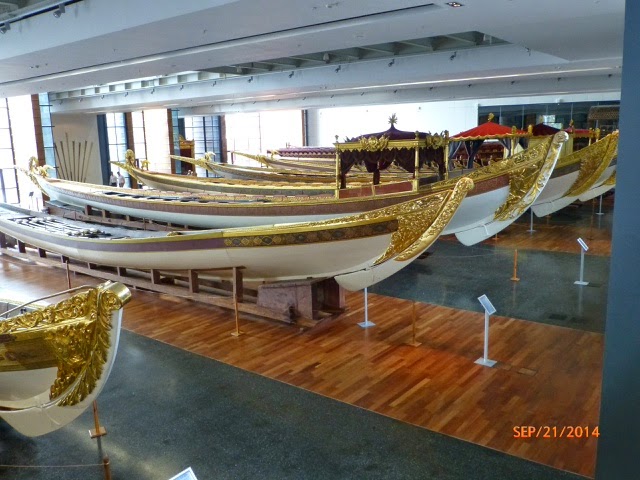 In addition to the boat collection there was a special exhibit of works from the naval woodcarving shops, which displayed name plates and other decorative pieces from both sail and steam military vessels. No mistaking who you were dealing with when you saw these guys coming….. 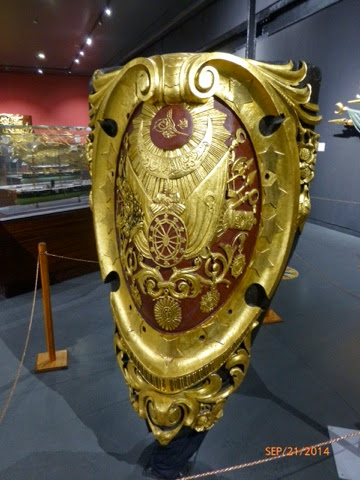 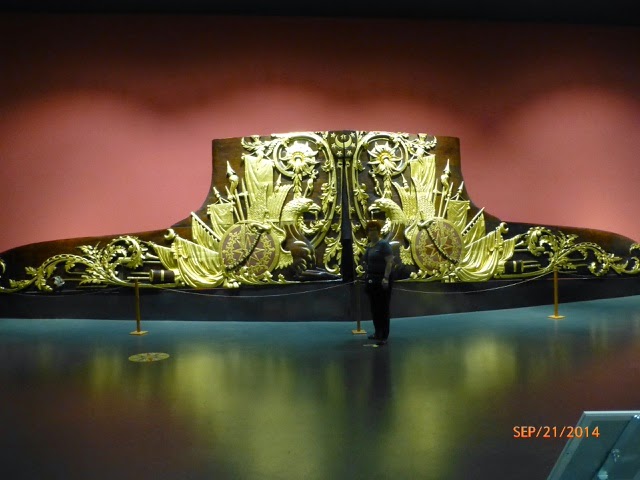 It was a lovely museum, all signage in English – very interesting. Once we left the museum the next item of business was lunch. We waded into the streets of the neighbourhood. Since we were right on the Bosporus fish was the thing. Again, we were out of the tourist area and we could look about without being half dragged into restaurants by over enthusiastic waiters.
September is hamsi season – that’s anchovies to you and me. 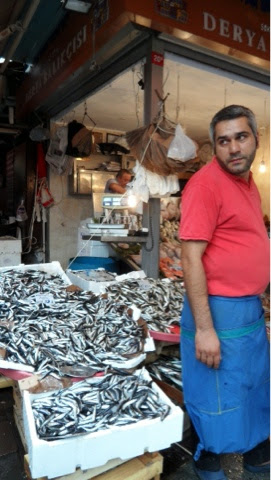 From this guy to the place next store: 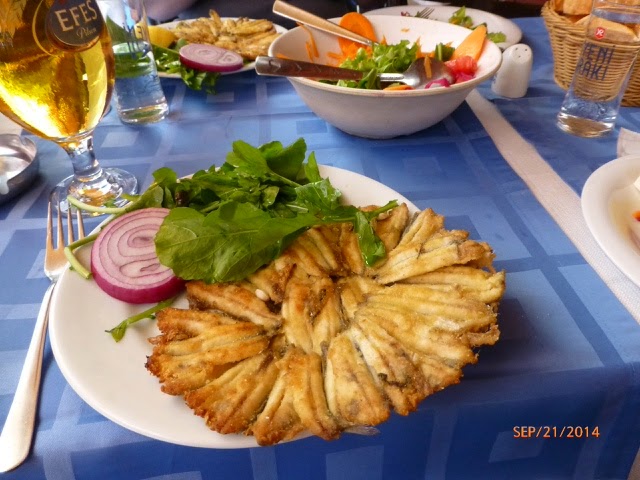