Skip to content
Before Istanbul, there was Constantinople. Not a lot of the Byzantine city is left. The Hagia Sofia is one example – first a church, then a mosque, then a museum. The bell tower became a minaret and many of the interior decorations were altered or covered over.  Restoration work has returned many of the mosaics to their former glory and they are beautiful. The scale of the building means the mosaics are huge – and quite far away. There is another Byzantine church in Istanbul, however.  The Chora church once stood outside the city walls ( in the boondocks, the information sign so helpfully said…). It too became a mosque, then a museum, and it has beautiful mosaics. The difference is the scale: 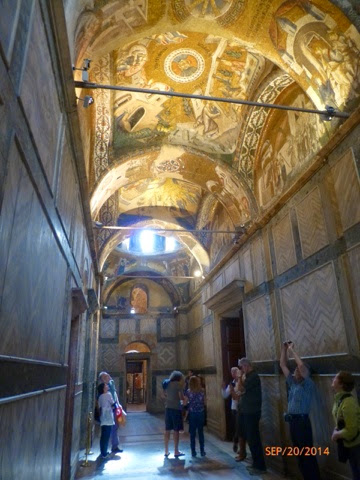 The church is quite small and it is off the main tourist track so the feeling is intimate and uncrowded. 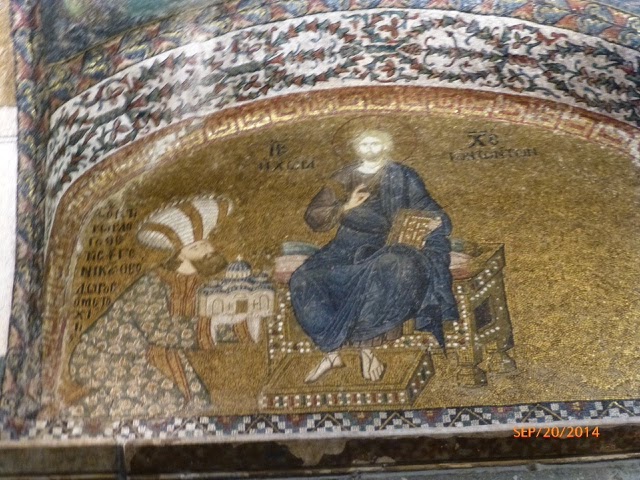 To get to the Chora church we took a ferry up the Golden Horn from downtown. The last stop was at Eyrup. There is an important mosque there that is a major site for pilgrimage, so we went to take a look. The mosque itself is small and modestly decorated. 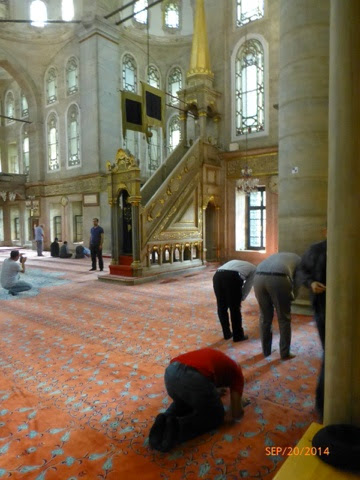 There was a fellow there who insisted on taking everyone’s picture. 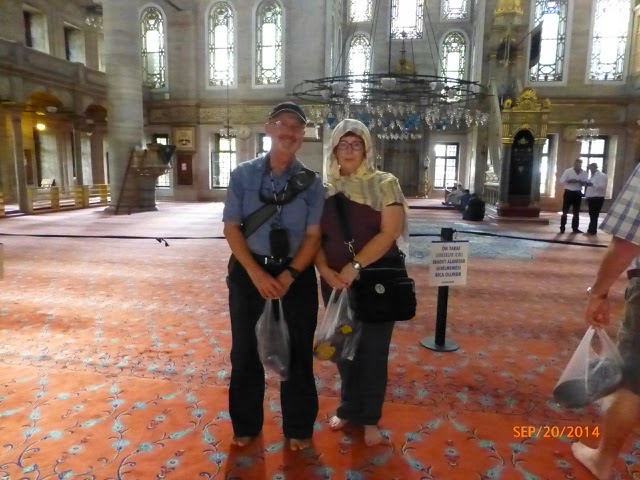 While the mosque is small the attraction is a tomb in the courtyard, which is subject to much veneration. The plaza outside is huge and they clearly handle big crowds of worshippers.
Sometimes, being in a country where we know neither then language nor the culture means we run across things that really have us scratching our heads. From the mosque to the church was a long complicated uphill walk along the ancient city walls. There was a zig when there should have been a zag and we were on a street beside a really big mosque. The street was filled with vintage (1950 & early 60’s) cars and contemporary motorcycles. And in the cars and on the motorcycles were women in wedding gowns. Some were driving, most were passengers. There were two bands. A truck full of photographers. These were not demure real brides. They seemed more like brides via the Las Vegas strip. Hooker brides. Some of the women seemed quite well known – people were rushing up to take selfies with them. 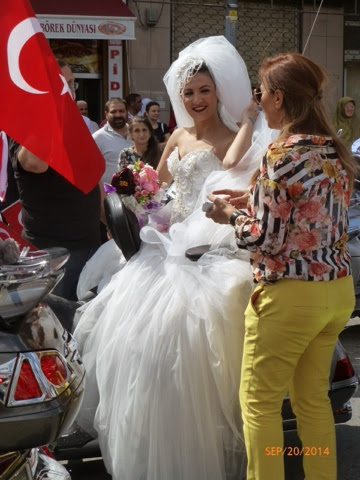 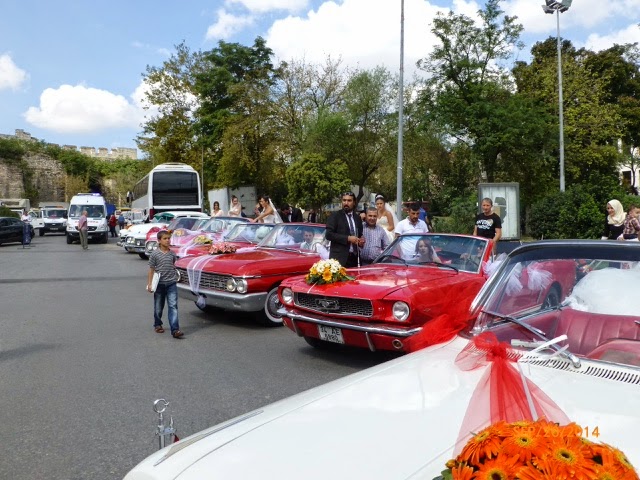 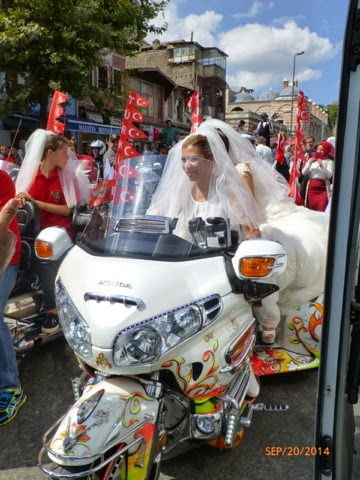 And we couldn’t find anyone who would admit to speaking English. Eventually the parade headed of down the street, snarling traffic, leaving us scratching our heads. Eventually a guy managed to say that it was a festival of weddings. Okay, then. We asked the concierge at the hotel and he had no idea, couldn’t find it on the ‘net.  Just a Saturday afternoon happening.