then comes the desert. And I must admit when we arrived at Muscat, in Oman my first thought was ‘Wow – they must be some tough people to live here’. The city itself is green enough, but it backs right up against the most desolate range of low mountains. Not a blade of grass to be seen. Until the early 1970’s there was very little here, so the Sultan has gotten a lot done since he took charge.

One of the main things to see is the mosque. There seem to be many ways of measuring how big a mosque is – by some reckonings this one is the third largest in the world. When we saw the mosque in Casablanca it was the second largest – don’t know if it still is. Anyhoo, the mosque in Muscat. Oman is a very conservative country, and we were told repeatedly that we would have to be covered up for this tour – long pants and sleeves for women, nothing low cut and our heads had to be covered. This did not stop many people from showing up on bus in crop pants, short sleeves, you name it. Before we got off the bus the bus driver inspected us and issue abayas (long sleeved, floor length black coats) and or head scarfs to those who didn’t pass. Before being allowed into the grounds we were scrutinized again by a policeman – a few adjustments but no one was rejected.

Was it worth it? Yes, it was. A lovely lovely garden and building. Enormous crystal chandeliers, a huge rug, carvings, tile work – all just beautiful.

After the mosque we visited the souk – one of Oman’s special items is frankincense. It smells fantastic. There was lots of tourist stuff, but it was also a souk for the Omanis, so it was fun to visit. 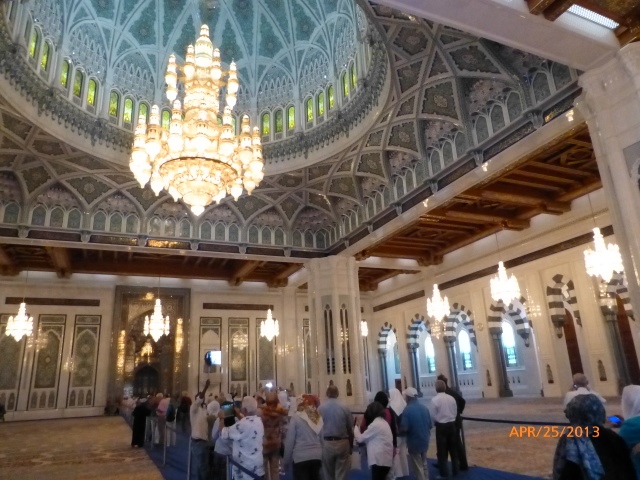 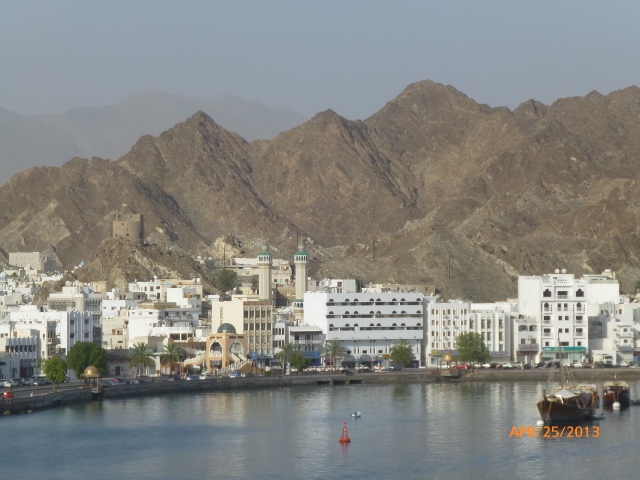 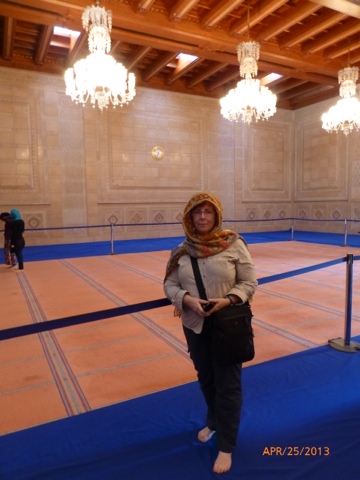 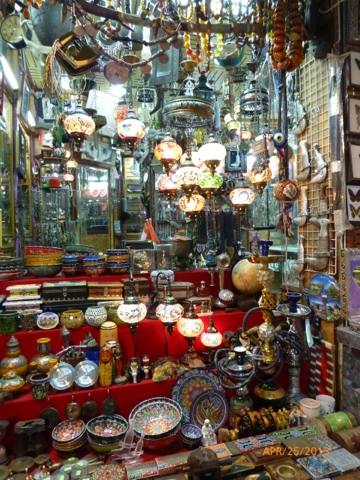 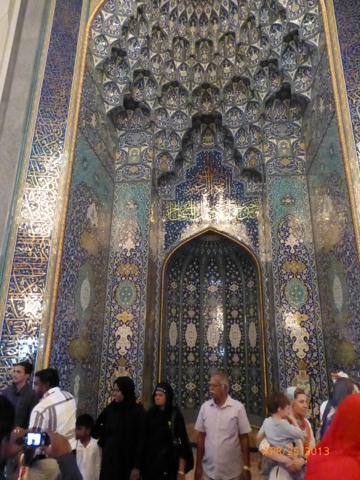