Bombay is a huge city, and a city of contrasts. Our second day in the city was a long tour that stayed in the central part of they city. We had an opportunity to see the old and the new, the rich and the poor, the busy and the quiet. We have heard said that nothing really works the way you expect in India, but that it does, in the end, work and we saw some of that.

We were on the bus and underway by about 8:30. The shops and offices don’t open until 10:00, so things were pretty quiet as we started out. We took a second look at the Gateway to India and the Taj Mahal Hotel (scene of the 2008 terrorist attacks, all back together now) and rode along the coast of the Arabian Sea on Marine Drive before diving into the business district. We were moving against the flow of traffic, so we could move along quite easily but the oncoming commuter traffic as pretty grim.

A note about the traffic. By North American standards it was un-frickin-believable. However, in the central city, at least, it did not live up to the chaos we’ve seen in Bangkok. Or Palermo, Italy, for that matter. No tuk-tuks allowed in the central part of Bombay, which is probably what keeps it all from unravelling.

Our first stop was at a Hindu temple called Babulnath. It is a temple devoted to Lord Shiva, and Monday is his special day so everything was super busy at the temple. The temple is located in area of small streets so the bus paused to dump us out in the middle of the action. Small stalls selling fruit and flowers for offerings. A couple of cows to provide milk for offerings (or buy it in bags from vendors). We walked up a small street past low apartment buildings, past the cow pen, past secondary shrines to other deities, past trees growing out of the side of buildings and electrical wires strung all over. We waited to take an elevator up to the temple itself – they piled us in in batches and we tried not to think about the wisdom riding in the very rickety looking set up. But – safe and sound we made it to the top.

Hindu worship is non-congregational. People arrive with offerings, ring a bell to announce their presence, approach the deity or his animal representation (a statue of a bull, in this case) make their offering, say their prayers and move on according to their own timetable. So everything is happening all at once – it is quite a scene of noise and confusion. So, that was a first for us.

Back onto the coach to continue our tour. Being in the big bus meant we had great sight lines above the traffic and could see really well. The train stations and the university and many of the government buildings are high Victorian and really spectacular. There are new high rises going up all over. We saw the 27 story ‘house’ of one very wealthy family (5 people and 600 staff live there….) as well as knocked together little shanty towns tucked in little corners.

We were supposed to go to the Crawford Market before lunch, but a whole group of the vendors there shut up shop and went out on a demonstration over a new tax, so the guides were busily re-routing the buses. We visited a the very beautiful Albert Museum, where we saw the elephant statue from Elephanta Island among many beautiful objects.

All the tour busses converged on the Khyber restaurant for a lunch of northern Indian food, which was excellent. After lunch we did get to the Crawford Market, which had reopened. Clearly, it is mango season but there was a huge selection of all manner of fruit and vegetable on display.

The tour was supposed to include a visit the Dabbawallahas, who deliver lunches all over the city of Bombay. But wouldn’t you know it they go on a pilgrimage to their ancestral village one week of the year and guess which week it is….. I guess everyone in the city has to carry their lunch with them or eat out this week.

All told it was 8 hours of touring around the city, and I’m sure we hardly scratched the surface. 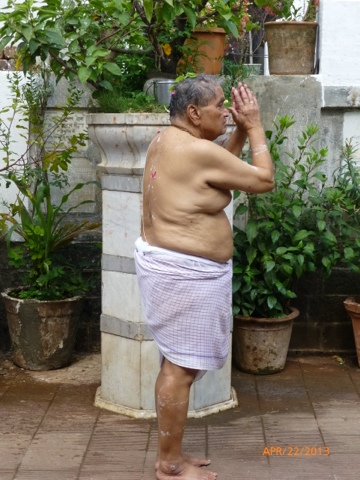 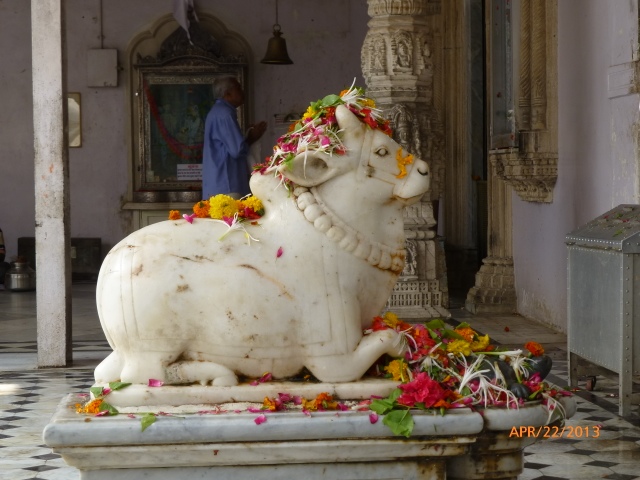 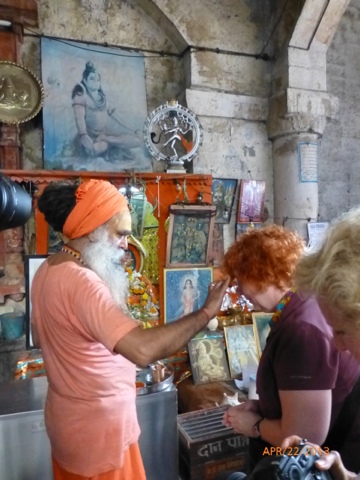 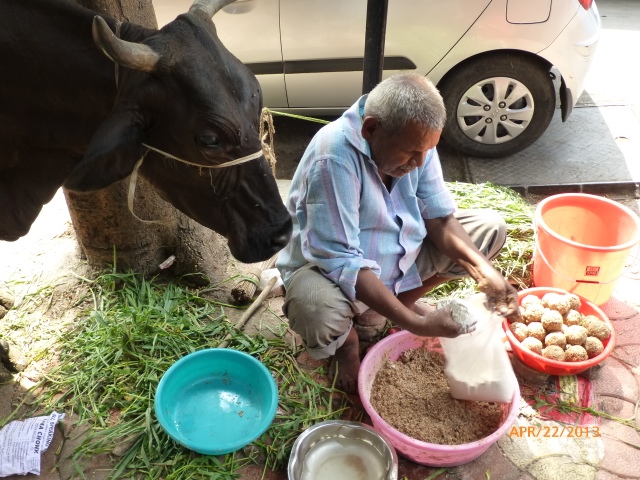 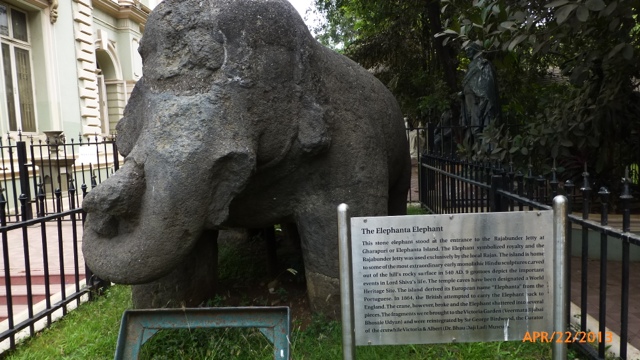 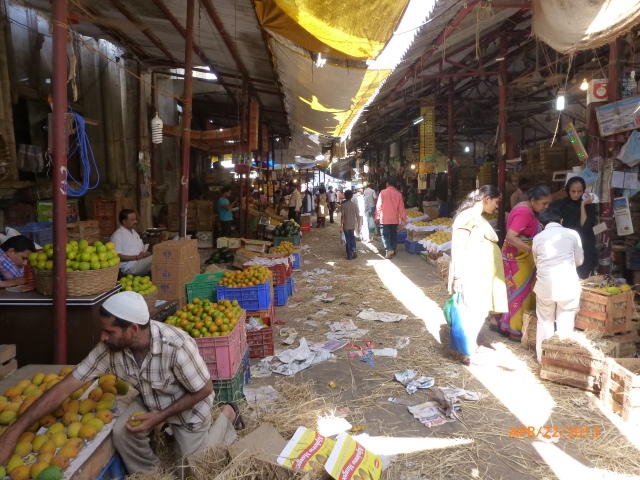