We arrived in Mumbai on a Sunday morning and were quickly off on our first tour. Rather than tackle the city itself we elected to take a tour to Elephanta Island. The island is about an hour by ferry from downtown Mumbai. Way back in the day the Portuguese arrived on the island and found a big stone statue of an elephant, which lent its name to the island. No actual elephants live there – just lots of macaque monkeys. The statue eventually was moved to a Mumbai museum, where we ran across it later.

What was on the island, at the top of a long hill, were a series of caves. The living rock of the caves has been carved into large rooms decorated with relief panels and statues. They are enormous and enormously detailed. The caves were carved in the 7th century but when the Portuguese were in the area in the late 1500’s they used many of the statues for target practice. Fortunately they managed not to destroy them all.

When we arrived at the island we rode on a miniature train to the foot of the hill. I think the train was there so we could save our strength to walk up the 120 steps to the caves. I know, it doesn’t sound like much, but even at 9:30 in the morning it was 35C. The stairs are lined on both sides with stalls of all sorts of souvenirs. The stall holders have thrown tarps over the steps all the way up. The good news – no sun beating on us. The bad news – no breeze, either. There were guys offering rides in a sedan chairs for those who weren’t up for the climb. But – up we went and everyone made it.

Our guide was very good, and very patient explaining things to us. The cave complex is dedicated to Lord Shiva, one of the three main Hindu gods. She explained the stories depicted in each panel or statue and showed us how to ‘read’ the sculptures – what various symbols and characters mean, who the players are and why they are represented the way they are.

As I mentioned it was Sunday. Our tour was underway early and we arrived in advance of the crowds. Oceania and the companies they hire to run the shore excursions have done a good job of managing things. On the popular excursions there can be 4 to 6 buses sent out from the ship, each with about 25 to 30 people. They can’t have us all land at all the places at the same time, so lots of juggling occurs to make sure all the arrivals are timed correctly. This can be a bit more of a challenge if we do have to be at the same place and time for lunch. Lots of text messages between the guides and drivers to keep it all working. And on Elephanta Island we also had a huge crush of Sunday day trippers from the city. When we arrived the crowds had not arrived and the vendors were just getting going. By the time we headed down it was a steady stream of traffic coming up hill and the vendors were working hard to get our attention.

When we left Mumbai from the pier behind the Gateway to India the plaza was almost empty – some street children begging,some vendors getting set up. When we returned the change was incredible – thousands of people getting on and off of boats, taking pictures, shopping eating and hanging out. 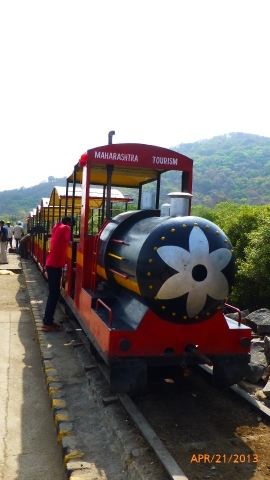 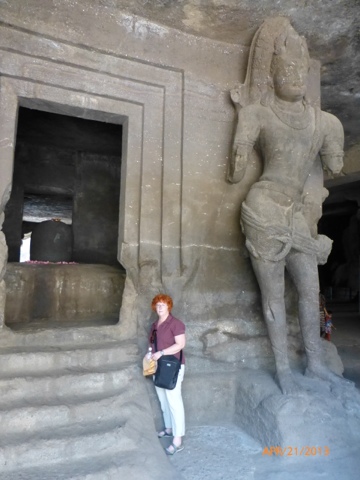 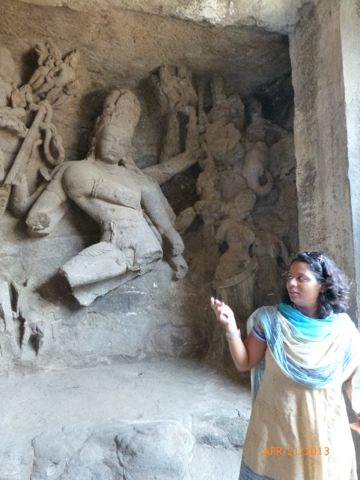 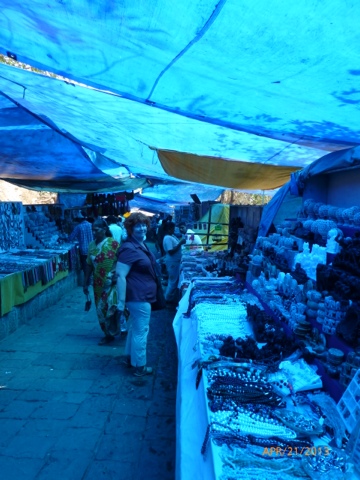 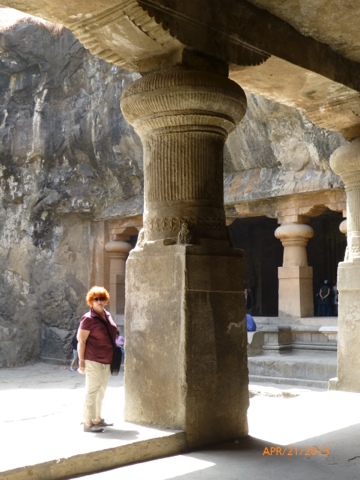 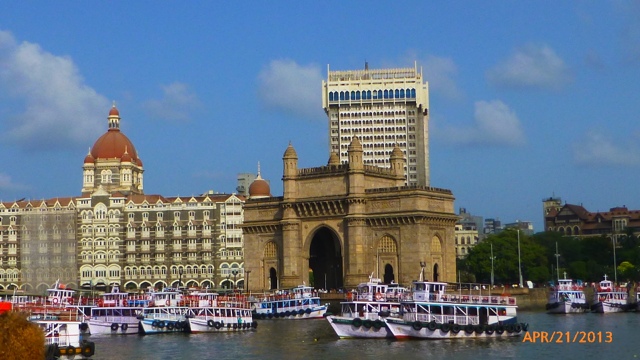