Phuket was our second Thai island tour. It is bigger than Ko Samui and much more developed. Apparently it was hard hit during the tsunami of 2004, but that was not obvious on our tour.

Our coach tour took us to three areas – Promthep Cape, which is an outlook with beautiful views, a temple and a cultural show.

At the outlook there was – not a temple, but a Buddhist site. It was a huge collection of elephant statues from large to small. My understanding is that the elephant is one of the four manifestations of the Buddha, and that this particular site it special to businessmen. They come here to pray for blessings. If their prayer is answered they return and leave a statue of an elephant – big blessings get big elephants, smaller ones, smaller elephants. It was quite a collection.

From there we went to a large temple complex, filled with beautiful buildings and statues. At this location when prayers are answered people ignite fireworks in thanks. We could hear them going off in several locations – they have a special brick kiln like structures where they are fired off.

Our last stop was a Thai cultural show – music and dancing from the four main areas of Thailand. After the show the women were all asking our guides ‘ How do they get their fingers bent back so far?’ The curved fingers are an important part of the look, and most Thai women can do it so a certain extent, but the professional dancers really work at it. We were all pushing on our fingers, but apparently you have to start very young! 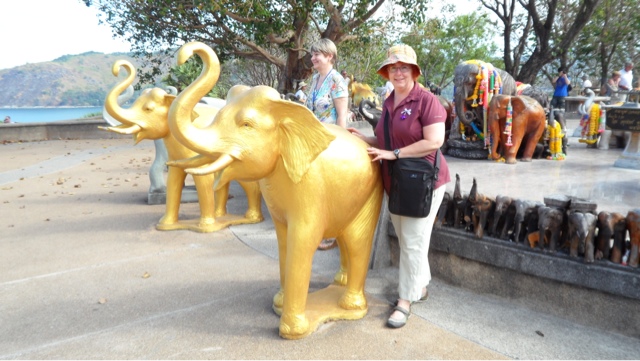 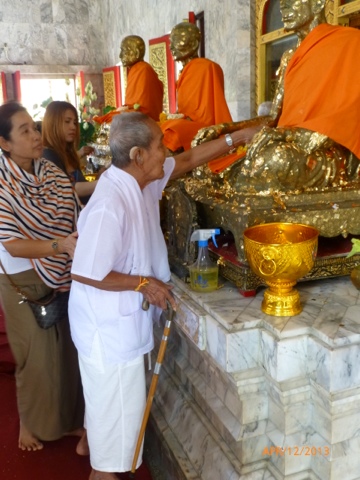 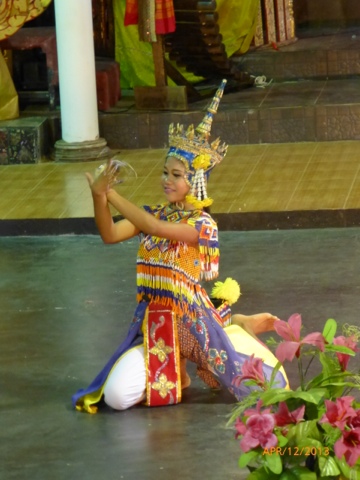 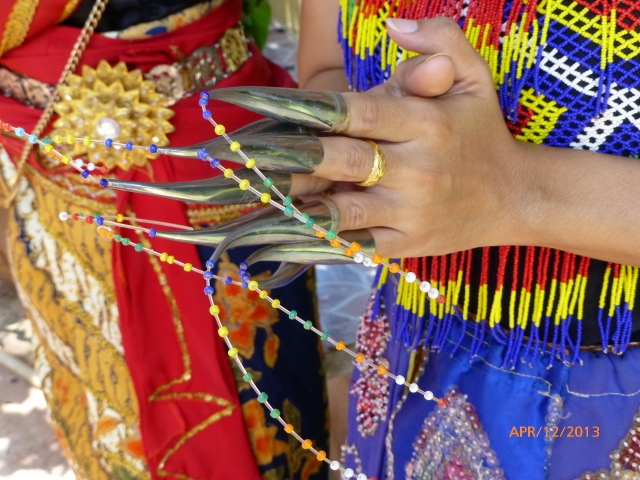