We didn’t plan any shore excursions for Colombo, Sri Lanka. Most of what the ship was offering seem to involve long bus rides into the country to look at something – tea trees, elephants – and then a long drive back. Since we weren’t even arriving to 11:00 a.m. we figured we’d just wing it.

In some ports we’ve been in a commercial port, but we’ve always been some distance from the container ship loading and unloading. Not so here in Colombo. There’s the passenger area, with shops, but then there’s a chain link fence and hello! Huge gantry cranes and all the rest of it. Being up on deck 7 we had a great view of it all. We could also see that it was a fairly long way to get out of the port and to the city itself.

While we considering our options a rain storm blew in. This was a torrentially torrential rainstorm of epic proportions. Complete with thunder and lightening. We went off to lunch to see what would happen. The vendors down on the pier threw plastic over their wares, but the containers continued to roll in and roll out on the other side of the fence.

After about an hour the rain stopped. Now it was only 94 degrees, but the humidity had climbed to 99%. Not only did we have the activities of the port to entertain us but the ship was being provisioned directly below us. The very excitable Italian executive chef was on the gangway inspecting every box of fruit and veg (and not everything was up to snuff)

We did decide to venture out and went down to the pier to see about a taxi. As it turns out it was a national holiday (Hindu New Year). Bad news – lots of things closed. Good news – no traffic! It was a good thing that we didn’t decided to walk out to the city – it would have been a kilometre or more through the port, much of which kind of looked like an industrial wasteland. Our taxi driver gave us a tour around the city for an hour, taking in the colonial district, the business district, the big Central Park, many temples and shrines. We stopped at the Galle Face Hotel, a lovely old hotel on the ocean. It faces onto a park, and that was where began to see crowds of people, flying kites and enjoying their holiday.

It was so hot and humid that the taxi was all steamed up – on the outside. Same thing in our stateroom when we got back. Usually it is very pleasant to sit out in the evening at the Terrace Cafe on deck nine. With the heat and humidity tonight everyone wound up down on deck five in the main dining room. Better luck with the air conditioning down there! 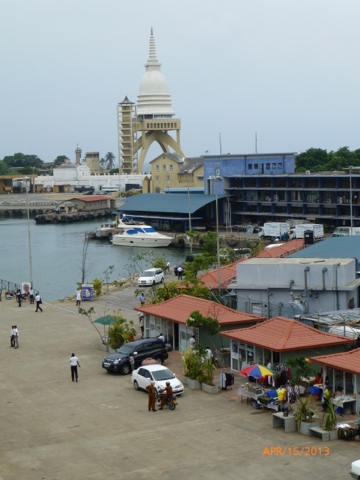 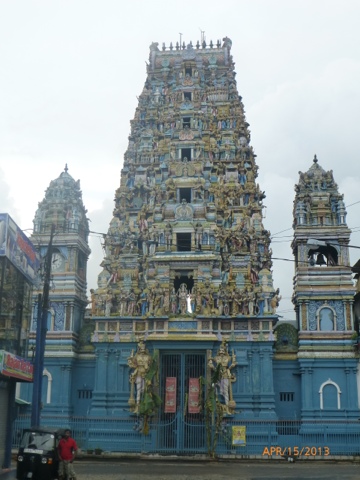 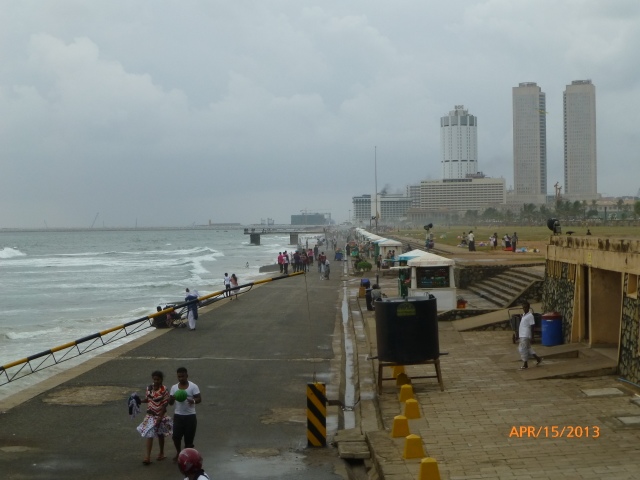