The Maldives are a collection of islands scattered in the ocean to the west of India. Our port was Male, the capital city. Male is a surprising place – it is an island (an atoll, to be precise) that is less than 2km square. It is built up from one edge to another, covered in buildings most of which are about 5 or 6 stories tall. The airport is on a separate island, which was augmented to make a runway. Its surprising to see the big jets come in and plunk down practically on the water. Another island is the commercial port. Needless to say there are lots of boats and seaplanes moving people and things around.

We had a short tender ride to the pier, where we picked up our walking tour. Considering that you literally cannot walk more than about 1.5 km in any direction without running into the ocean there is a surprising amount of traffic. Most of it is scooter traffic.

I keep talking about how hot it has been. Male may take the prize for the heat – we’ll see, we still have some hot places to go. But man oh man…. it was brutal. With so many buildings there weren’t may breezes. Our guide was good, though. He kept finding shady or air conditioned places to stash us so we could cool off. I’m sure he didn’t want us tipping right over.

The Maldives is a Muslim country, quite conservative, so we were asked to keep our arms and legs covered. Sarongs were issued at the national mosque for those who weren’t quite covered up enough (we’re looking at you, Wilf Lambo!)

In a city so small it didn’t take long to see the sights – the mosques, the national museum, the markets, the temples. Our guide took us to a restaurant where we could have juice or smoothies – no alcohol allowed in the city. A smoothie, the internet and air-conditioning – a great combination. I think our guide would have liked us to hire him for an afternoon of snorkelling, but by this time we were so totally wiped the heat and sun that all we could think of was getting back to the ship. And perhaps burning our clothes – thanks heavens for the on board laundrette! (I must say, however, that as we get into another week of the cruise the competition for the laundrette is getting pretty fierce. Not bringing out the best in people….) 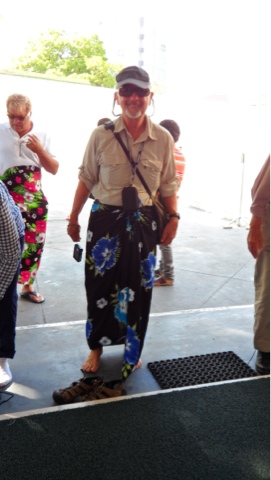 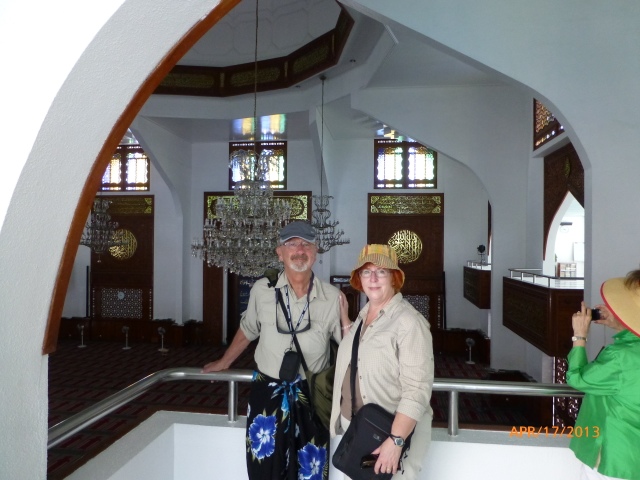 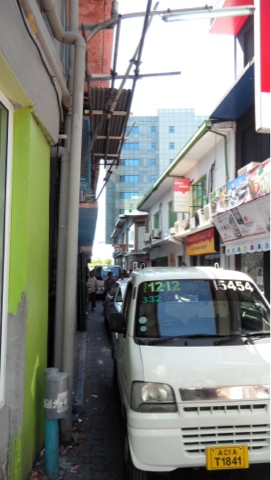 One thought on “A scattering of islands”