We had just a taste of Kuala Lumpur. Nautica docked at Port Klang, which is about an hour from the city. It is a huge port and is connected to the city by a big highway and the traffic was, thankfully, totally unlike the chaos of Bangkok. We didn’t really have a tour – just transport. Once in the city proper we were on our own, with a time to meet the return bus.

As with each stop on our cruise it was staggeringly hot. Too hot to manage much enthusiasm for shopping. But, the shopping centres in this part of the world are part of huge entertainment complexes. We set off by monorail and subway to the Kuala Lumpur City Centre area, which is where the famous Petronas Towers are located (said our guide on the bus – Dubai may have a taller tower, but we have Two!)

The Petronas Towers sit atop a huge shopping centre. Wilf had the name of a restaurant on the top floor, and we managed to scoot in just ahead of the noon time crowd. It was Malay food from the Penang region – don’t know what most of it was, but it was good. Next door was an enormous Kinokunya bookstore (a Japanese bookstore chain – we checked it out in Japan and they also have a branch in Seattle) where I was able to get a bookstore fix.

We walked around outside and admired the gardens before heading into another part of the complex to see their aquarium. Turns out is was school tour day, so it was Wilf, Sharon, school teachers and several hundred kids – all in uniform, girls in head coverings. It was a nice aquarium, but apparently Dubai has the one to see (this is turning into a theme for this cruise – everything is bigger in Dubai! I guess we’ll see.)

Turns out Kuala Lumpur has an elevated walkway system that connects the City Centre complex to the main downtown shopping centre. Much like Calgary’s Plus 15 system it had us back to our meeting place very quickly, where we were able to get a frappucino and some internet time before heading back to the port. 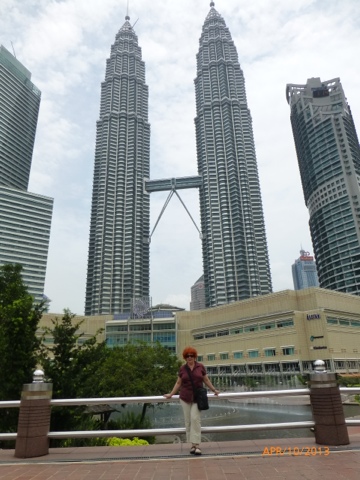 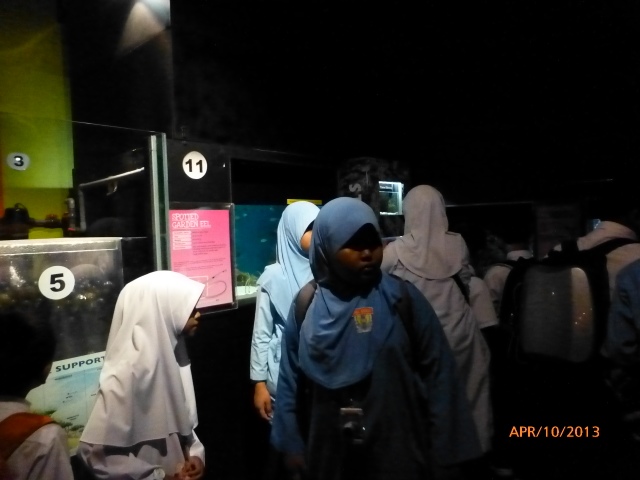