One of the things we wanted to do on this trip to Japan was go to a Sumo wrestling match. A series of championship matches rotates through the country during the year, and the big match in the late Fall is in Fukuoka, on the Southern island of Kyushu. Through the wonders of the Internet were able to order tickets and have them delivered right to us at home.

The tournament began on November 11, but before then we began seeing sumo on tv. Given that Japanese tv is pretty much incomprehensible we figured perhaps it was highlights of previous matches. We watched some and did some research on-line to prepare for the tournament.

Our ticket gave us access for the whole day, but we figured nine hours of anything, let alone sumo, would be way too much. We decided we would go just after 2:00, when the second tier guys were up, and watch them and the top tier guys. We were very relieved to be given a brochure, in English, about the history, the ceremony and the rules of the sport. We also got an English language version of the bout card so we could figure out who was who.

When we ordered our tickets we asked for seats with backs on them, which put us up fairly high, but there was no way we were going to be able to sit on the floor cushions for several hours. In the end it was sort of like being at the circus – there was so much going on all the time. And the preparation and staring and stomping before the match often took longer than the actual match itself.

It used to be that only the Japanese were sumo wrestlers, but that hasn’t been the case for some time. There are a lot of men from Mongolia, who are on the small side and therefore have to have some pretty fancy technique. There are also a handful of Westerners – mainly from places like Georgia, the Czech Republic and other former Soviet Bloc countries. They’re tall, and more obviously muscled than the Asian competitors.

Part of the fun was the audience. When we first got there the crowd was pretty sparse. Up at the top, behind us, there was one woman who was a big fan. She had this high clear voice and we could hear her calling ‘Gambare’ to her favourites. Gambare was the usual cheer in the building – it means ‘Do your best!’. By about 4:30 the place was really filling up – troops of school kids filling in the very top rows. During the early part of the day I could make out what the announcer and referee were saying but eventually there was just too much cheering and calling. At 6:00 the event was over for the day. The lobby was a free for all of shopping, and then everyone trooped outside, where express buses to the major subway/train stations were waiting to take us all away. 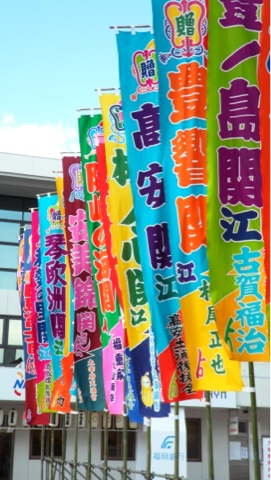 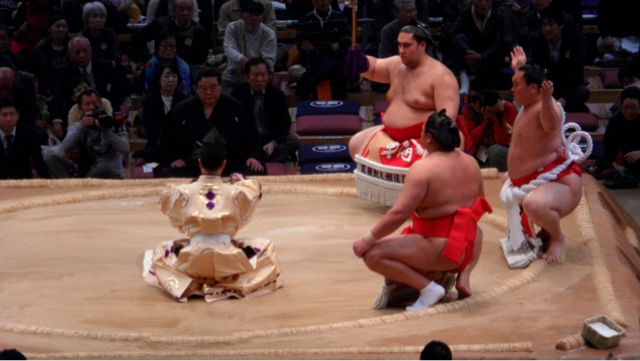 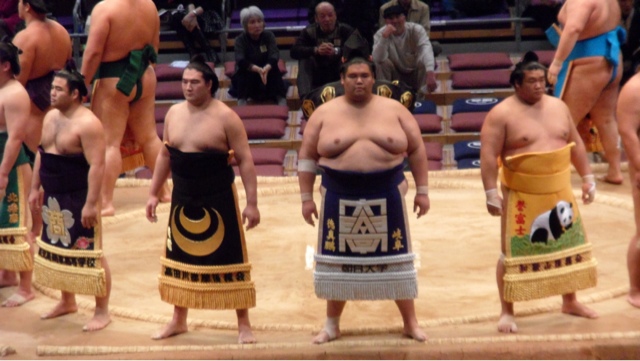 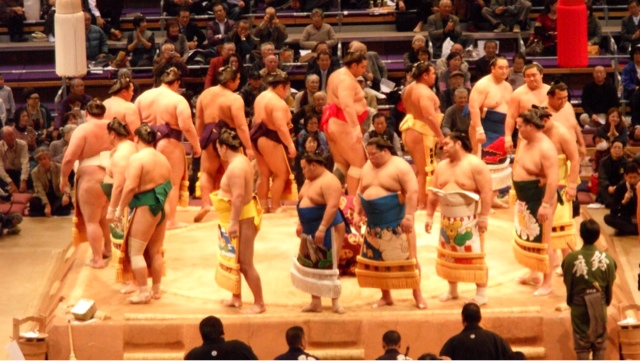 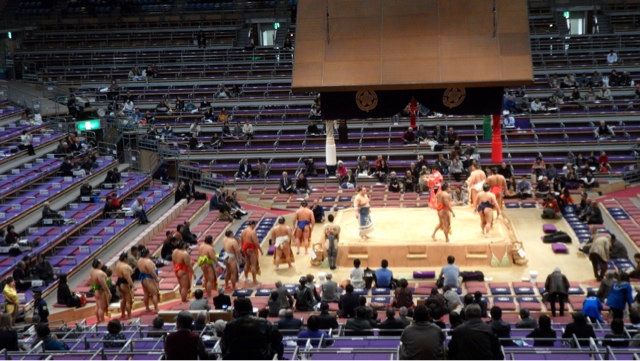 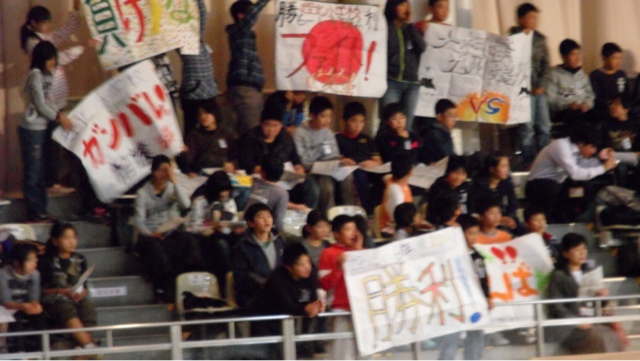 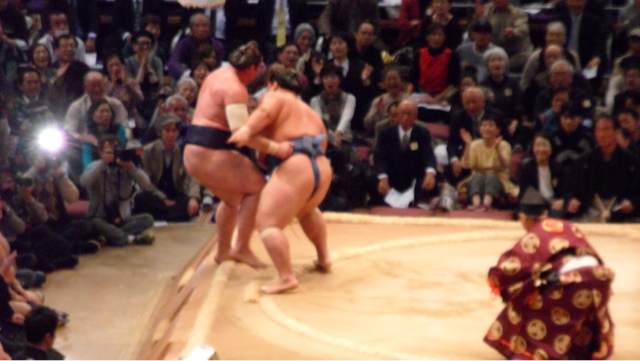 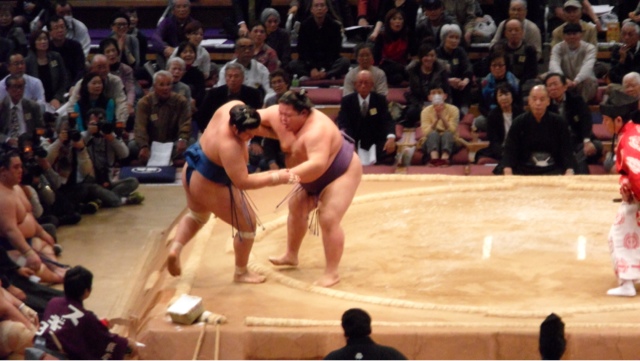