Part of the deal with staying at a Japanese inn (ryokan) is the food. The Sanga Ruyokan in Kurakowa included dinner and breakfast each day. These meals are major productions – it is kind of like going to a huge buffet, but they just bring you one of everything. By the time all is said and done there are usually about 12 different courses. Some are big things, some are just a few bites. The range of tastes and textures is quite amazing.

We had two nights to try this kind of Japanese food. We ate in the dining room, which divided up into little bays and cubbies. Our attendant looked after us and another table that we could see through a screen panel. She spoke a little bit of English and could give us some idea of what we were eating. We couldn’t always tell…. Overall I think I can say that we enjoyed both meals.

On the first night the centrepiece of the meal was chicken nabe, which is a hotpot dish cooked at the table, where chicken and vegetables are cooked in a light broth. After the chicken and veg are lifted out and eaten, rice and an egg are added to the broth to make a type of soup.

On the second night the centrepiece was beef suikiyaki, which is not a grilled dish. Again a hot pot is used, filled with a very rich broth, to which slices of beef and vegetables are added. We had a smaller bowl, into which a raw egg was broken. As the beef and veg were cooked they were taken out and swirled in the small bowl. Their heat would cook the egg a bit, making a sort of sauce.

On both nights, before and after the main course there were all kinds of dishes. Sashimi both nights – both fish, seafood and horse meat. There was a tempura course. There was fish – one night it was a whole small fish that had been grilled on a stick, the second night a different kind of fish was steamed and served with a vinegar sauce. There was tofu (very fresh tofu) done many ways. There was a huge variety of pickled things – vegetables, seaweed and fish. There was miso soup. On the second night we had a clear soup with noodles early in the meal and miso soup later.

Each night there was only one thing that each didn’t like. In both cases it was both a texture violation and an unpleasant taste. Might have been able to take the taste, but the texture turned out to be the deal breaker…

There was a dessert each night – something small and light – and a perfect ending.

Here are some pictures from both nights: 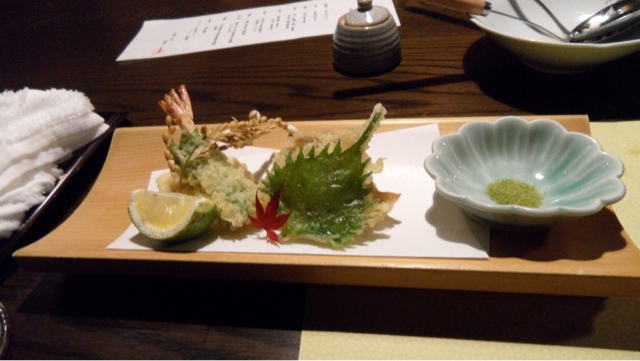 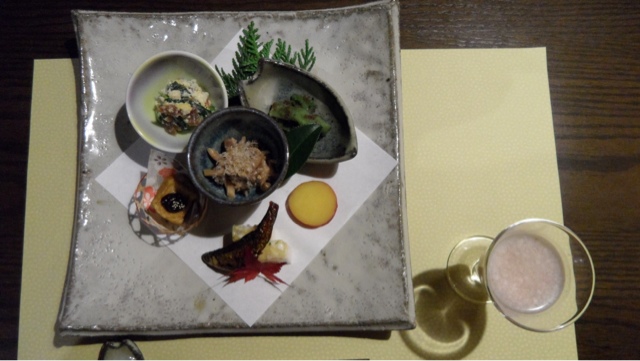 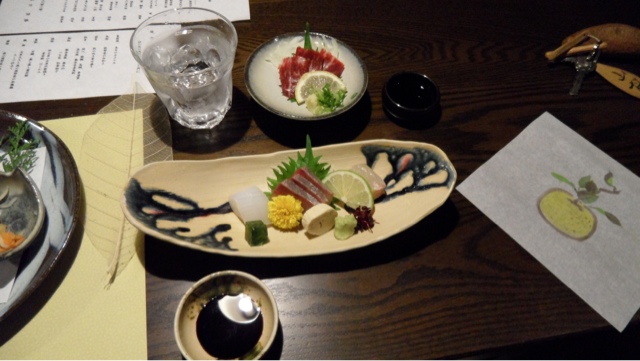 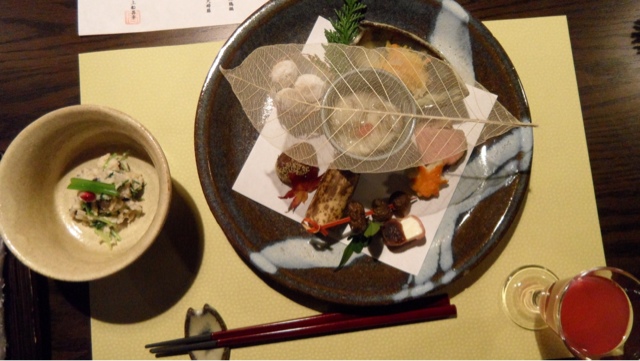 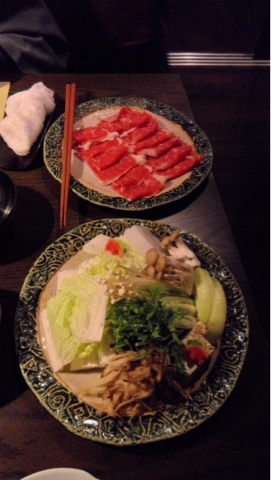 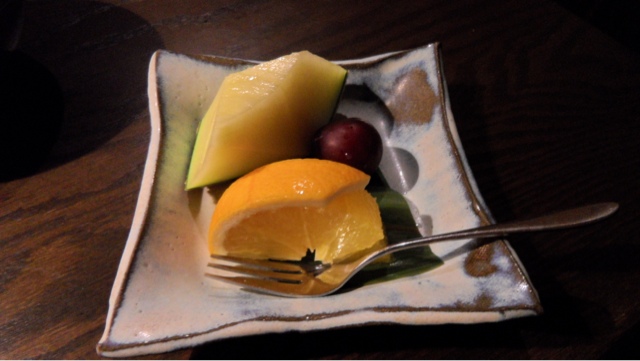 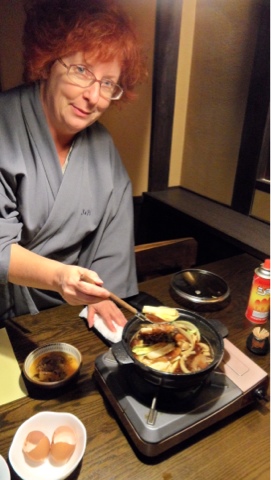 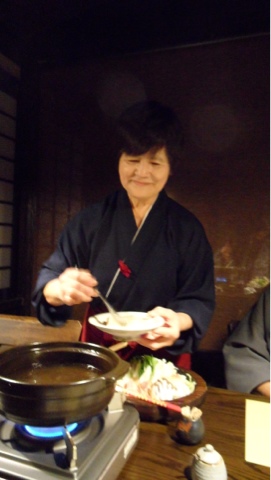 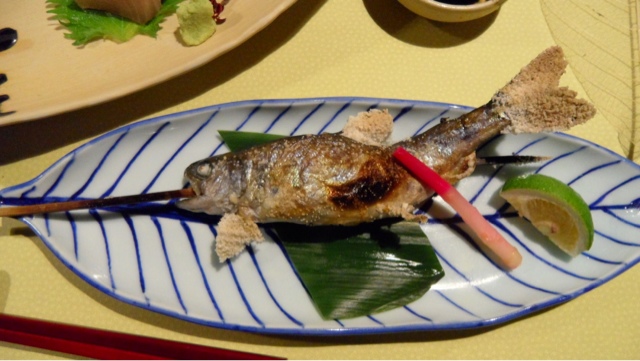