Okay, not Hell. But “The Hells”. All those lovely hot springs are one way that excess volcanic energy heat gets dealt with. The hot sands of Ibusuki are another. When we arrived in the coastal town of Beppu we thought we were seeing bits of fog or cloud snagged on some of the hills. But, no. We were seeing clouds of steam venting out of the ground here and there.

There are 8 ‘Hells’ in the hills above Beppu. We took the city bus up to visit three that are close together. First up was the ‘Sea Hell’, so called because the water the bubbles up is a lovey aquamarine colour. It is also well above 40 degrees C. They hang bamboo baskets of eggs in the water to hard boil them and you can buy them for a snack. They also have a lovely garden with a big lily pond filled with lily pads two and three feet across that a child can stand on. Heat from the hot water also warms a greenhouse full of exotic plants.

Next door was the ‘Monk’s Head Hell’ Here the hot water comes up through heavy thick grey mud. It comes up in huge bubbles that apparently look like the shaved head of a monk. Can’t attest to that, but they were pretty interesting.

Last up was the ‘Cooking Pot Hell’. Back in the day this was a place where people cooked their food. Now it has some really lurid statuary and some really fierce pools of super hot water. The water here is well past 50 degrees C. In some places is it red, other places is blue. Some of the Hells have onsens attached to them – we were told that the the spa at the monk’s head hell is very good for you, but you’ll smell like sulfur for a week after. Most of the Hells also had footbaths,too.

So, Beppu was the last of the geothermal adventures for us. On then to our last stop on Kyushu island – Fukuoka. 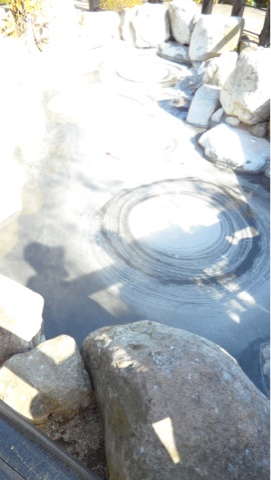 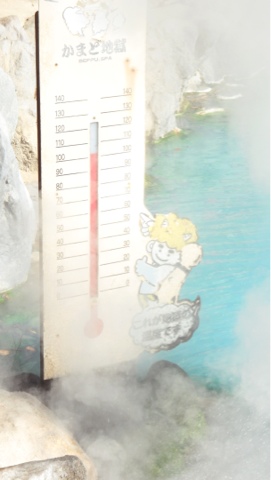 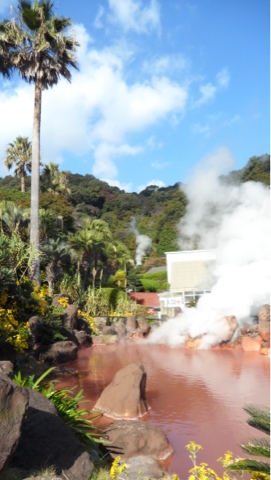 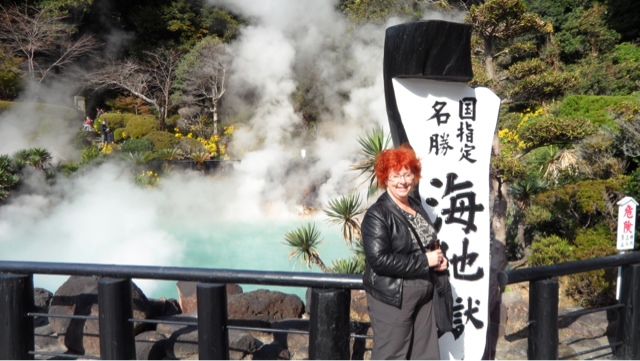 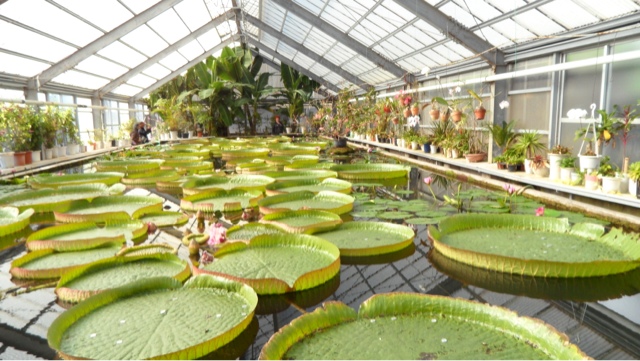 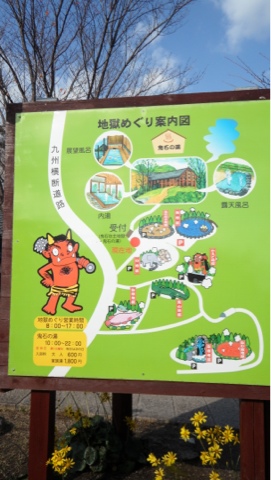 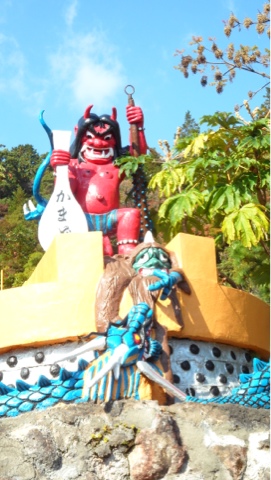