Tonight we had another culinary adventure. Wilf had read about a restaurant where you could catch your own fish and they would prepare it for you. Off we went, first by subway and then on foot. It turns out to be a huge place – like warehouse sized. In the middle are two big boats. And in the water – around the boats – fish! We told the waitress we wanted to fish and she brought a bamboo rod, a net and a shrimp for bait. And before you could say Boo – Wilf had caught our dinner. The waitress suggested half the fish as sashimi and the other half grilled, which is what we did. 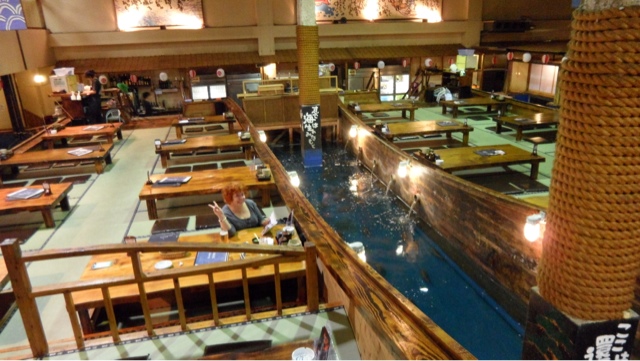 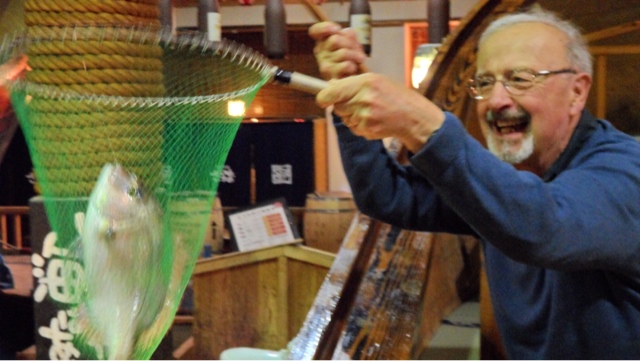 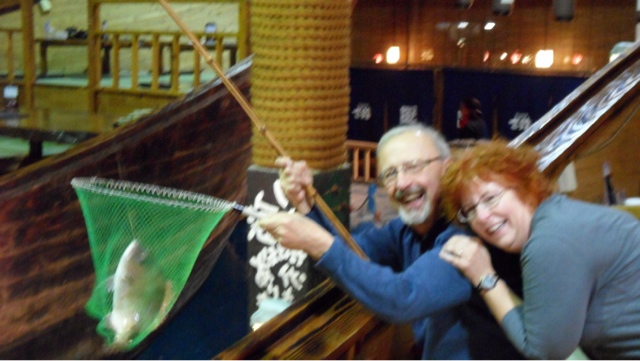 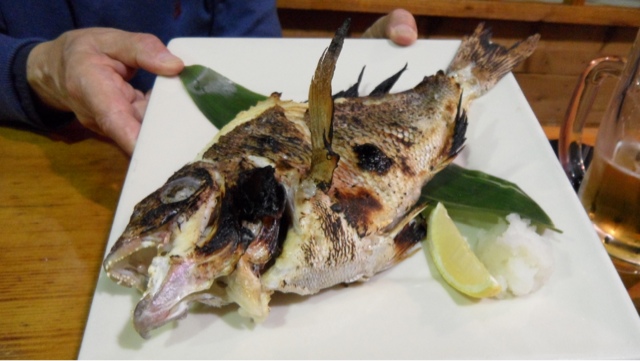 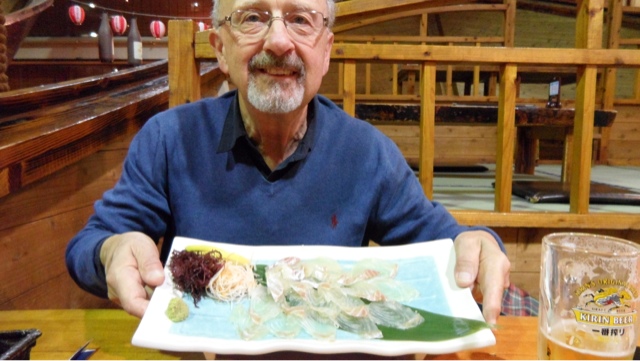