There was discussion between us about what kind of a trip our New Zealand adventure would be. Would we rent a vehicle and drive? Would we take a cruise around the islands? How much of the country would we see?

Lots of people from North America manage driving in countries that drive on the left side of the road. And I’m sure we could, too. But – we decided we didn’t want to. Taxis, transit, tours – they would work for us.

And that is how we came to be standing by the side of the road on a hot summer day, waiting for the shark bus to take us to Kelly Tarlton’s SeaLife Aquarium. The bus was pretty much as advertised…

We’ve been to many aquariums, but this one is unique in that it is entirely underground. Marine archeologist Kelly Tarlton had a dream to build an aquarium, and he found this site, which was a former sewage storage tank facility. Time and money and ingenuity – and TaDa – the tanks have been transformed into an underground facility. It was very interesting. Part of the facility was a reproduction of the Scott’s hut in Antarctica, along with information about the Antarctic explorers and the work that continues there.

Part two was a big display of Gentoo and King penguins, who live together in a snowy colony. 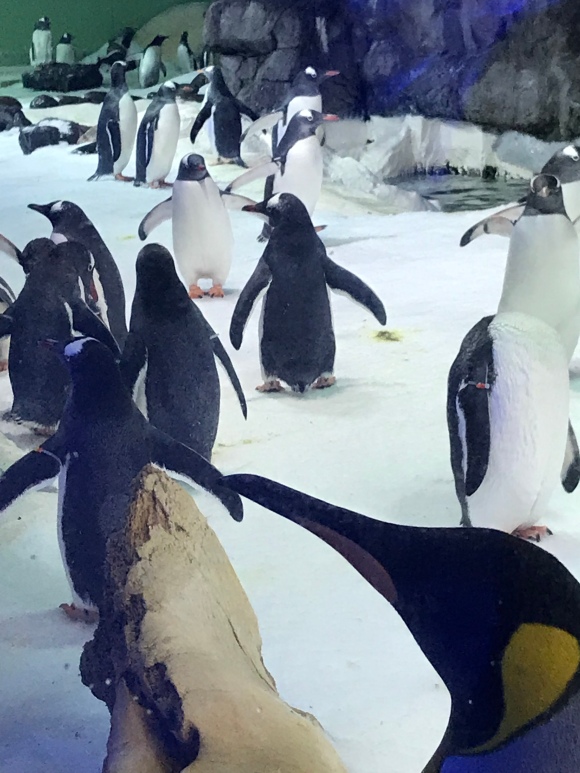 The third area is a large shark and manta ray exhibit. We’ve been to many aquariums where the displays have the tank above and around the viewers, often with a moving sidewalk to move the traffic along. This was first of that kind, and it is still going strong after more than thirty years. 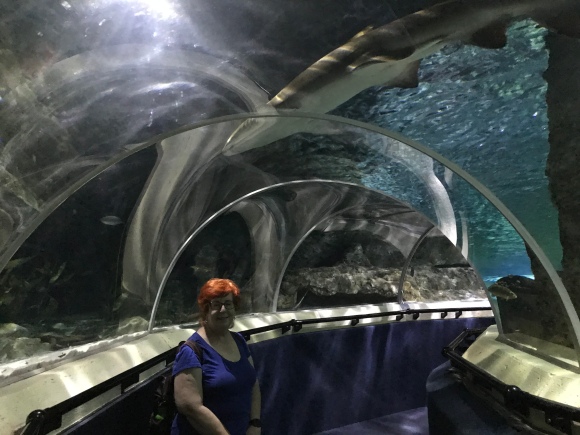 One of the things we enjoyed about this facility was the fact that it is so quiet. Even though it is summer here the facility was not packed with people. We’ve been to bigger facilities with more critters =- very impressive. But this was small,focussed and almost intimate. Really well done.

And how often do you get to ride in a bus shaped like a shark?