There is a huge aquarium on Okinawa Island – at one point it was the world’s largest – since superseded by Atlanta and then China. But still very worthy. It is at the other end of Okinawa Island, which turns out to be quite a way from Naha. And I’m not sure it would be a good idea to tackle a right hand drive car and be unable to read the signs. So – we took a tour. Got a chance to see just how many fancy beach resorts there on the west side of the island (answer – a lot!) 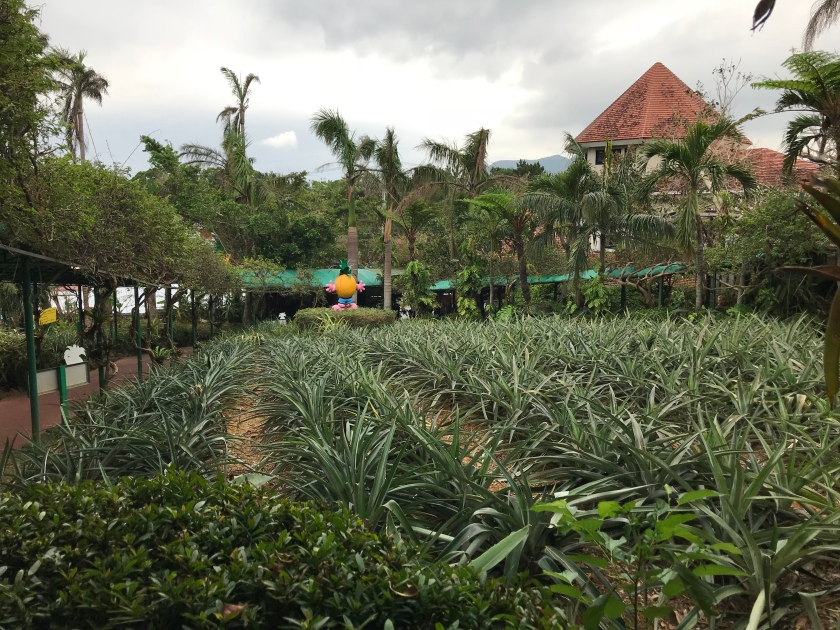 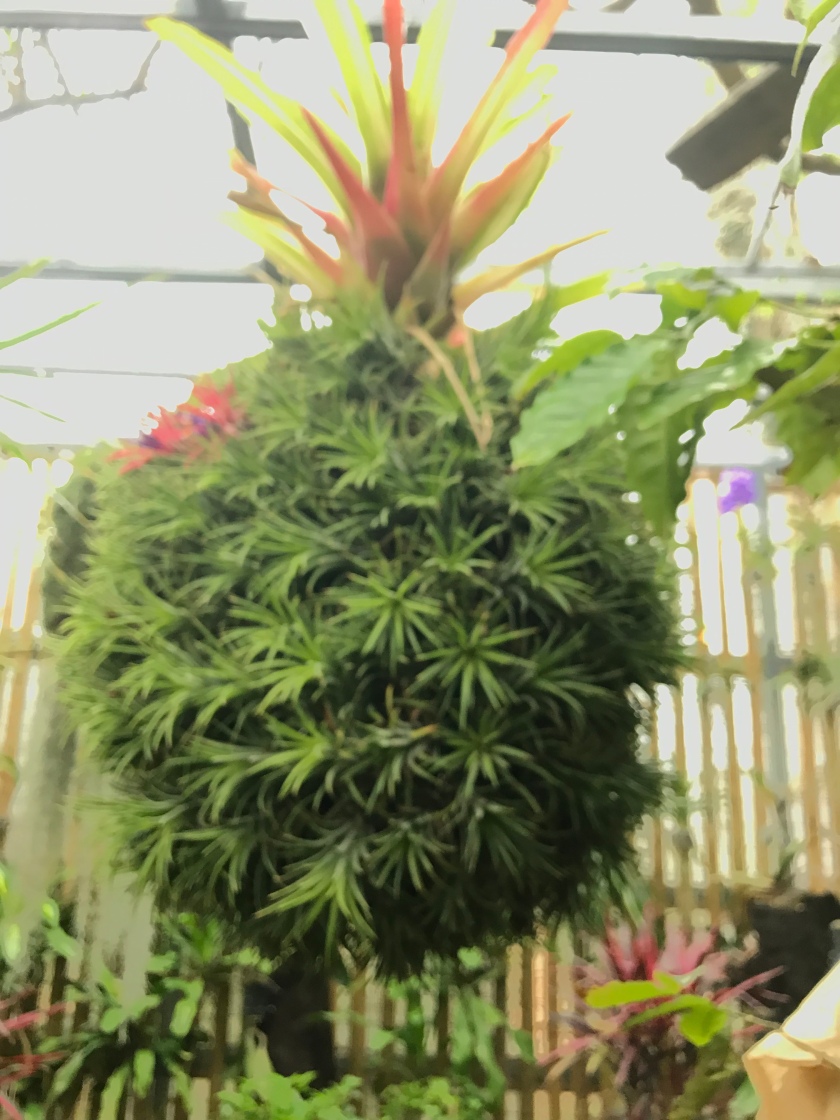 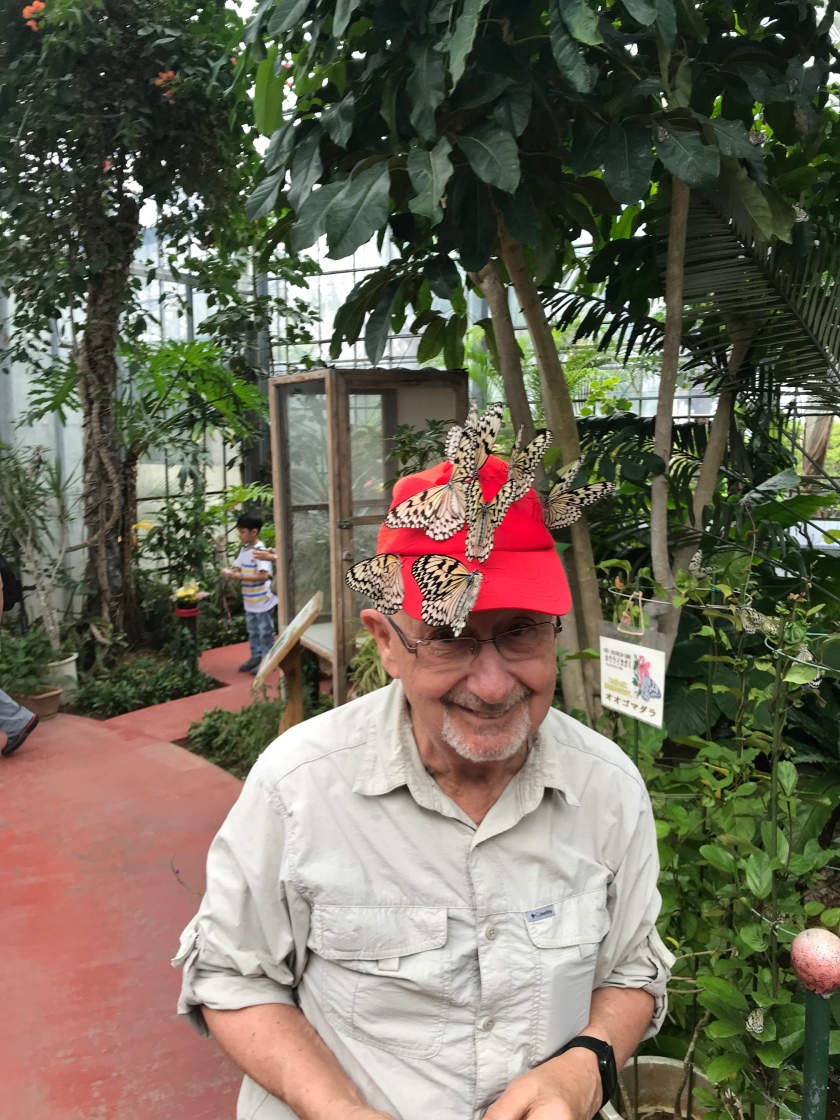 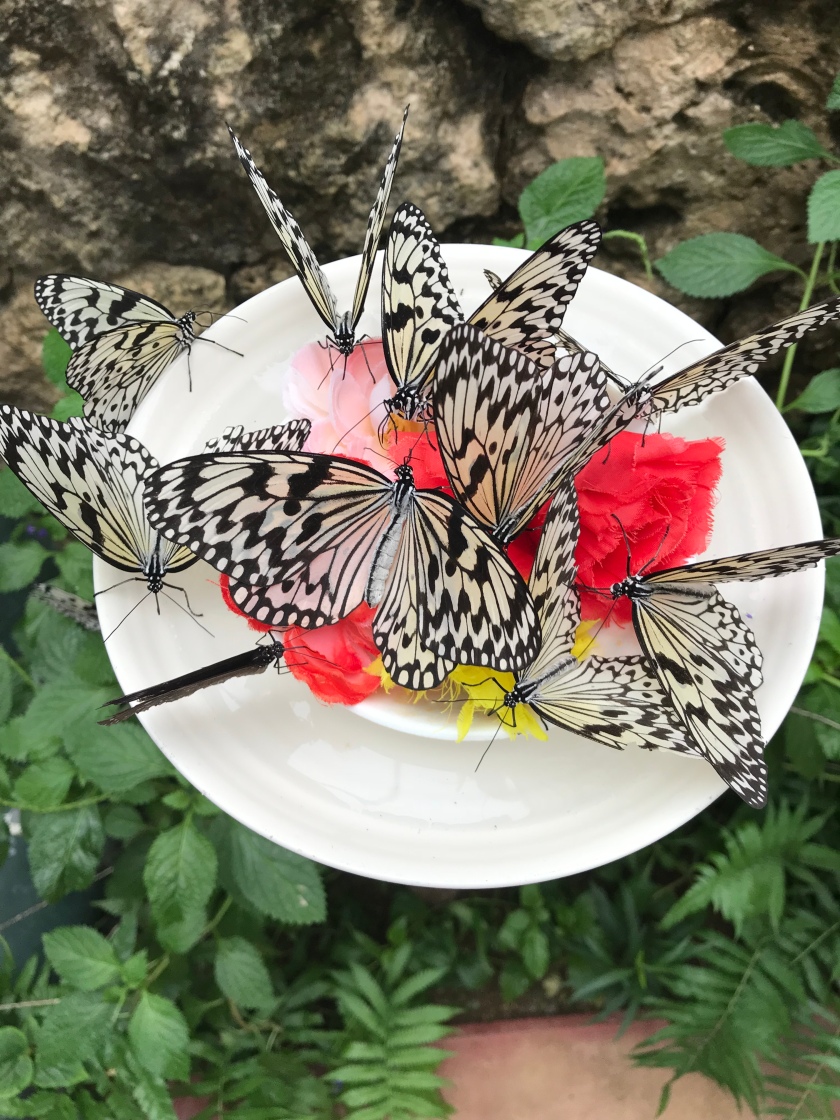 And finally – the aquarium. It is part of a huge complex with several exhibits, but we were all about water. Like the Osaka aquarium there is a huge central tank with a walk that spirals around it. The main attraction is the central tank, but around the outside are smaller displays and exhibits. It was all really well done. I like it when an institution keeps to its location. Rather than trying to show us everything about all the oceans they kept it to their area, for the most part.

But this is what we came to see: 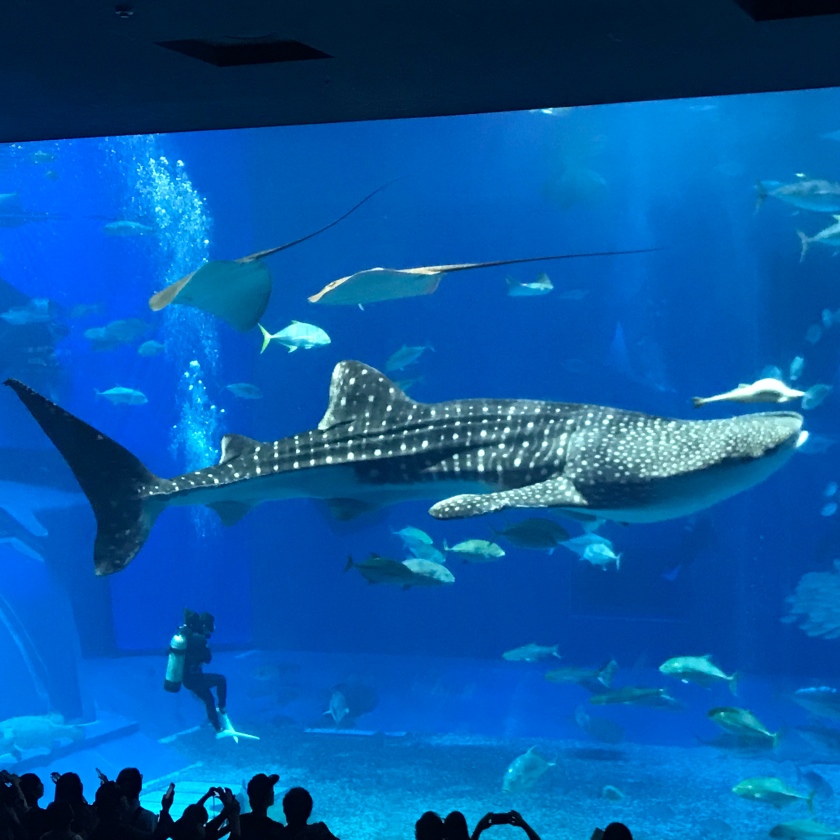 Huge whale sharks, schools of mantas. The diver in this picture is not on the other side of the tank – she is directly below the shark which is really that big.

We were there for feeding time, which was so interesting: