After several days of adventures in and around Ishigaki we flew to Okinawa Island and settled for a brief stay in the city of Naha. I had said that Ishigaki was sort of like Hawaii – if so then Naha is sort of like Waikiki. The main shopping street is packed with tourist shops – even for Japan it was heavy in souvenirs. 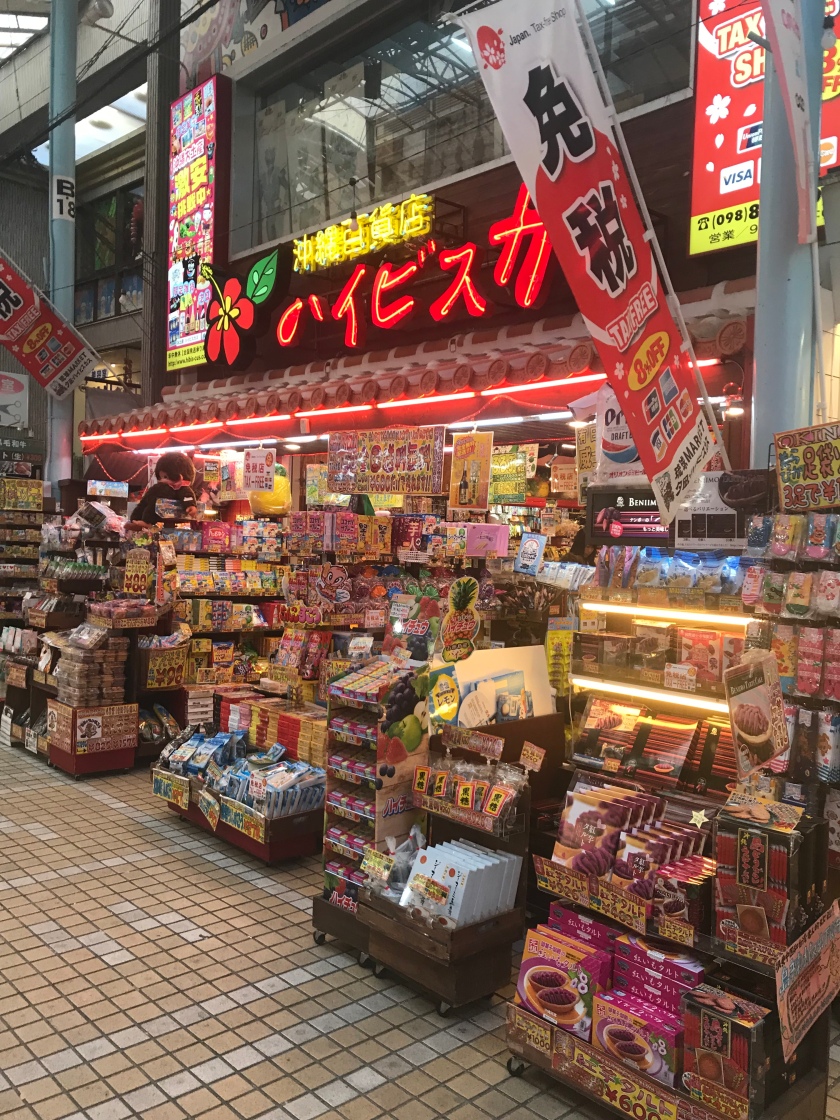 Note the stack of purple potato confectionaries lower right corner. There was even a Coach store to keep that Waikiki feeling. 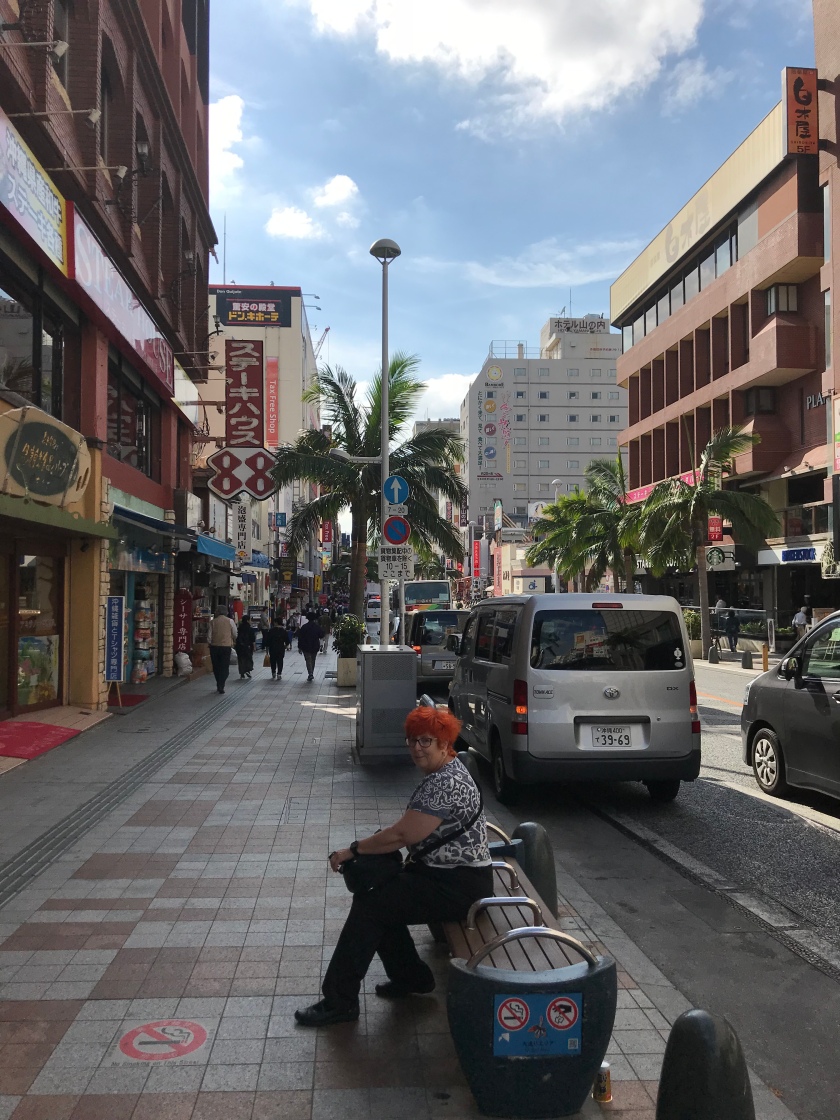 We visited Shuri Castle, the ancient seat of power for the islands. The castle, and most of the island’s structures, were destroyed in the Battle of Okinawa. The castle has been rebuilt and in fact the rebuilt outside was being re-lacquered while we were there. 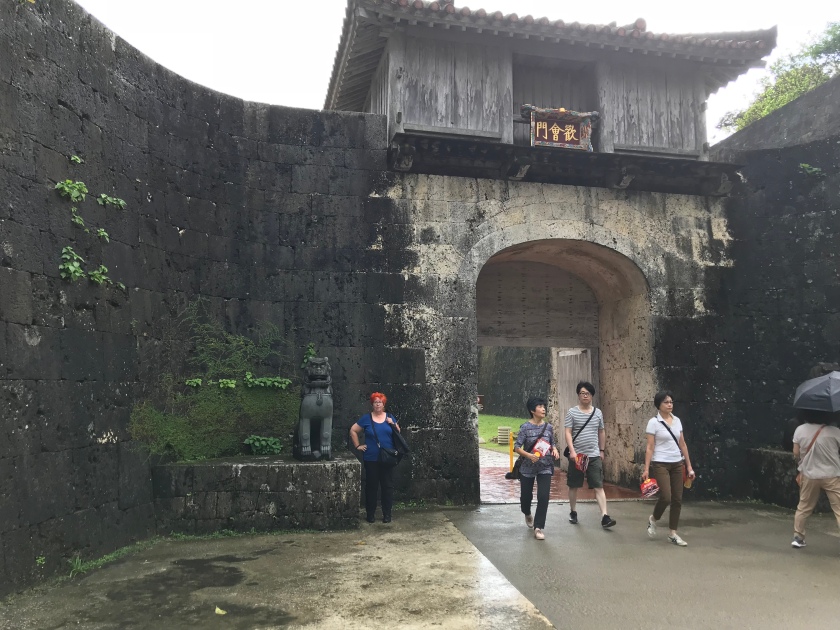 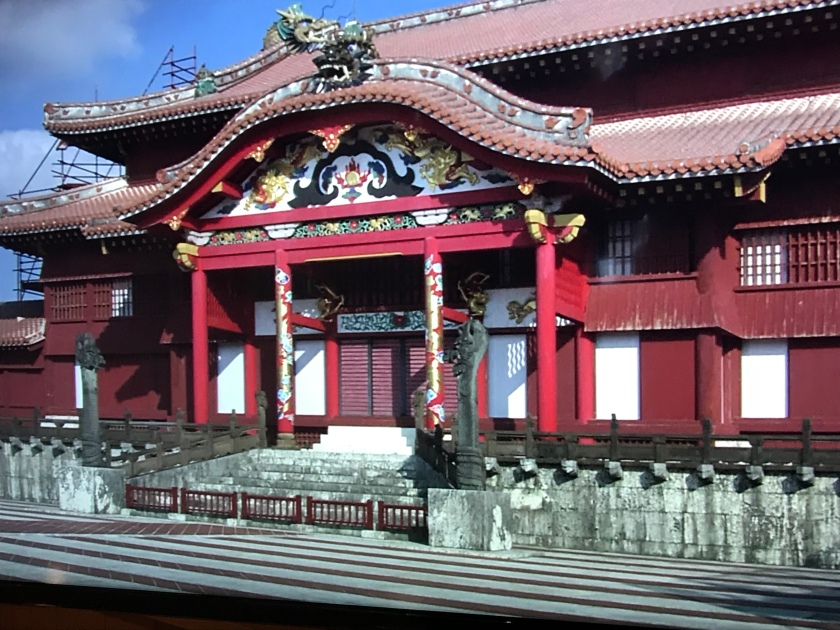 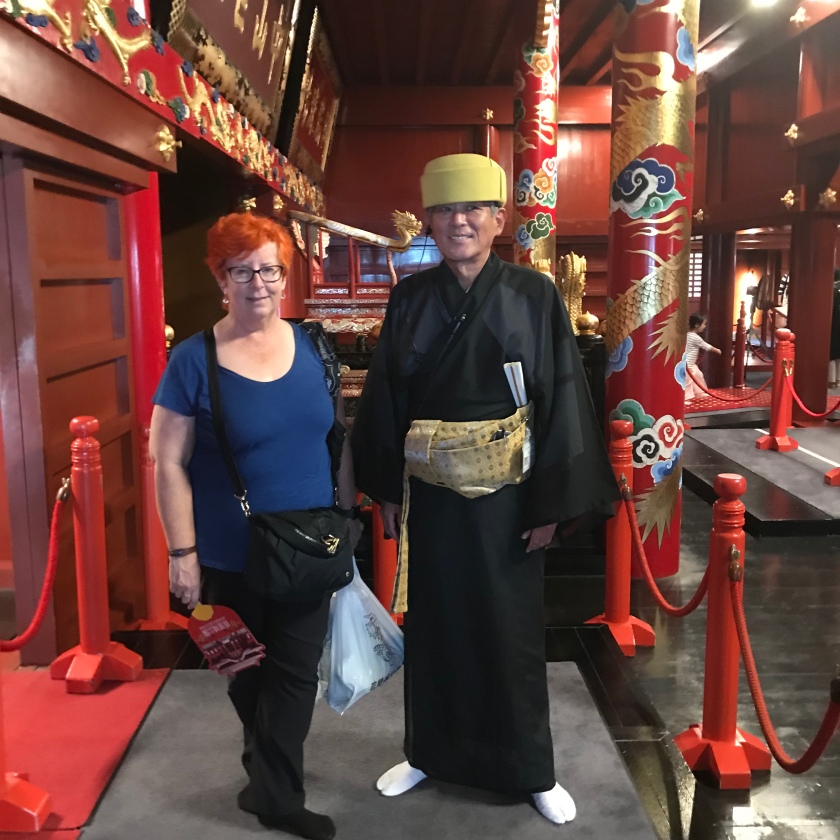 And then, as a contrast to the ancient city, there were these guys: 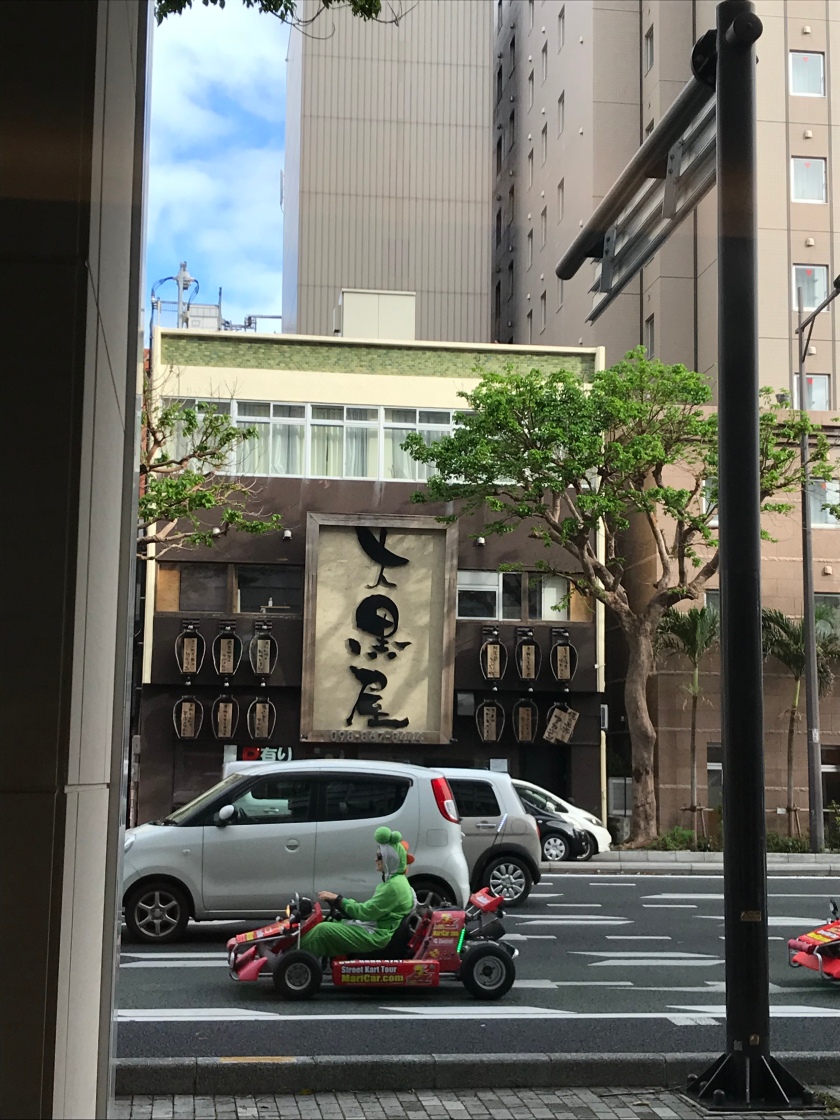 Yes, that is a go cart. And yes the driver is dressed in a costume. This is a thing here – flocks of go-carts, people dressed as Super Mario, Minions, Nemo, you name it. Travelling at speed with the traffic…. We’ve seen them hurtling through the traffic in Osaka, Naha and Tokyo. Given how safety conscious the Japanese are this seems beyond crazy to us, but it is obviously very popular.