Skip to content
While Indonesia is a predominantly Muslim country, it was on Bali, which is mostly Hindu that we saw and felt the connection of the people to their faith. Every morning offerings were layed out for the day. Pretty much every vehicle we saw had an offering tucked up on the dashboard.
Here is a young woman laying an offering on the alter outside her place of business. 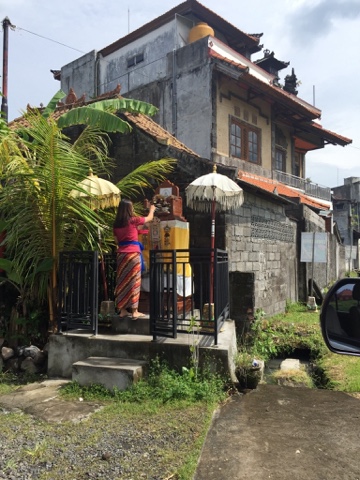 Just down the road this woman was adding to what appeared to be the community alter. The offerings are small trays or baskets woven from palm fronds which contain flowers, fruit, sweet things, little representations of objects. There is usually one at the entrance to a business, so we leaned to watch our step.
And at Tanah Lot this group was preparing to visit the temple with big offering bowls. 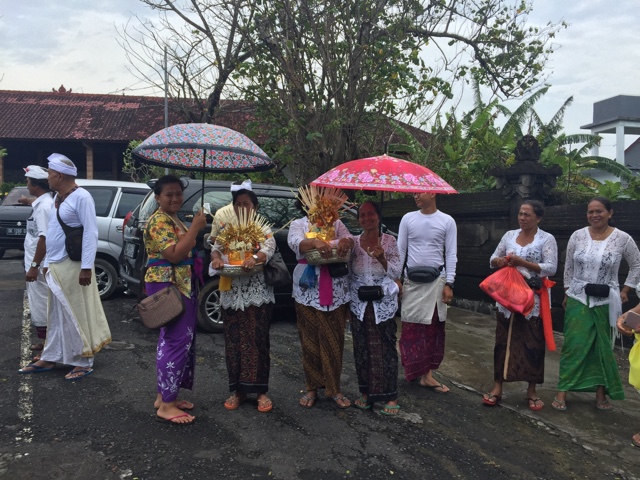 Here in Singapore there are small shrines outside many businesses, including the food centres. These are not Hindu shrines, but rather related to Chinese folk religions. Usually incense sticks are burned but other offerings are common such as fruit. 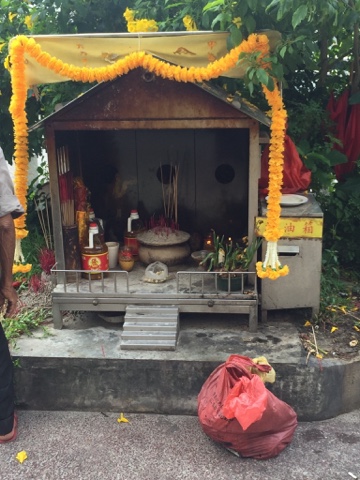 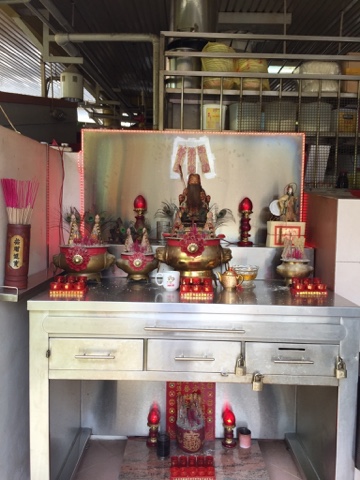 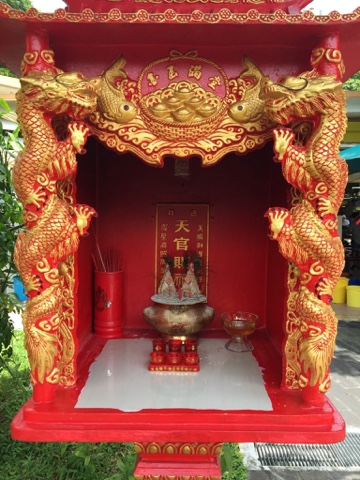 One thought on “Expressions of faith”