Shore excursions on a cruise can be a challenge. They can be expensive and rather chaotic. But sometimes they are the way to go. On the island of Java there is an enormous temple called Borobodur – to me that sounds like the name of a place on a Tolkien story. It is one of the must see sights, but it is a long drive from the nearest port of Semarang. We decided to take the ship excursion – the traffic in the area is legendary, in a bad way, and we figured that if we were with a ship tour they wouldn’t leave us behind. To break up the long journey (2.5 hours) we decided to take the excursion that included a train ride.

It turned out that we would take a 30 minute ride on this beautiful steam train: 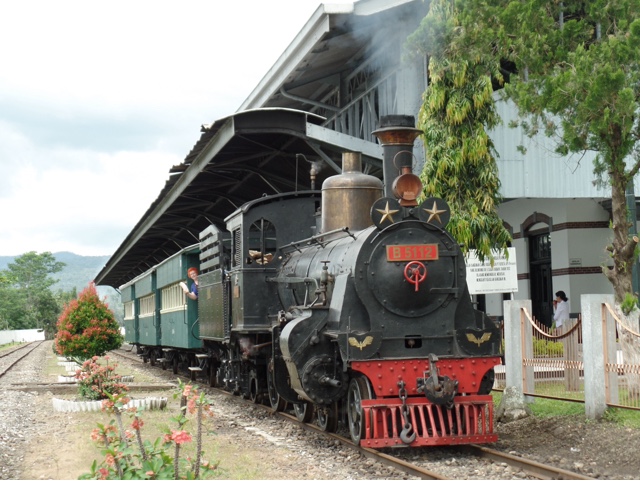 We ran along the edge of a shallow swampy lake, which meant we had a great view of local activity. 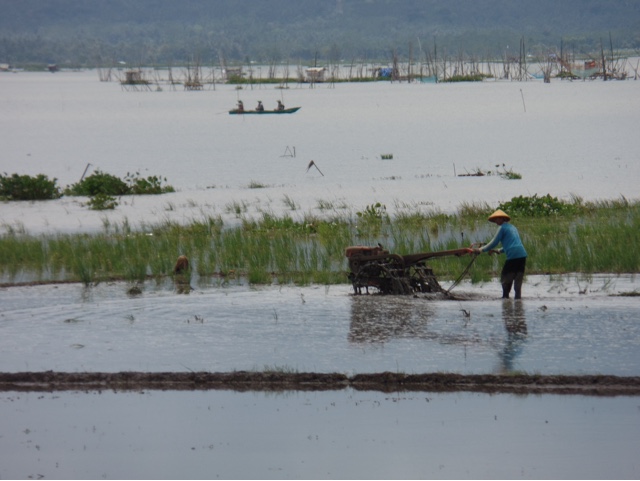 Lots of rice being planted and managed. 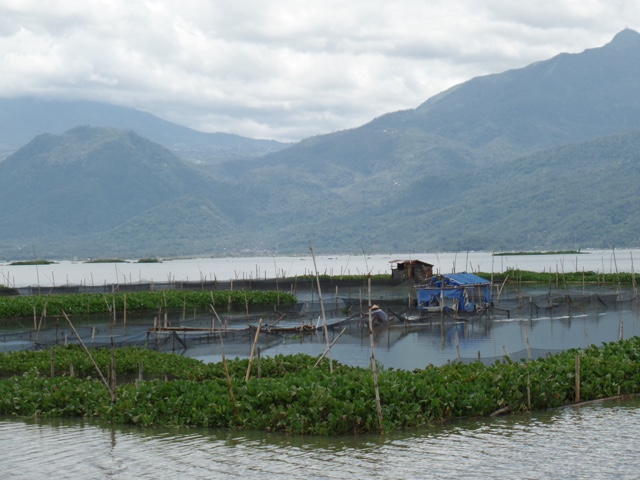 Once we left the lake area we climbed up into the mountains. The traffic was challenging – our convoy of buses had a police escort – not for safety reasons but to move us through the traffic. Eventually we got to the temple. 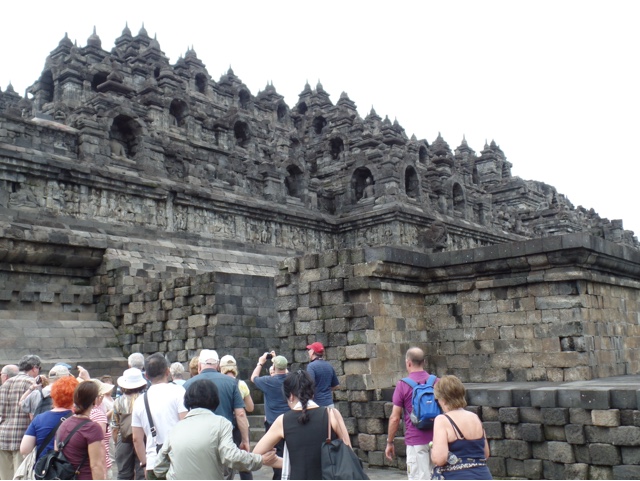 It is one impressive structure. The lower levels are covered with carvings that tell the stories of the life of the Buddha. As we worked our way up the walls become simpler and simpler until we reached the top level, which is covered with bell shaped structures called stupas. Each one contains a statue of the Buddha. 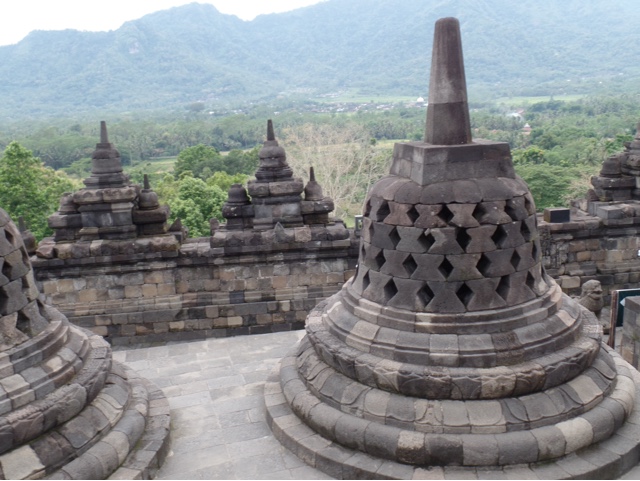 Of course, to achieve nirvana, one must climb the 150 steps of the temple – 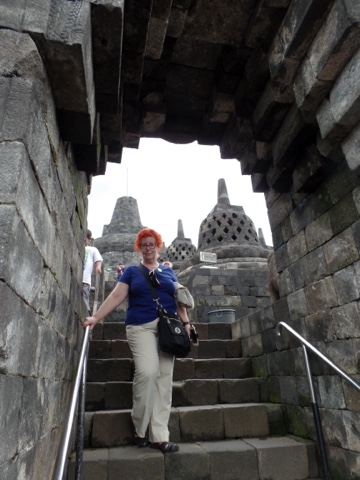 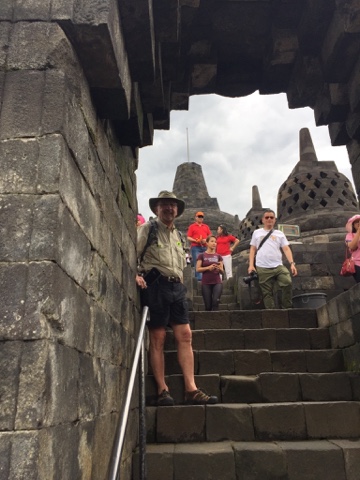 Not everyone was impressed by the sights. 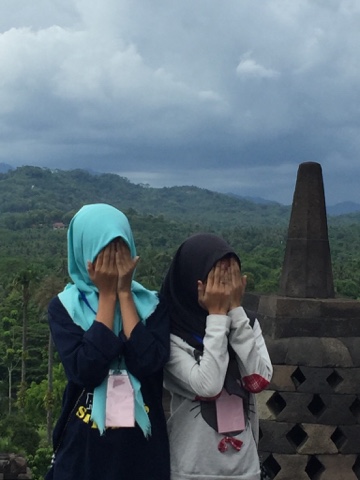 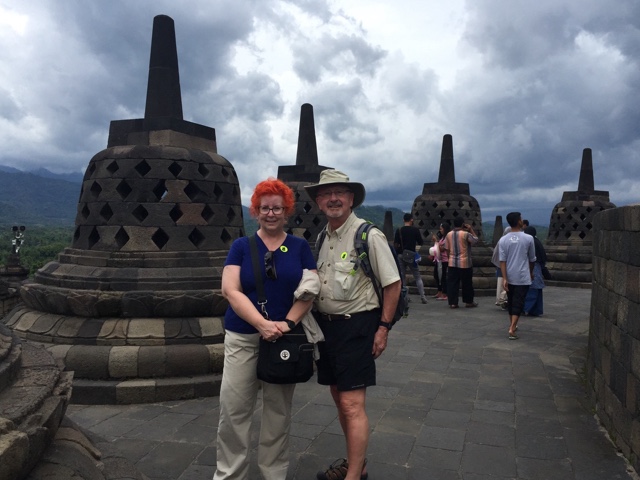 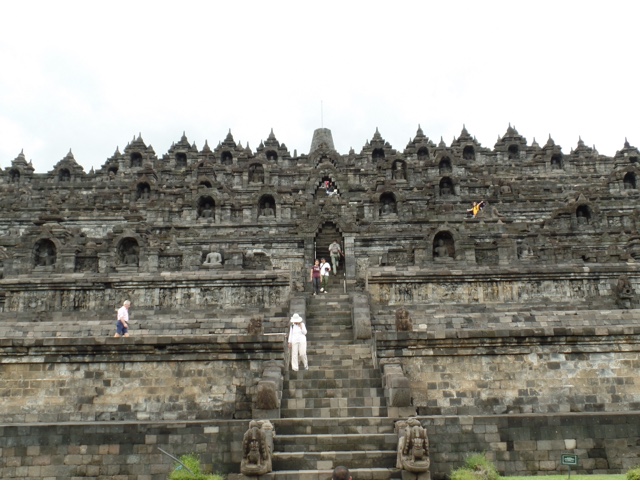 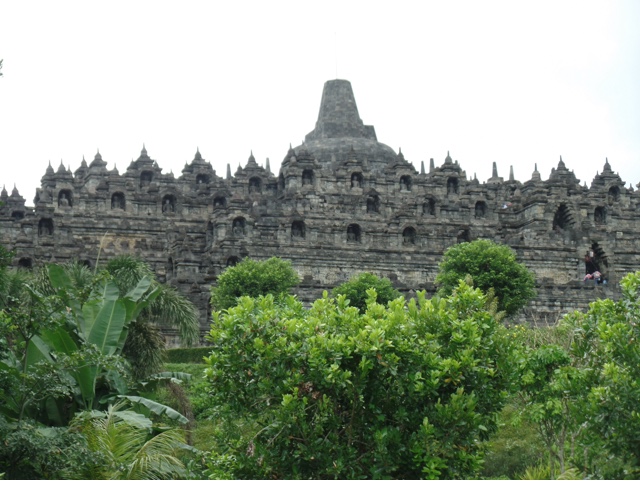 It turned out that the traffic on the return trip was intense and we were very delayed. All aboard was supposed to be 6:30, but the first bus didn’t arrive back until after 7:00. 18 coaches arrived and unloaded – about 800 of the 1400 passengers were off the ship that day. The company that managed the excursions did a great job of managing it all – things were staged so that it never felt like we were all in the same place at the same time. It helped that this is the off season. During peak season the temple can see 50,000 visitors in a day.