We’ve seen a lot of castles on this trip. 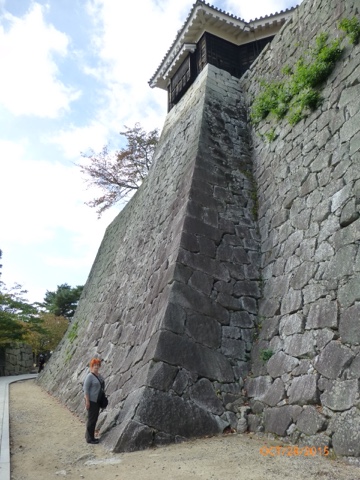 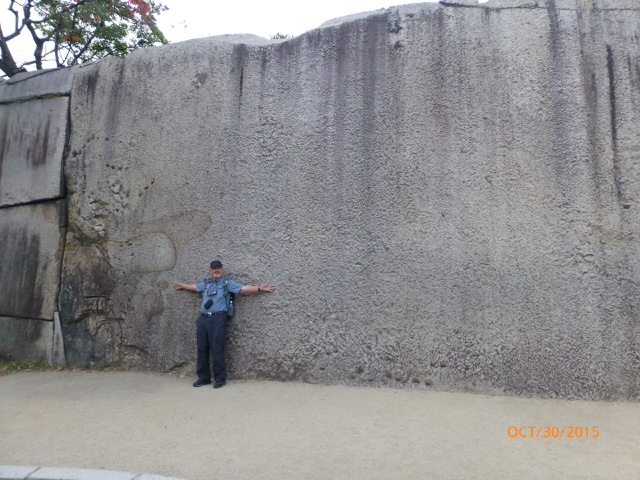 Osaka castle – where not only are the stone walls big, but the stones are massive. The one Wilf is leaning on is called the octopus rock and I couldn’t back up enough to get every bit of it in. 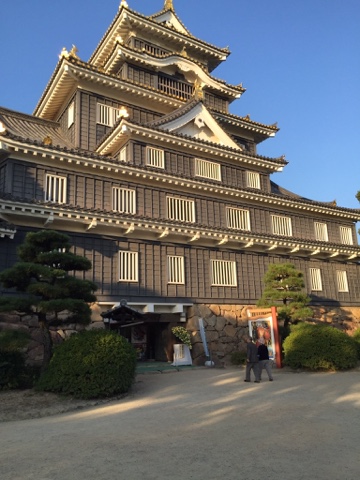 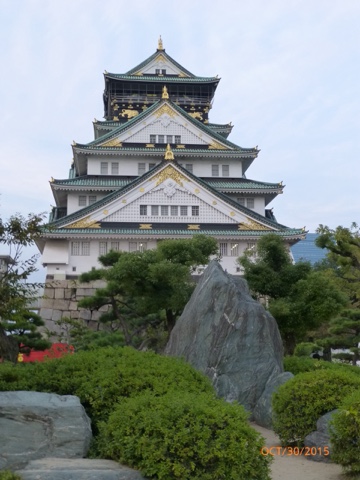 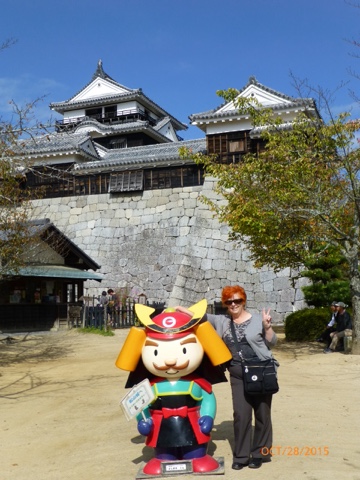 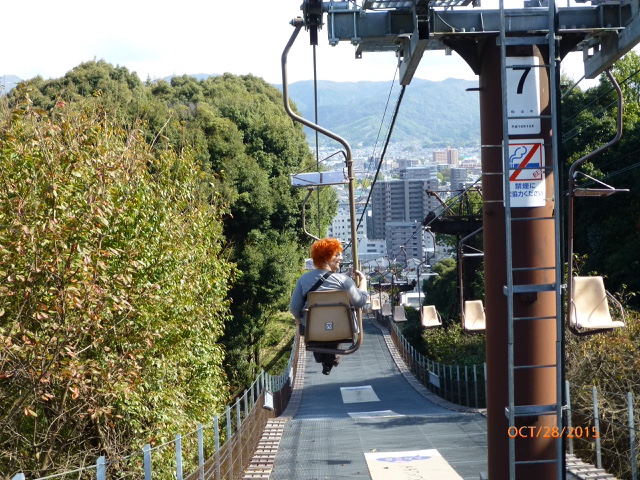 Riding the chairlift down from Matsuyama castle.
I mean no disrespect to any of the many castles we saw, but I think we will declare Himeji castle the most impressive. For six years the main tower of the castle has been under wraps undergoing a major restoration. In March of this year the wrapping came off and the newly revitalized castle was open for business again. The castle, which only about 30 minutes by high speed train from Osaka, is a huge attraction. They can handle 15,000 people per day. We were going to be there on a Saturday, so we headed out early to try to get ahead of the crowds but it was still crazy. 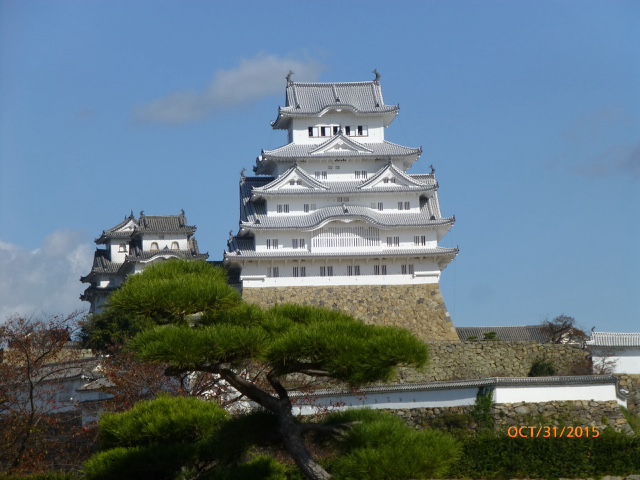 It is an impressive site, rising a above the city. Nicknamed the white egret, the 5 story tower is the centrepiece of a huge complex. Every design decision about the main part of the castle was made to ensure maximum defensive capabilities. The approach is full of twists and turns, of gates and dead end approaches. There are moats and secret areas to hide soldiers as well and dozens and dozens of places from which to shoot arrows,or guns. As it turns out, the castle was never attacked, but they were ready! 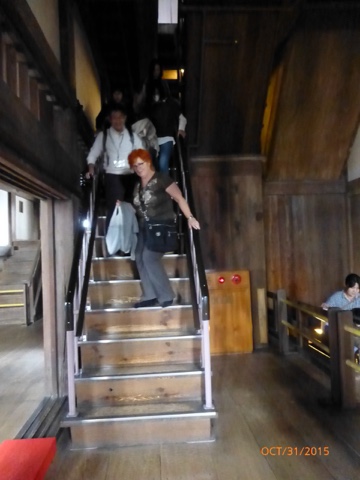 We met a volunteer guide who gave us a three hour tour. He told us all kinds of things we would have missed. In order to manage the number of daily visitors two opposing staircases move people up and down. Sometimes the staircase verged upon being a ladder! And all this in stocking feet.  Though you can see five stories from the outside, there are actually six as there is a basement level. 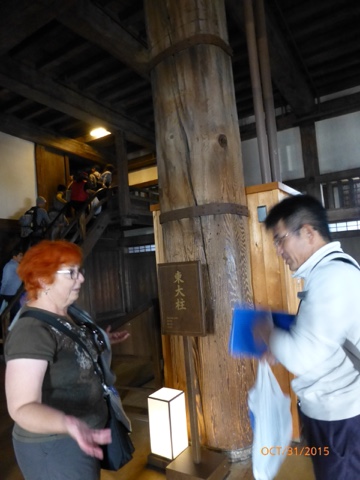 Two huge pillars hold up the interior floors. This one is from the original 1600 construction. The footing in the basement has been replaced, but the remaining portion is original. Its mate on the other side was replaced during the last restoration 50 years ago. Our guide knows how to take picture.

One thought on “Name that castle!”