In 1994 Alex Kerr published his book ‘Lost Japan’. It has many interesting things in it, but mostly it is a lament over the loss of old Japan (by default beautiful and good) and its replacement by the modern(by default ugly and bad). It can be tricky, as a westerner, looking at Japan. We are delighted by the high tech wizardry that we see and impressed by the deep history, by the art and culture.  But we can’t expect a country or a culture to remain frozen in an idealized version of the past.

One of Kerr’s project has been the restoration of a very old house in the Iya Valley on Shikoku island. Like many remote places the valley had suffered as young people moved away looking for work and houses were abandoned and fell into disrepair. While we did not visit his house we did go to the Iya Valley. While it is still pretty far in the back of beyond the train system will get you there!
We took the train to the town of Oboke, which meant traveling up into the mountains and through the Oboke gorge. This is a land formed by water, not ice. The valleys are steep and the rivers fast and fierce. We stayed at a guest house that was down a somewhat terrifying road. I’m glad we weren’t driving! 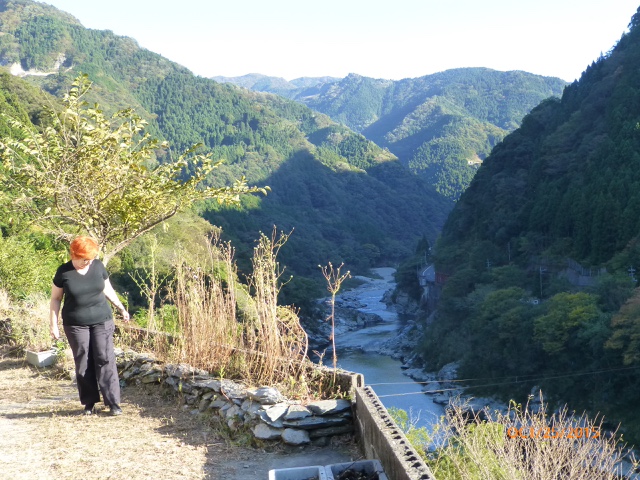 Besides the beauty of the valley one of the big attractions of the area special bridges. They are often described as vine bridges, which doesn’t quite cover it. The story is that a samurai clan were defeated in a battle and withdrew deep into the valleys to rebuild and return another day. They never did, becoming farmers instead. But they built these bridges which could be cut down to foil attackers, if need be. Or so the legend says.
The local bus system had us to the Kazurabashi by about 9:30. Down at the river level it was chilly. And being early we had the bridge to ourselves. 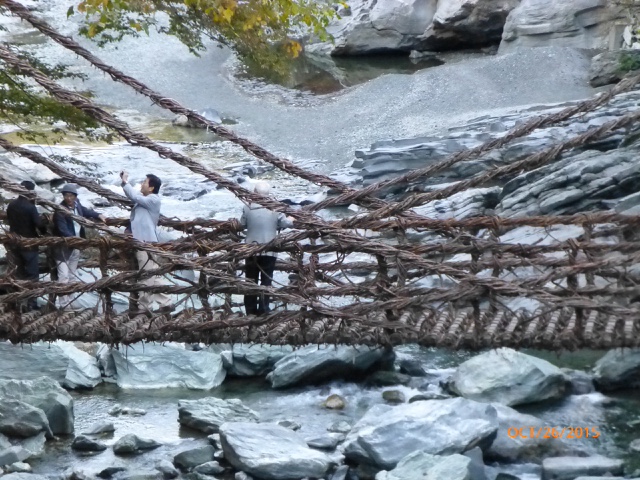 An early group of tourists walk carefully across the bridge. 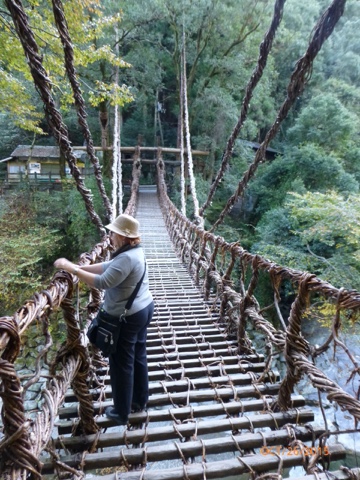 My turn! The modern incarnation of the bridge has steel cables as back up, but vines don’t really describe the material. This is wood that has been woven and twisted- somehow. 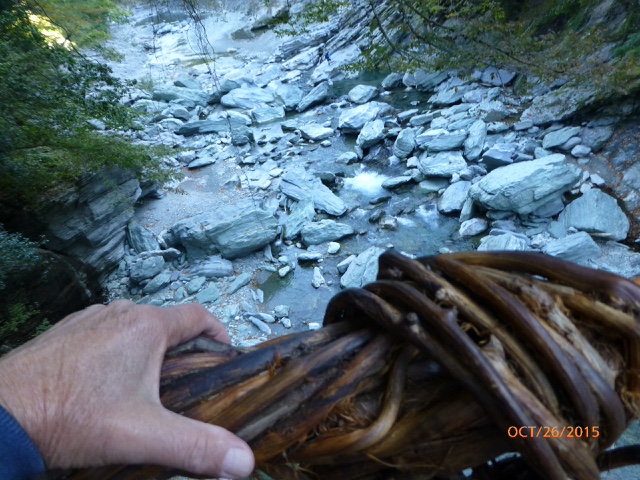 The river below looks benign now, but scour marks show how high the water is when the snow melt comes down – a torrent! Because the bridge is moving and the slats are widely spaced we had to look down for each footstep, which meant looking right through the bridge to the river below. Rather unnerving! 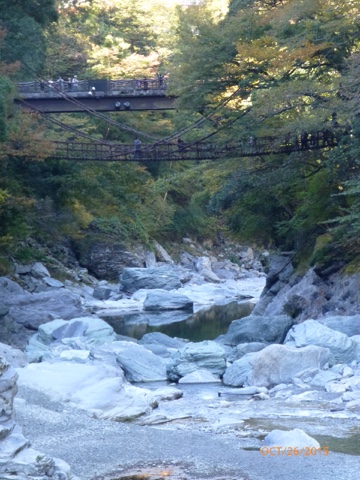 Looking back at the vine bridge and the foot bridge from the river bottom. 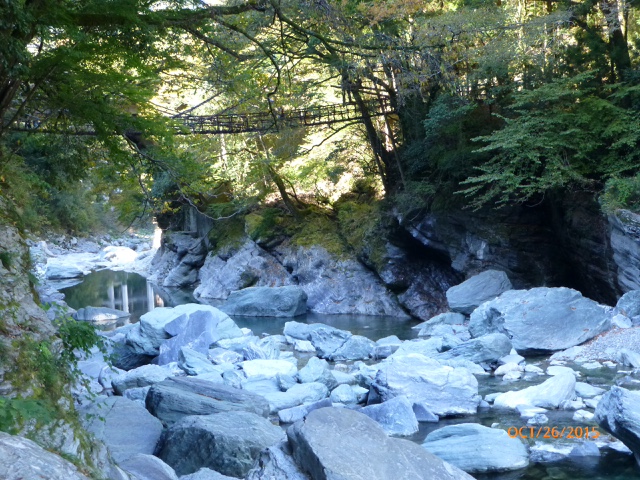 Apparently the bridge is rebuilt every three years. I’d like to see that.