I’m We got ourselves to Sydney – 15 hours is a long flight! Once we napped and refreshed we felt fairly good, so we decided to explore the city a bit. We made our way to the Circular Quay, where we could feat our eyes on some iconic sights….. 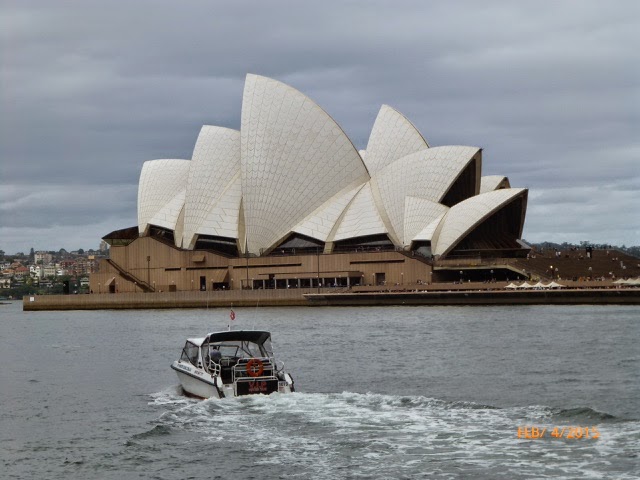 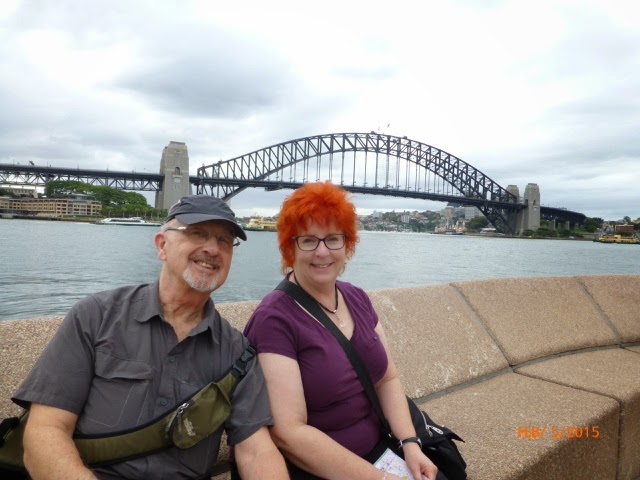 Just a couple of tourists and their selfie stick. (See the flags on the top of the bridge? Remember those – we’ll talk later)
After exploring The Rocks historic area we settled on a late 19th century hotel/pub called The Australian for a meal. Great beer, delicious cloudy apple cider and pizza. Instead of Italian style pizza we decided to go with the local speciality – half emu and half kangaroo. 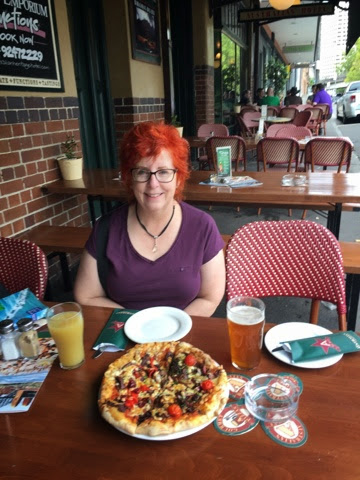 Looks yummy,eh? The emu was sort of like pulled pork, with onions, a BBQ type sauce and cherry tomatoes. The kangaroo had mild peppers and dried cranberries. All good. So there we are, eating our pizza, thinking about the name of the pizza.  The coat of arms. I’m going to blame it on the long flight that we ate the whole thing before we got it. Coat of arms. Emu and kangaroo. Like the coat of arms of the country….
Time for some sleep!