Skip to content
Athens left me with rather a strange feeling. On the one hand, every time I looked up and saw this 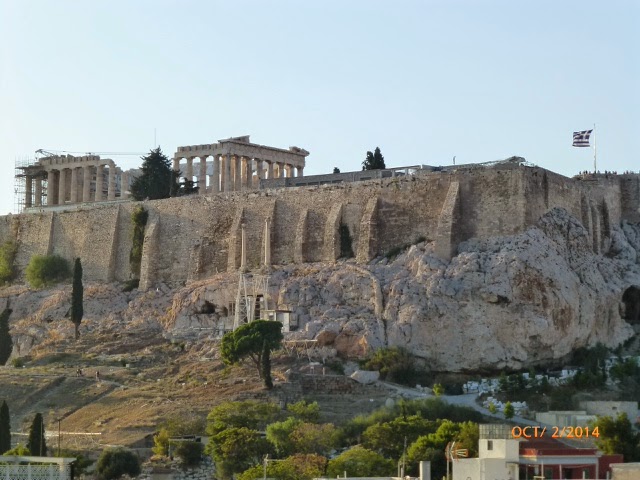 I reeled back a bit.  I mean, the Parthenon! Right outside the window. Across the street, more good stuff (here’s the view looking back at the hotel) 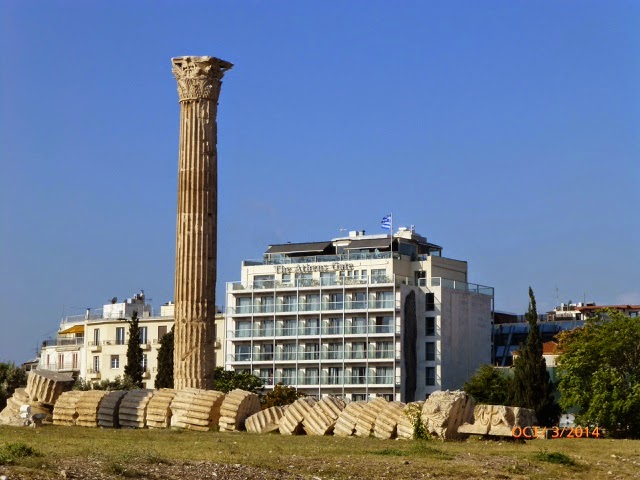 We visited two fantastic museums. It was really something to visit the National Archeological Museum and see the mask of Agamemnon: 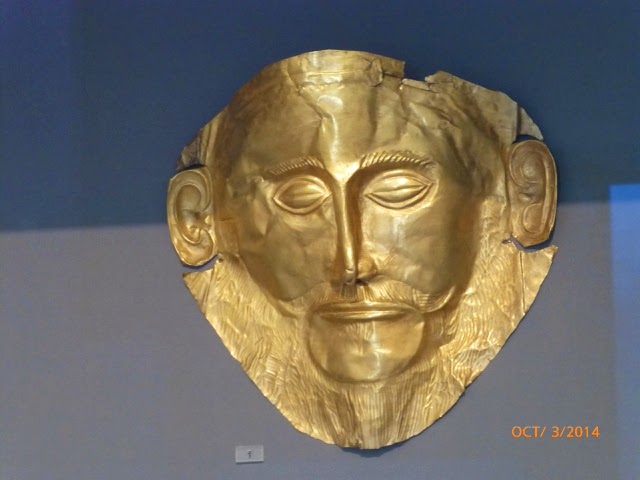 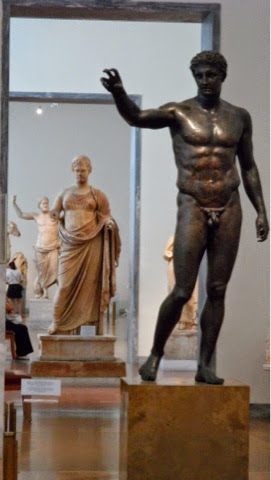 And then there was the New Acropolis Musuem. No pictures inside, unfortunately. The building is astounding in and of itself, as is the collection inside. On the top floor there is gathered the marble staturary and friezes from the Parthenon, arranged on the same footprint as the actual Parthenon. As we walked along we could look at ancient works and look out the floor to ceiling windows to see the actual monument on the hill beside us. Where there were historical drawings for reference plaster models replicated some of the missing portions. And then there were the blank spots awaiting the return of the Elgin Marbles from the British Museum (it’s time,folks).
We also paid a visit to see the Presidential Guards at the tomb of the unknown. 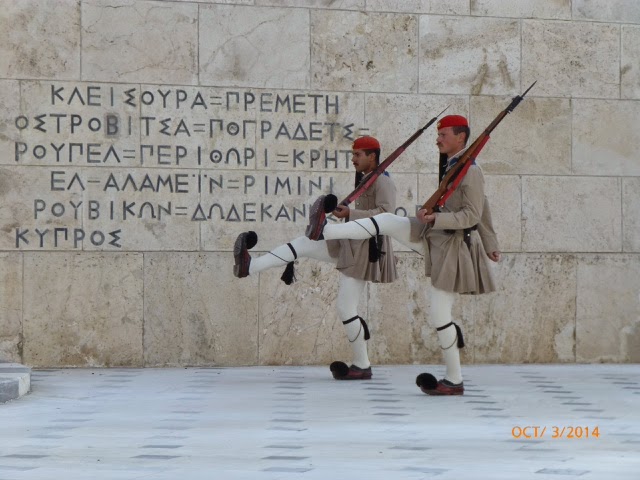 Every hour, on the hour…
So what do I mean by the strange feeling about Athens? After all, we enjoyed the museums and the monuments, rode the subway, explored interesting restaurants – we even explored the torrent of tourist crap that is La Plaka, the old city. And yet. For whatever reason it just didn’t have the feeling of so many European cities – these weren’t streets that I wanted to stroll down to while away the afternoon. I’m glad I’ve been here, but it sort of feels like it’s checked off the list and doesn’t need to be done again (unlike Berlin. Or Tokyo. Or Paris. Or London. Or Seville. Or or or…..)