We arrived at Kusadasi to find three other cruise ships docked – it was going to very busy in town and even busier at Ephesus. And it was – a sea of people: 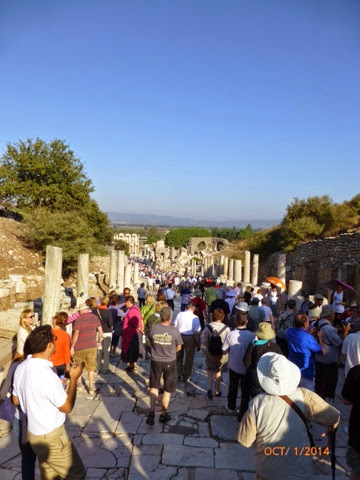 Wilf and I have both been to Ephesus before, and we had a specific goal. When we were there in September of 1999 work was just beginning on the Terrace House excavation. In July of that year a very expensive roof had been installed to protect the worksite, but the public was not allowed in. Fifteen years later the site is extensively excavated and open for viewing. Worth the wait! 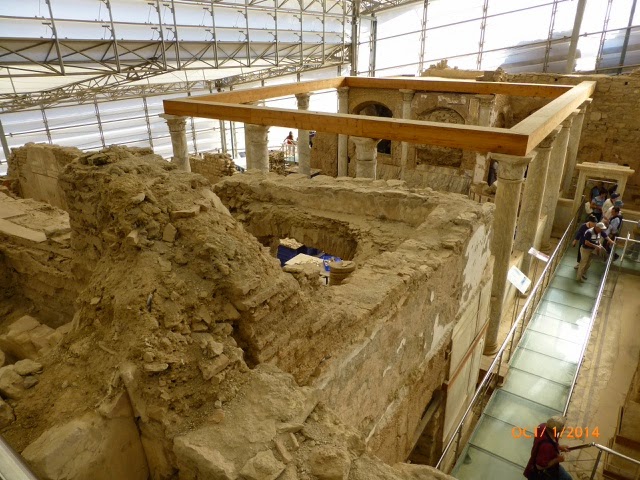 We could walk along on a system of elevated glass walkways, looking at the work that has been done and the buildings that have been revealed, complete with paintings and mosaics. It must be very exciting, as an archeologist, to make big discoveries. But oy, the grunt work that goes on. See the tables below? 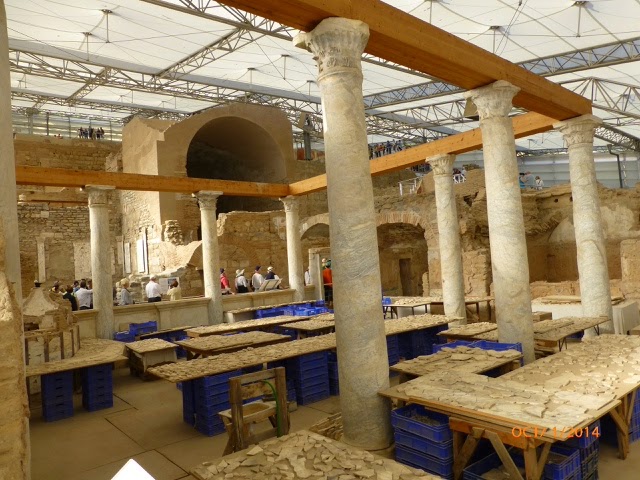 Covered in a zillion pieces of white marble, it’s like assembling an enormous white jigsaw with no picture to follow. Yikes! 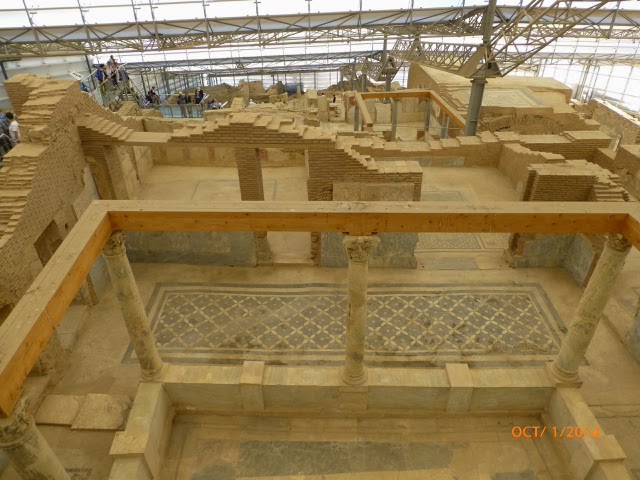 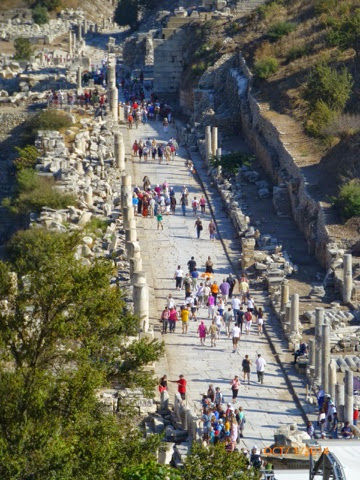 We had to have a picture of the most photographed cat on the site: 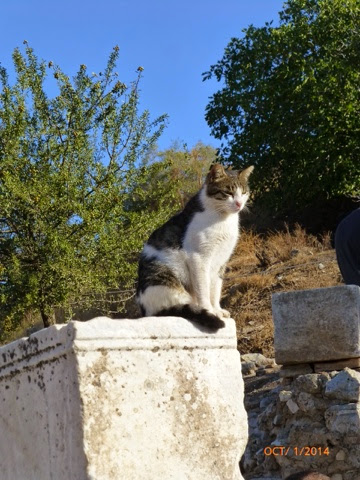 And then made sure we had a picture of ourselves in front of the library. 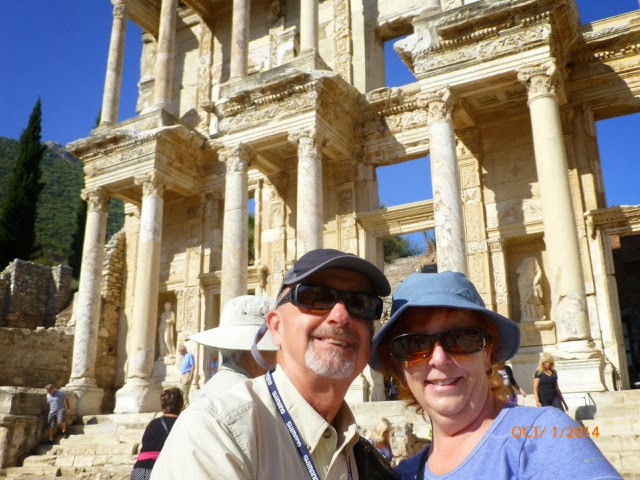