Skip to content
We had two days in the Romanian port city of Constanta, which meant that we had time for a day trip to Bucharest. Romania is another country that was a bit shadowy during the Soviet years – there were their fabulous gymnasts, but mostly they seemed to be a country that really suffered during those long years. We were curious to see what the past 25 years and membership in the EU brought them.
The day trip to Bucharest was a long one – just over three hours on the bus to get to the city. The highway was new and in perfect condition. We drove across an immense plain, every part of which was under cultivation. It was a combination of the latest high tech farm equipment along with fields being worked with horse and cart.
As we entered Bucharest we passed great swathes of Soviet era apartment blocks, some in pretty good repair, some not so much. The old part of the city is very beautiful. There was a lot of money in the city from the mid-nineteenth century up until WWI. There are many gorgeous buildings, which have survived til now and have been cleaned and restored. And then, of course, there is the palace of parliament: 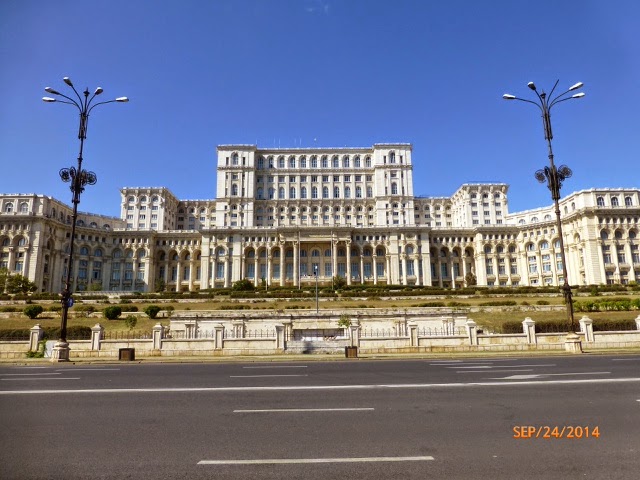 After the Pentagon this is the largest administrative building in the world (there are many stories below ground, too). Former dictator Ceaucescu wanted an impressive building, which it is. Karma being what it is – the big building got built, but he did not live to see it finished.
Most of the churches we have seen on this trip have been historical, some are restored, some not. In Bucharest we visited the church of the patriarch, which was built at the end of the 19th century Be still, my magpie heart: 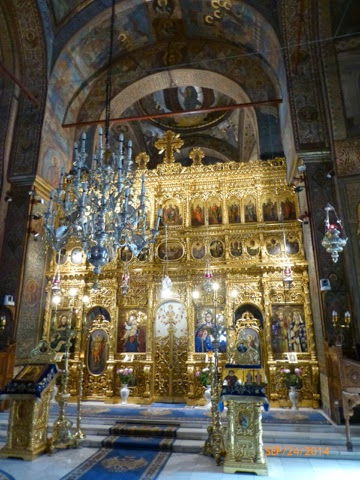 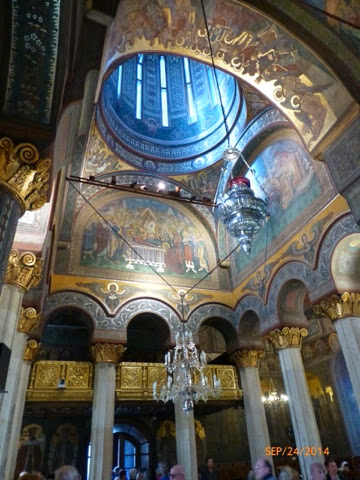 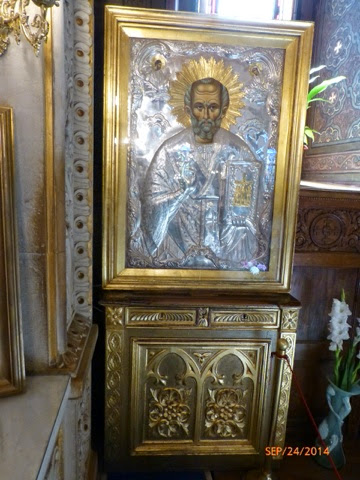 Our second day was a bit of a look at the way things were. From Constanta we headed for the ancient citadel of Histria. Again across vast agricultural plains. This time we were on back roads that had not been upgraded, or were being worked on right now. Small villages frozen in time. We passed an enormous oil refinery (which our guide referred to as the biggest distillery in Europe, which caused a bit of confusion until we got distillery vs refinery sorted).
The citadel at Histria was a Greek settlement that passed into history, then became part of the Roman Empire. Bad geological luck meant that the port was eventually cut off from the sea and it passed again into history. Now it is just ruins, some of which have been partially excavated, revealing the odd treasure. 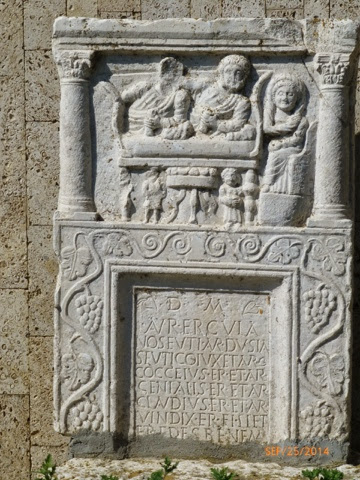