In 2007 we visited Positano, on the Amalfi coast. Awhile back we were watching a television program with Andrea Bocelli and David Foster. And we kept saying that Positano looked different than we remembered. Until, that is, we figured out that the concert was filmed on Portofino, not Positano. That would be different. And now we’ve been to Portofino.

From our apartment in Santa Margharita we could walk along the coastline for several kilometres. Being Italy said walk was along a busy narrow road, and at times the sidewalk was canted out over the water – pretty dramatic! 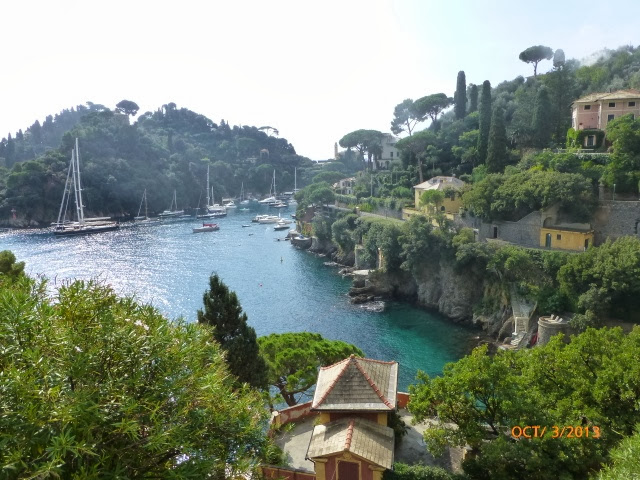 The beaches along here are mostly stone  but in a few places there were sand beaches. In the summer season you have to rent a chair on the beach – at the sandy beach at P….. It costs €100 or more to do so. Summer ended on October 1, so the beaches were free again. It was a pleasant enough day, but even a €100 discount wasn’t enough to tempt us.
Eventually we were able to hook onto a walking path that took us off the road and up and into Portofino. It is very pretty but much smaller than I expected. A clue to the usual visitors came from the shops – in addition to the usual tourist stuff there were Dior and Hermes. I was expecting Valentino, but no…. 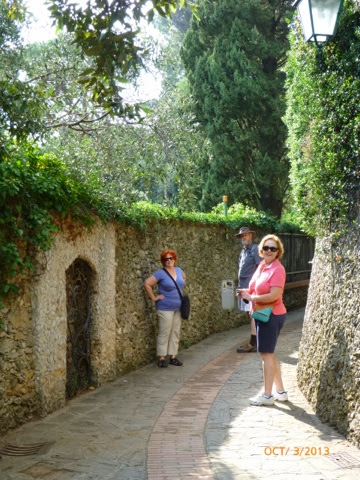 There was a cruise ship in the harbour, which kept things lively in town. The cruise people were mostly staying in town and we had the walk up to the lighthouse pretty much to ourselves. At the end of the walk, in addition to the lighthouse there was what may have been the most picturesque cafe ever – perfect spot for a drink with a view! 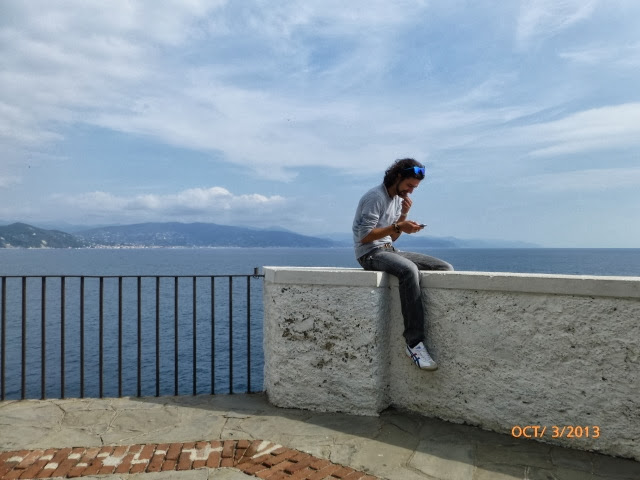 (That’s the barista, checking his messages high above the town)