Part of our trip to Italy was a visit to the Cinque Terre, the 5 hill towns on the coast south of Genoa. Once upon a time the only way to get to the towns was by boat. Eventually came the train via a series of tunnels, and much later came road linkages. But a large part of the claim to fame of the towns is the  fact that they are linked by walking trails.

I expect that the towns were a pretty quiet backwater when Rick Steves (www.ricksteves.com) stumbled upon them back in the day. The towns were probably slowly dying. He began to write about them in his guide books, and soon the tourists began to show up in ever greater numbers. Many guidebooks hardly even mention the region – a page, maybe, as a side trip from Genoa. But Rick’s faithful followers come in droves and the area is over run with tourists. Its quite astonishing.
A further oddity of the area is due to a natural disaster. Two years ago there were torrential rains in the area, causing landslides and flooding in two of the towns. It has taken a huge amount of work, but Monterosso and Vernazza have been able to repair the damage and remain open for business. Both towns have wound up with an oddly Disney like air to them – everything is spiffy and new. The old buildings have been repaired, so they are still old buildings, but the paint is fresh and clean and everything looks just a little too perfect. A trip to the harbour to take pictures of the rustic old fishing fleet reveals a small flotilla of brand new shiny boats.
Hordes of tourists and a certain unreal charm – that may be true. But it is a beautiful part of the world. 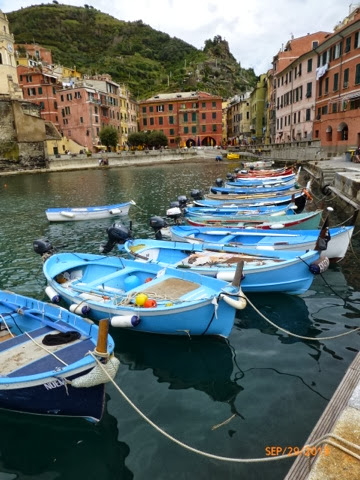 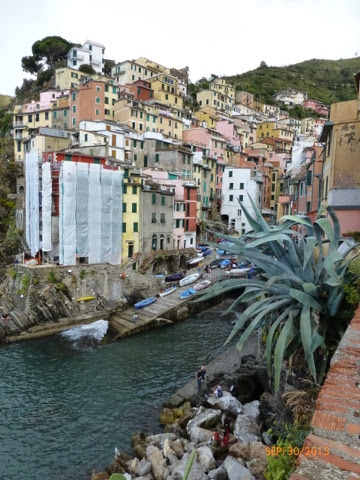 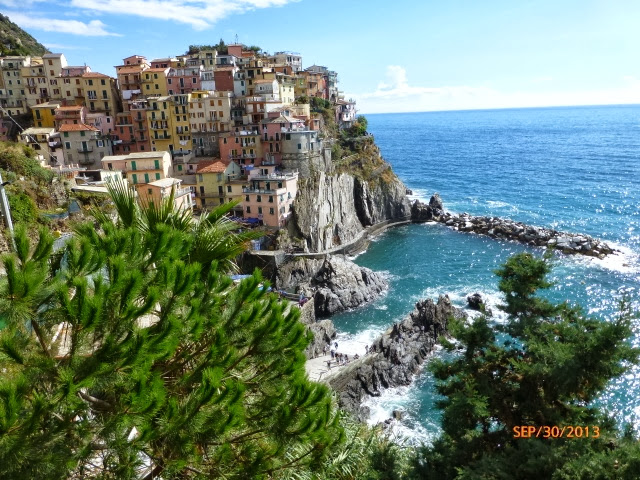 Pretty, huh? I guess we’ll forgive Mr. Steves for sending the whole world to visit.
What’s that? Did we hike the famous paths between the towns? Well….. not so much. Paths are still susceptible to landslides and erosion. The most level path – the Via della amore is currently completely closed and awaiting repair. We arrived during a cycle of tremendous rain storms, which meant all the other paths were closed until the morning we were leaving. Greg made the 90 minute walk up and over from Monterosso to Vernazza. The rest of us enjoyed the vineyard walk above Manorola and left it at that. 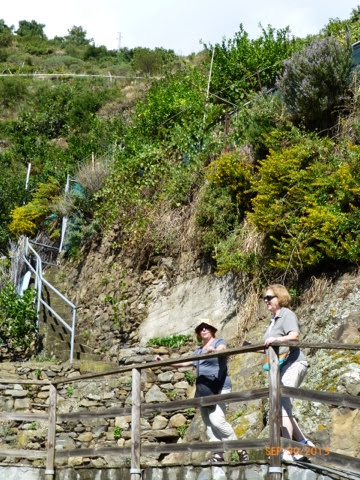