Once upon a time Tokyo Bay was all about industry and military. And it probably still is, in places. But in the area called Odaiba land has been reclaimed from the ocean and a fantastic amount of building has gone on. Bridges have been built, transit links have been established. And acres and acres of shopping and entertainment complexes have been built. And, because why not, there is a copy of the Statue of Liberty.

We walked around a bit, decided that the gaming complexes and amusement arcades were not for us. Instead we decided to visit the Museum of Emerging Science and Technology – also called Miraikan, may be an acronym for something. It is an amazing facility. While there is lots aimed at children, most of the science on display is at a really high level. We couldn’t decide if we felt really smart or really dumb, being there. Know quite a bit more about various aspects of physics than previously.

But, oh, but. There is one truly astonishing thing to see. It is called GeoCosmos. It is a sphere 6 meters across that hangs from the ceiling. It is completely covered with more than 10,000 LED panels. With more than 10 million pixels available images of incredible clarity are shown. And the images, of course, are of the earth. It is staggering in its beauty. The picture shifts across the surface, spinning along. The clouds drift along. Sometimes it switches to a night view. The sphere is housed in a huge glass box of a room with a ramp that spirals down around it. But, best of all, at ground level couches are arranged where you can lay and watch the world spin by it all its glory. 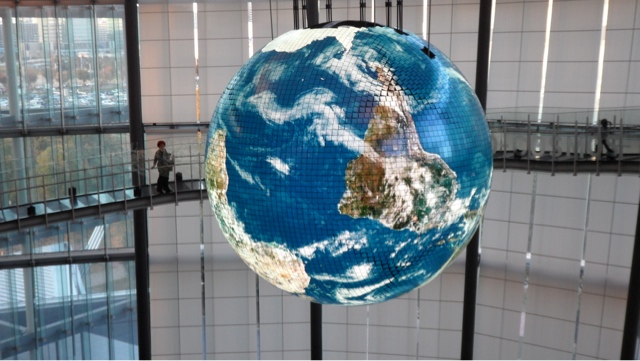 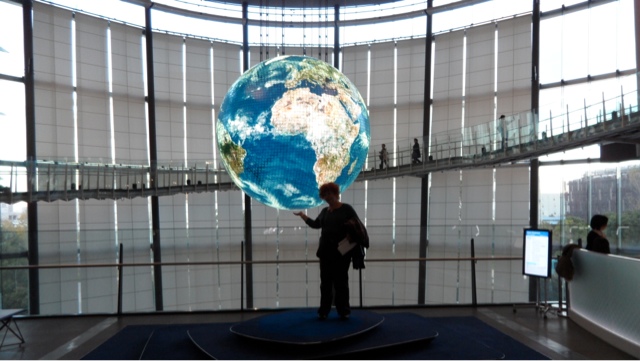 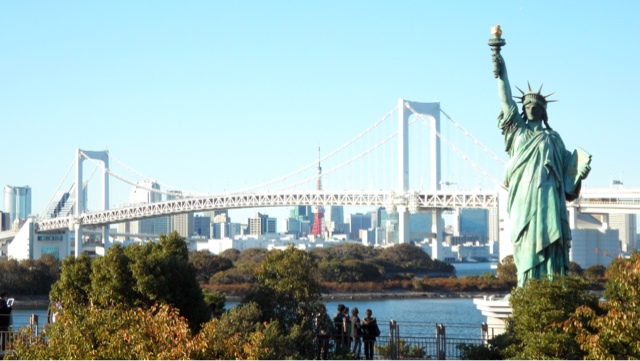 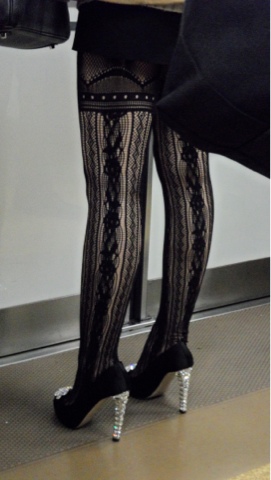 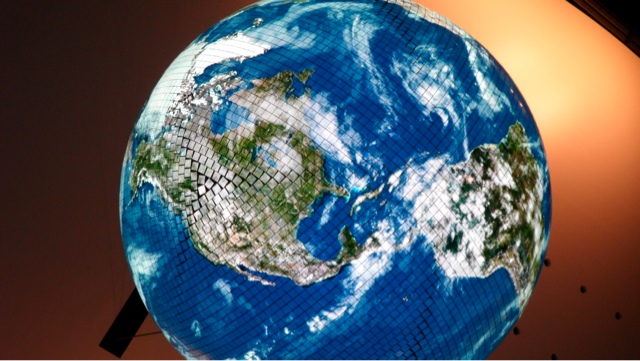 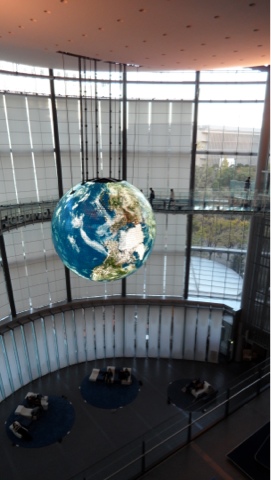