We decided to make a little road trip down the way to the city of Yokohama. It is the second largest city in Japan, with a population of 3.5 million. We took the train from Shinjuko station, which is a five minute walk from our hotel (by the way, Shinjuko station handles over 3.5 million people per day, has 35 tracks and over 200 exits and it always feels like a victory when we get either in or out of the place!). Thirty minutes from Shinjuko and we were in Yokohama.

Our lunch plan revolved around the Ramen museum in Shin-Yokohama, 15 minutes away from the main station on another train. The main floor of the museum contains a gift shop. But down two floors is the main thing. In full scale a street scene from Yokohama in 1958 has been recreated. The little shops contain tiny little ramen shop – there are eight of them. Each one represents a famous ramen shop in Japan, with a style specific to a certain region. Fortunately they offer half size bowls of ramen, so we could try more than one style. After we had our two bowls of ramen we were approached by a young woman doing a tourism survey. Turns out that she is Taiwanese, and that she studied English for two years at the University of Manitoba in Winnipeg. She nearly fell over when she discovered Wilf was from Winnipeg – although she found the cold a bit much she had only happy memories of her time there and wanted to talk about it. So, you never know, do you?

One of the other attractions of Yokohama is an enormous Ferris wheel. Apparently it is the largest in the world. We decided to give it a whirl. It took fifteen minutes to glide around and the views were really amazing. On a very clear day Fuji-san is sometimes visible in the far distance, but not today.

It turns out that Yokohama is a big craft beer town. An American fellow named Brian Baird runs Baird Brewing Company, and we went to his taproom in the Harajuku district of Tokyo. They recommended their Yokohama branch – the Baird Basamichi Taproom. We paid them a visit and didn’t just discover good beer. Turns out they’ve got someone there doing real Southern barbecue. Not grilling, but actual smokehouse style barbecue. Holy doodle was it good! W had a sampler of brisket, pork loin and rib. So – the best Italian food we’ve had was in Buenos Aires, and for southern barbecue we had to go to Yokohama – go figure! 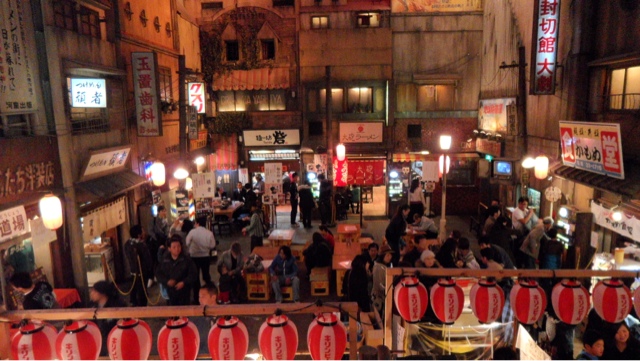 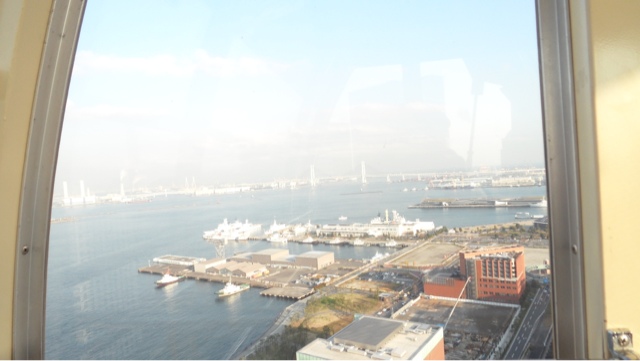 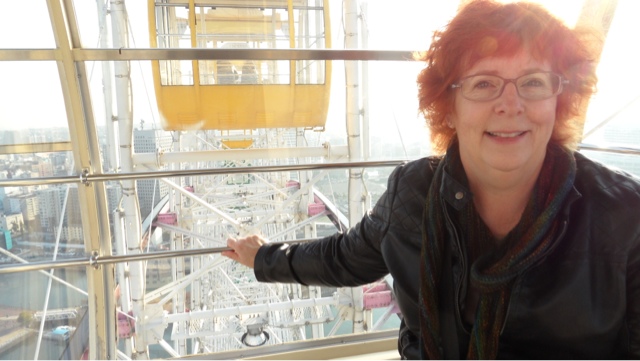 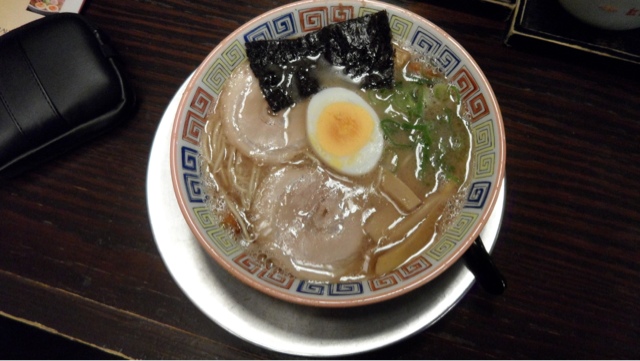 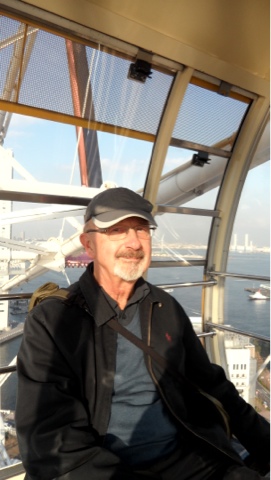 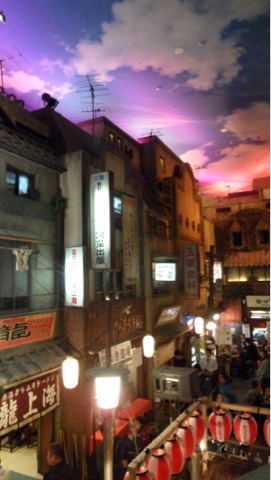 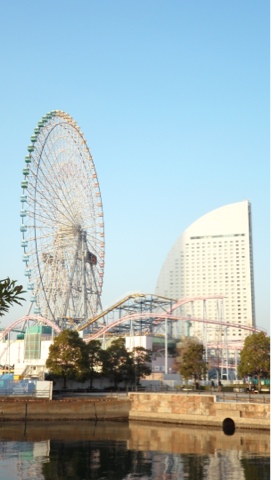