When we were planning our trip Wilf and I agreed that we wanted to try the local specialties in the areas we visited. ‘We’ll keep and open mind and be adventurous’, we said. We gave ourselves two up front exemptions – we couldn’t face the idea of chicken sashimi (raw chicken-can’t do it) and we wouldn’t try whale. But other than that – let’s be brave.

Tonight we found the restaurant we were looking for (that always feels like such a triumph). From street level we went up to the second floor of Kome no Kura, where we were greeted. Once our shoes were off we were taken to a little room with a table. Thankfully there was a well for our feet, which is more comfortable than sitting on the floor. When we were ready to order we pressed a button and there was a sound like a chirping bird. A moment later a little door slid open and there was our server. No one told him about us I guess – the look on his face when he saw the two gaijin was priceless – we nearly laughed out loud.

Chicken tsukine (ground chicken wrapped around a bamboo pole, cooked then served with a raw egg poured over)

Glasses of shochu, which is a distilled spirit.

It was all delicious! 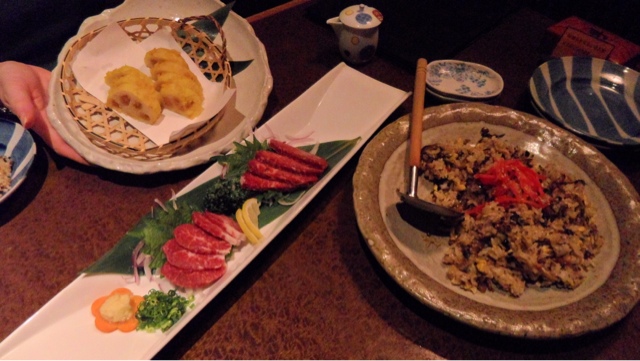 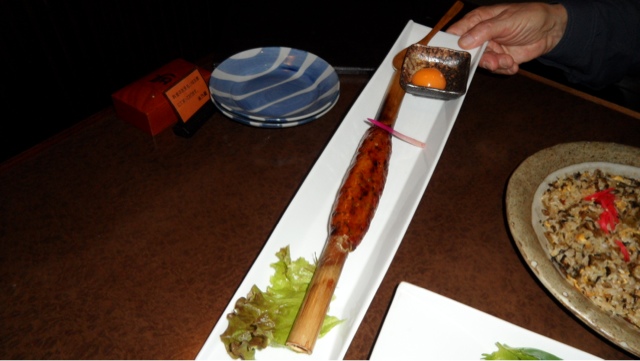