We spent two nights in Nagasaki, which gave us a chance to see a bit of the city. Nagasaki is on the southern island of Kyushu, a two hour plane ride from Tokyo. It is warm enough that palm trees grow here, but not a tropical climate.

Nagasaki was the site of contact between Japan and Europe. The shogunate would only allow trade with the Dutch for 200 plus years, and only under severe constraints. The traders were sequestered upon an artificial island in the harbour – the island of Dejima. Over time land was reclaimed and Dejima is now several blocks inland, but the site has been med and is being restored. We spent an interesting morning wandering the site, looking at the reconstructed buildings and warehouses, and marvelling at the life those traders must have lived – locked onto the island, so far from home, in such an alien culture.

Our afternoon visit was a more somber affair – we went to the Atomic Bomb museum, the Hypocenter Park and the Peace Park. It is shocking and unsettling to realize that everything in this bustling,modern city is new, relatively speaking. 67 years ago everything was burnt or blasted away in a flash. 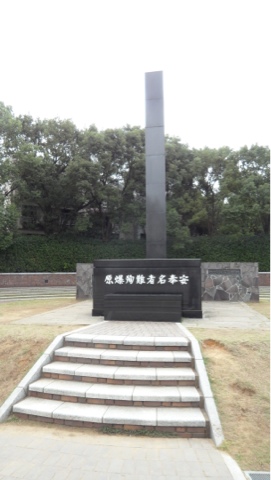 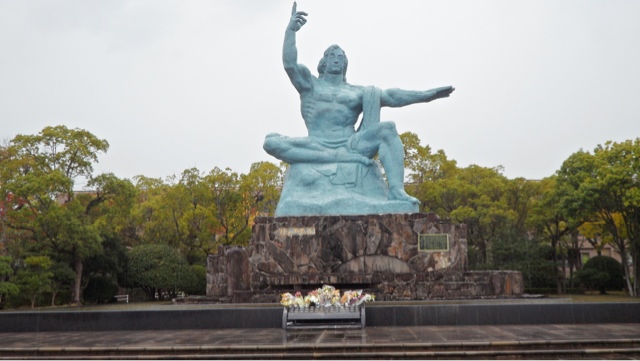 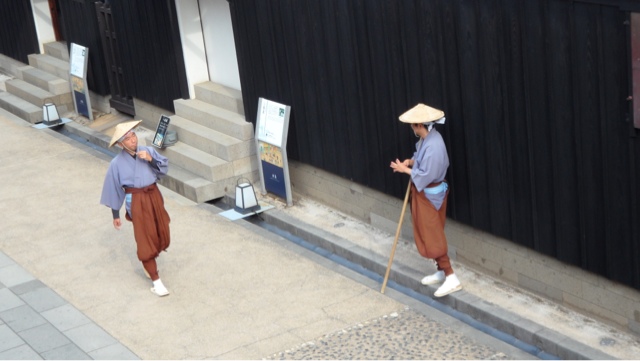 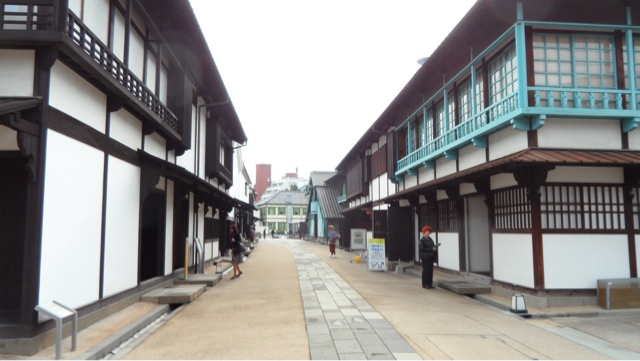