Of all the places I never expected to visit once, let alone twice Malé, Maldives may be at the top of the list. And yet, there we were. The island is less than 1 kilometre square and sits on a coral atoll that has been added to over time. Officially around 60,000 people live there, but apparently everyone has a brother or a cousin staying so the number may be as high as 100,000. How does this work?

Since we were by last they have added a lot of high rise buildings and way more scooters. There are not that many trucks or cars, but thousands of scooters. In a place that is 1km at its widest point. 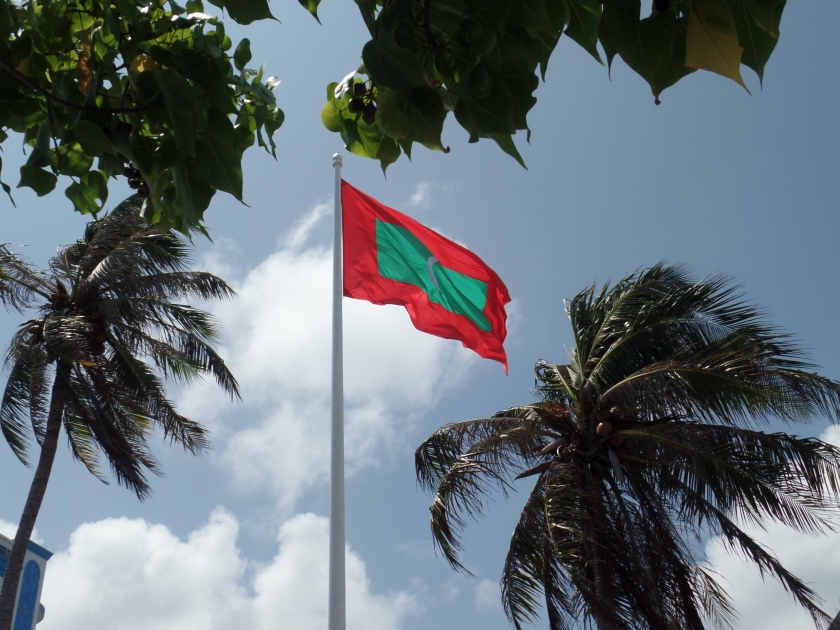 Most tourists beat it to the other islands where the resorts are – there’s not a huge amount to see and do in the city. Fish market….

But as we were walking around we kept wondering about things. Where does the water come from? Where is the sewage treated? How and where do they generate electricity’s? The next island over has the airport and industrial concerns. I assume that is where the infrastructure is and stuff is piped to the other islands – there were blue pipes along the curbs on most of the tiny twisty streets carrying something. I gather that the country is a transhipping port as it lays in the big shipping lanes – east west ships drop off and pick up cargo that is travelling north, so that is one way they make money. And tourism, of course.

Behind the national museum there was a park – the Sultan’s Park. I don’t remember it as being anything special, but in a concrete island it was one speck of green. In the ensuing 5 years it has been completely redone and is quite spectacular. I was particularly intrigued by this structure:

This looks like the work of Toshiko Horiuchi MacAdam, a Canadian based Japanese textile artist. I could find no attribution, however. Looks like fun, though. There was also this sculpture – a dying tree from the old park was re-purposed. 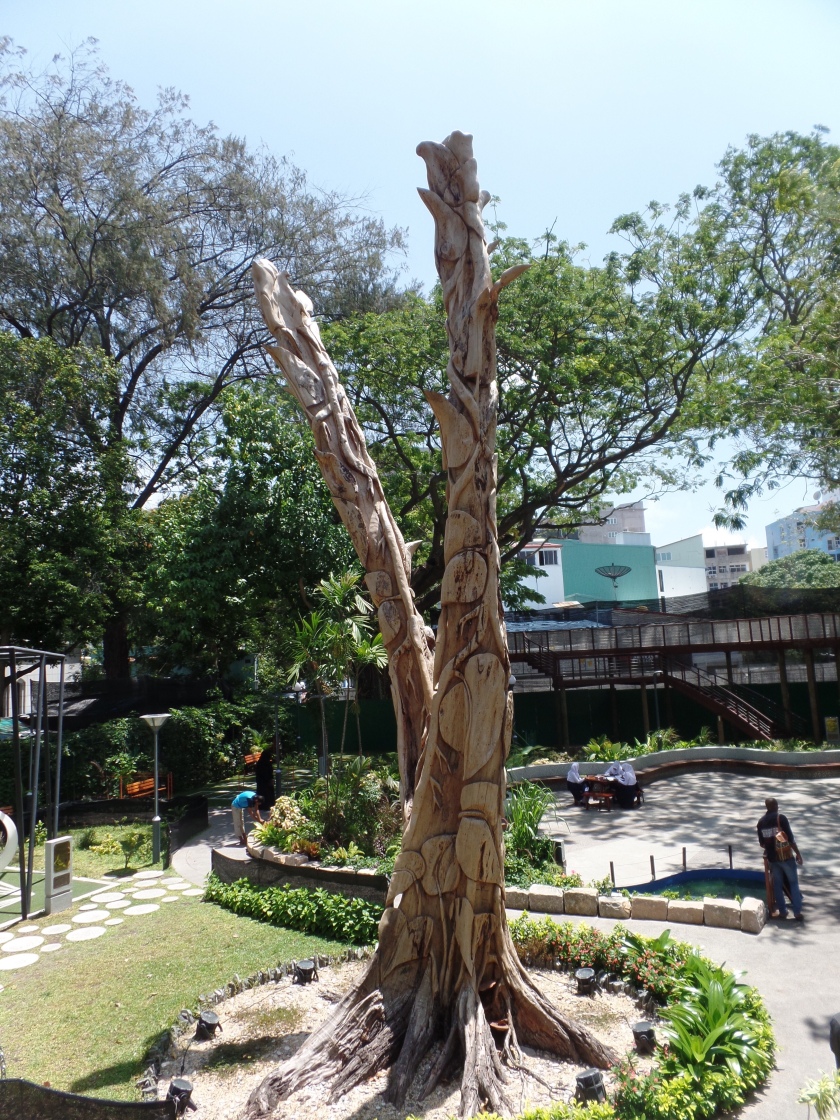 The sign for the park said it was free for Maldivians. The equivalent of USD5.00 for expats. I didn’t think to much of it – a foreign aid contribution. Reading later I discovered that charge is controversial. Side benefit is making money from foreign tourists. The real target is labourers from India. The old park was apparently where those workers met on their day off. Now they can’t afford the entrance fee and have nowhere to go on their day off. Mine, mine, mine – the same the world over.