Our cruise included a ‘pre’ tour, which turned out to be a good thing. We spent three days traveling around the Cape area, drinking wine and looking at animals.

The wine country north of Cape Town is lovely – not hard to see why everyone wanted to be there. Lots of agricultural opportunity. We visited some of the towns (Franshoeck, Stellenboch) but the highlight was the winery of Boschendal. They’ve been making wine there since 1685! Now they grow their own grapes, grow a huge variety of foodstuffs, make vast quantities of very good wine and buy grapes from the farms round them. Lack of water is an issue everywhere, but there is enough water on the property for them to manage without having to make some of the hard decisions required by other wine producers.

We tasted 5 wines and enjoyed them all.

We’re hoping to track down some of their wines once we return home. The wine tasting was followed by a picnic under a three hundred year old oak tree. It was a spectacular picnic – but after tasting 5 different wines we were pretty merry and tore into the baskets and ate everything – and forgot pictures! Probably just as well as we enjoyed the moment rather than being behind a camera lens.

Another day on the tour was a trip to the Aquila game reserve. It was over the pass from the fertile wine valley, into a dry and shattered landscape. When we get home I’m going to have to read up on the geology of this area.

These were our first animals and we were very excited to see elephants and zebras and giraffes, among others. This would turn out to be the only place we saw lions while in Africa. The Aquila lions are a bittersweet story, though. They are rescue lions. There is a truly revolting business where animals are captured and kept in cages. Wealthy ‘hunters’ then select the ones they want and when they are let out of the cages they shoot them. In order to make them look bigger the lions are fed steroids. The group we saw had been rescued from such a place. They live in their own area within the preserve. They can kill an animal but don’t know how to hunt effectively. The group had been fed recently, after which they usually wander off to rest for several days. The driver was very surprised to find them right beside the road. Dozing in the sun, stuffed after a big meal they were pretty dozy. (A preview of life on a cruise ship? The pool deck looks much the same right now!) 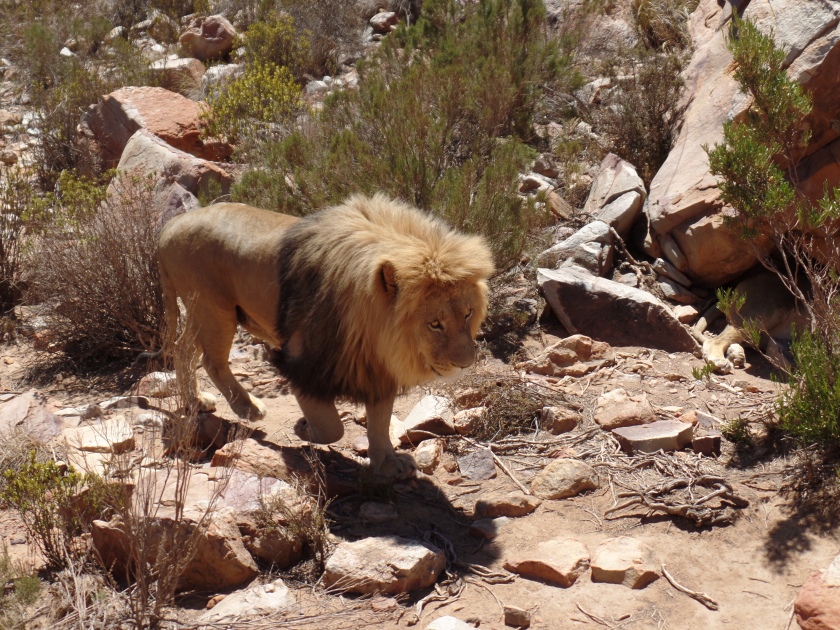 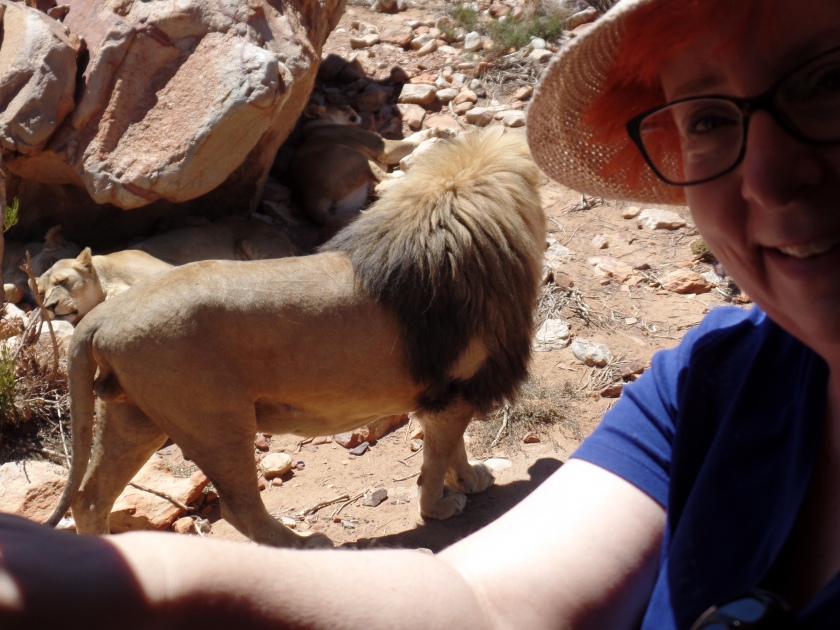 While the first pictures are zoomed in as you can see above they were right beside the truck!

And to finish off? Things are always better with penguins. This colony showed up south of Cape Town, took a look at Boulders Beach, and moved in. The town built boardwalks so visitors could see the birds without bothering them. It’s a pretty cool beach even without the penguins – I would have liked to explore the boulders, though. 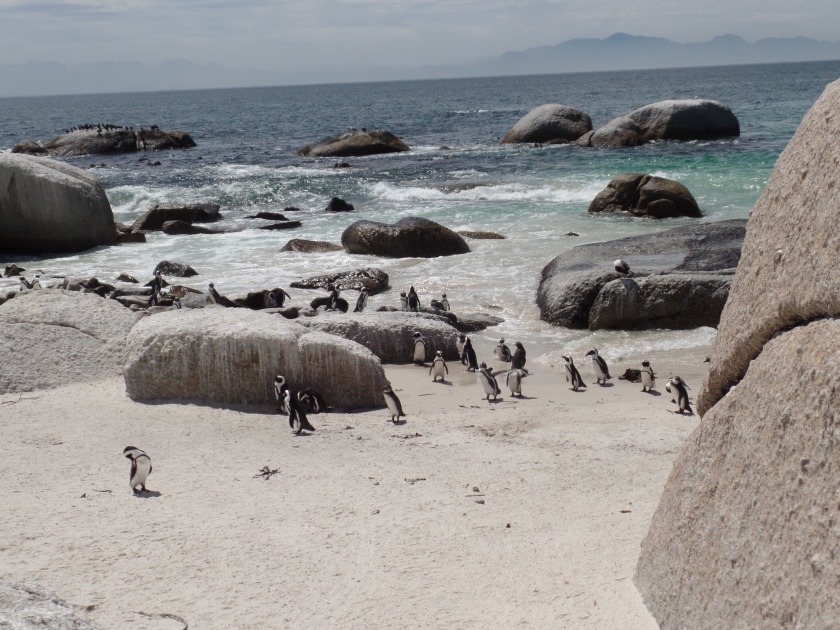