So there I was, picking out a salad on the Lido deck, when I hear a voice say ‘excuse me’. I turned, and looked at the woman and she looked at me and we went ‘ We know each other, don’t we?’  And sure enough – a gal I know from Sidney (population 13,000). Viv Harding! We laughed over the fact that we hadn’t seen each other around town in years, but meet up on a cruise ship in Indonesia. 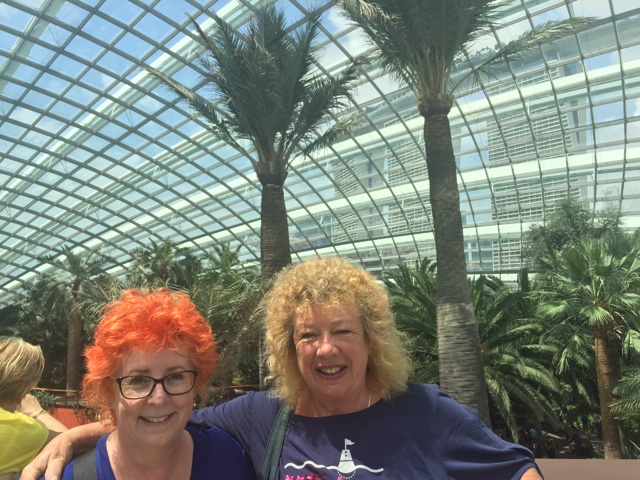 Wilf and I visited the gardens when we were here in 2013 – it was all brand new back then and we were curious to see how things looked a little later on. Short answer? Fantastic!
Super trees are still super. 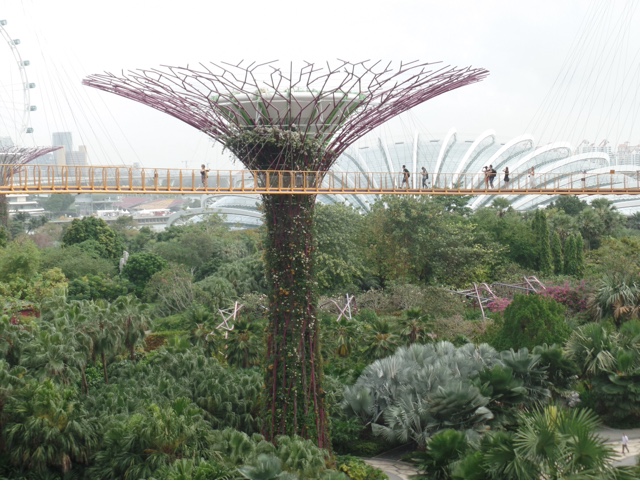 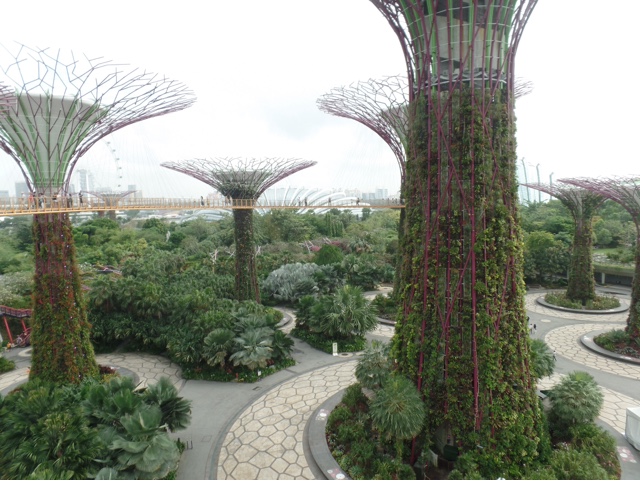 But everything has grown up and filled in tremendously.

We checked out the interior gardens , too. I love visiting the incredibly huge and ancient olive trees. How did they get them here? 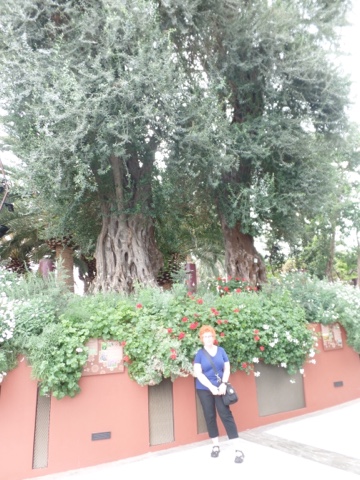 Over in the mountain dome they had a special display. Not only the usual pitcher plants 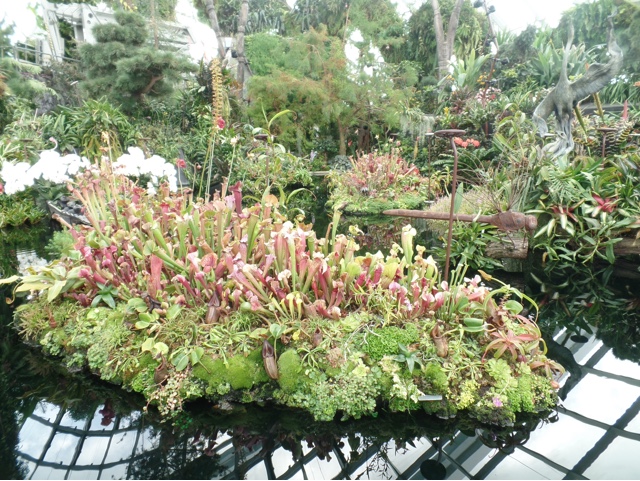 But pitcher plants made of Legos! 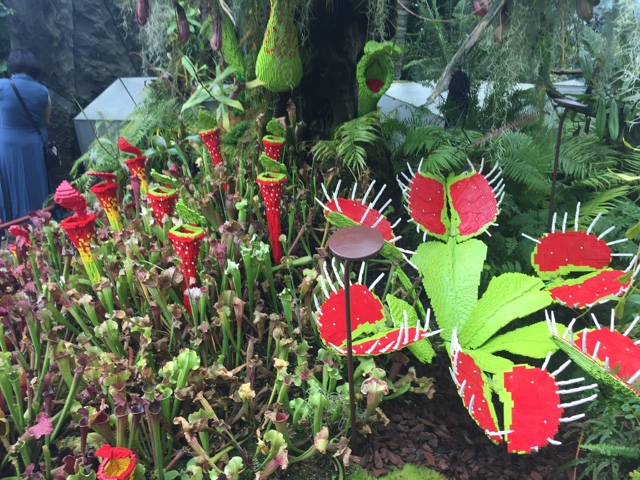 And a giant Lego Venus fly trap!
No one seems to be able to resist the big waterfall! 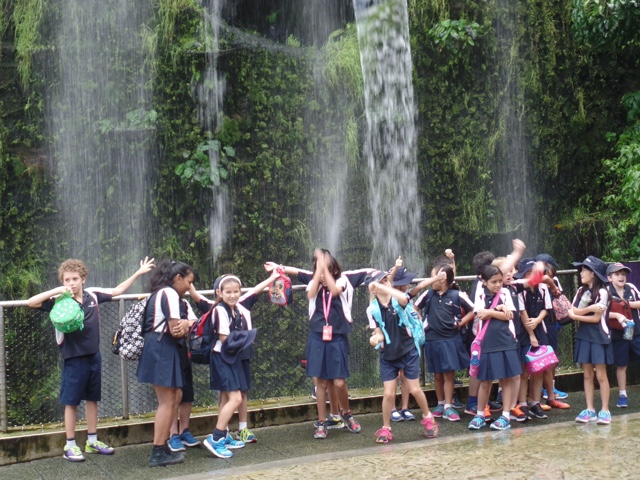 Of course, being local kids they thought it was cold and immediately began pulling on jackets. Not me! 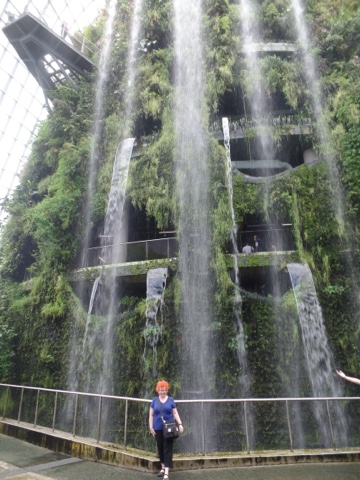