We took a train ride to the city of Geelong today, which was really nice. Peaceful little place along the bay. We had a very good pizza, walked along the esplanade, saw some of a very big air show from the train. One of Geelong’s things is that all along the esplanade there are tall bollards that have been painted up. Walked by one that was a meter maid, with her bag slung over her shoulder, a ciggie hanging from her lip, and she’s knitting a sock. So I whipped out my sock project: 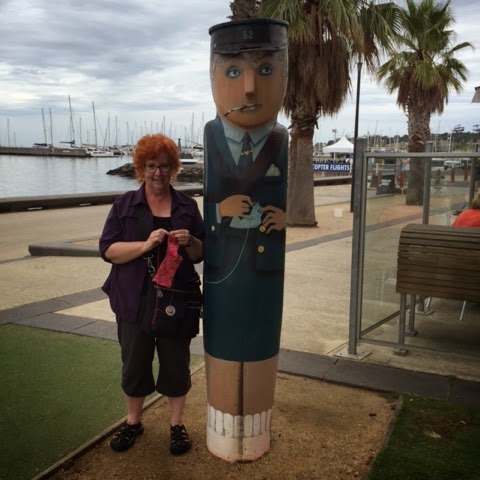 After our visit there we decided to go to a Thai restaurant in downtown Melbourne that we had read about. In the Asian area, second floor. We figured cheap and cheerful, Pad Thai and beer.
Well.
We fell through the looking glass to hipster heaven. With Thai food. There must be 500 people up here, all talking at the top of their lungs. The music pounds away. We’re the oldest people in here by a long shot. And the waiters have the most hilarious hipster facial hair. 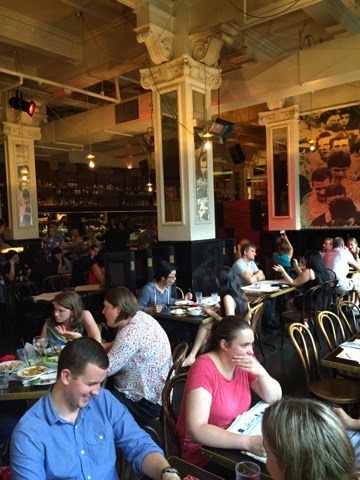 I feel kind of sad because the record album covers that are clipped to the walls – obviously meant as ironic statements about something? Yeah. I’m sure I have owed most of them at some time.