When all the Crimean ports on our cruise were cancelled an additional Turkish port was added – Trabzon. I had heard of the city (aka Trabizond) as one of the great cities of the Silk Road and the centre of an empire, for a time. The guide books are fairly dismissive of the modern city, and the cruise ship warned us that there were not a lot of services. In fact our day long tour returned to the ship for lunch – I guess there was no restaurant in town that could handle that many people to the standard required. Not only were there no suitable restaurants but there was a shortage of English speaking guides so some were brought in from Istanbul.

It turns out that our Trabzon excursion was a highlight of the trip. Trabzon may not be considered very interesting, but at 500,000 it is a big place. We drove out from the city, heading for the mountains. This is the road to Iran, and it winds through a mountain valley, lined with hazelnut orchards and other agricultural pursuits. These are rough and rugged mountains. Once upon a time a group of Greek monks settled in a cave in these mountains, which eventually became a monastery, and that is what we came to see.
We rode in our coach for about an hour, entering a national park. Eventually the road became too narrow and we switched to little mini vans. I tried not to think about it too much as we careened up a narrow road, swinging around the hairpin turns as we worked our way up the switchbacks. Then – a photostop. This is where we were going: 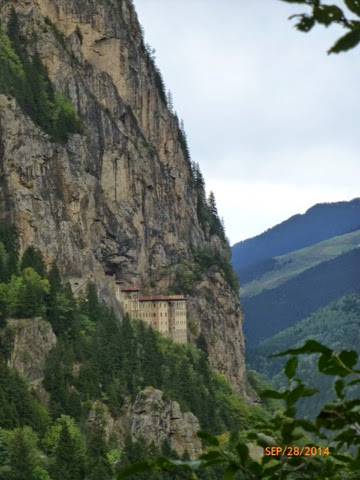 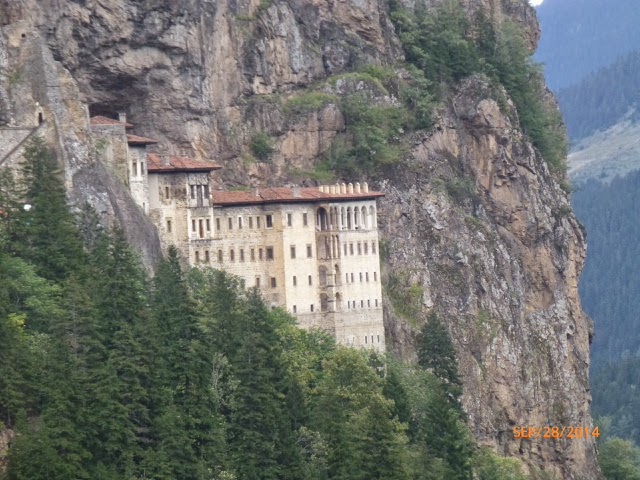 Once we got to the end of the road it was time to start climbing (did I mention that it started to rain?) 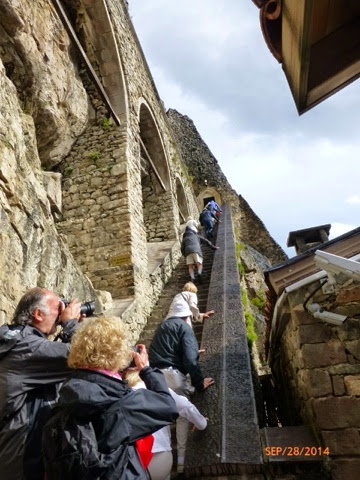 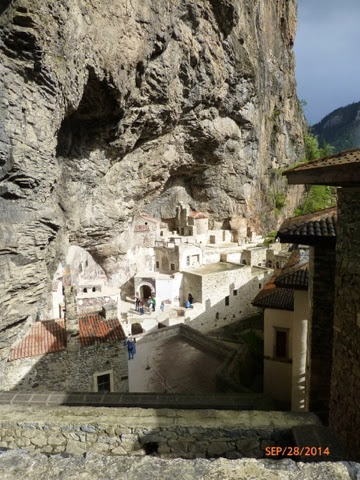 First a cave, then more permanent constructions then a full fledged monestary complex, which was inhabited until 1924. It fell into disuse and ruin, but concentrated work has restored the paths, buildings and infrastructure. In the very oldest part of the complex are frescoes painted onto the rock. They have been damaged over the centuries, but they still have the power to impress. 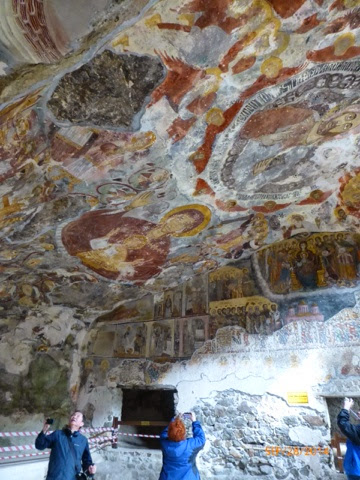 And we met up with this guy again…. 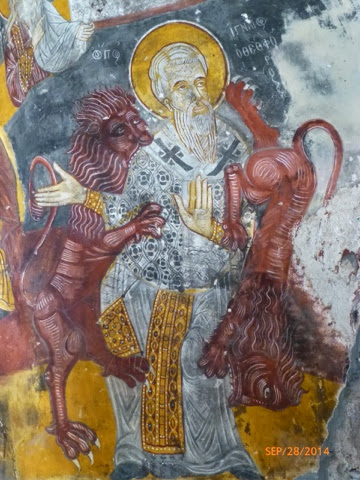 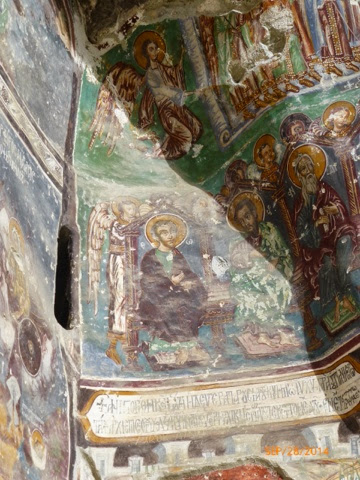 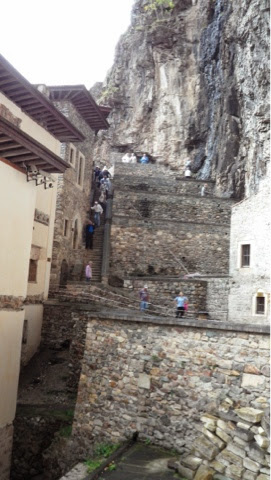 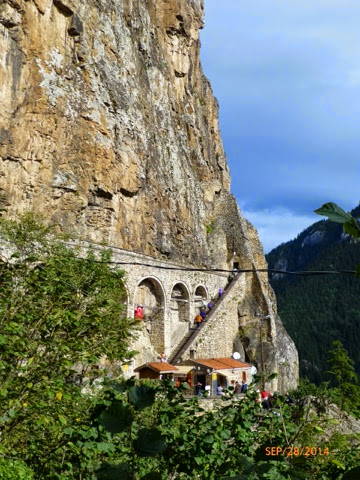 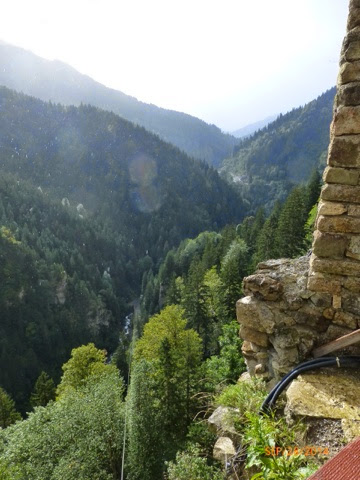 And after all that climbing up and down – Turkish tea and a potato on a stick! 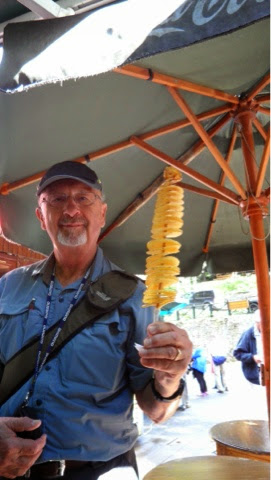 It did stop raining and the sun came out. Up there in the cloud forest, where it rains 250 days of the year (or more) we were lucky.