Once upon a time I was doing some reading about the Byzantine empire, and there was discussion of the mosaics in the Hagia Sofia in Istanbul, which are nice, but not as good as the basilica in Ravenna, Italy. Hagia Sofia was pretty impressive, and I figured that would have to do, because what were the odds of going to Ravenna? Well, guess what. Ravenna is 90 minutes east of Bologna. An easy day trip. So of course a trip became part of the 2013 Sharon and Wilf Tour of Churches, and Eating.

From the train station it is about a 15 minute walk to the old town of Ravenna. The centre is mostly pedestrian streets and the town has a lively feel to it. First up is the Arian Baptistry. And there, on the ceiling: 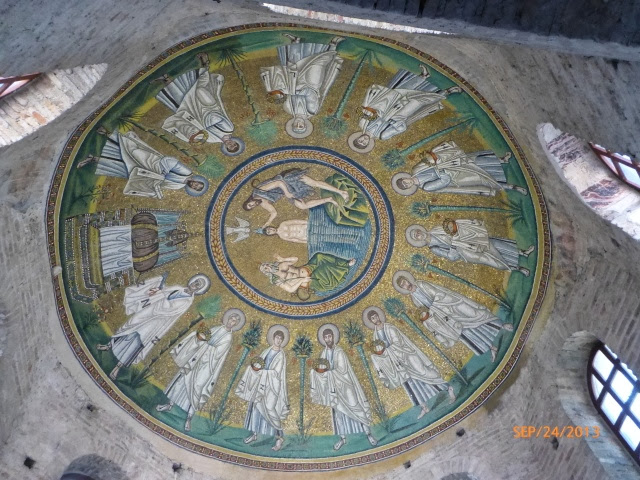 To modern eyes this may be John the Baptist baptizing Jesus, observed by his apostles. Back in the day this was pretty seriously heretical, showing Jesus young and obviously human, attended by a pagan river spirit as well as saints.
The magnificent mosaics of the dome are all that remain in this small building.
The real fireworks begin at the Basilica de San Vitale: 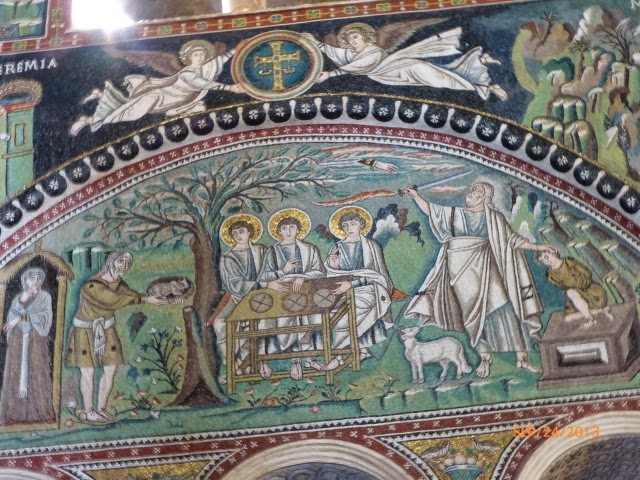 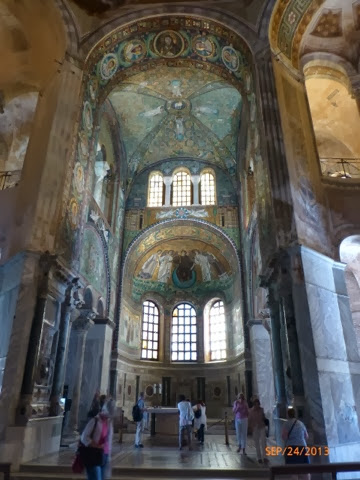 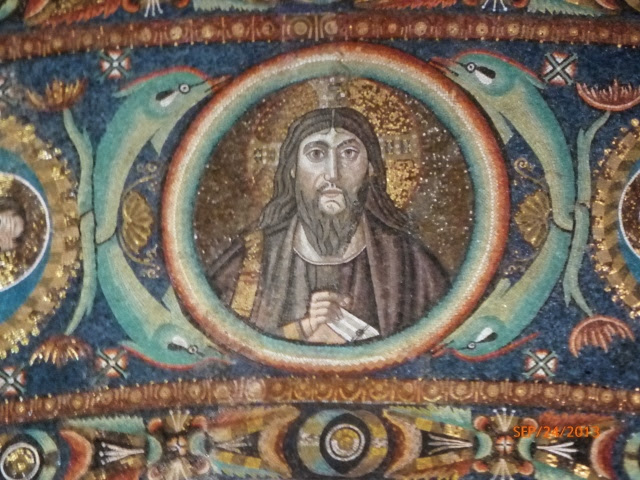 There is also a mausoleum that is a little mosaic jewel box, including the most beautiful field of stars: 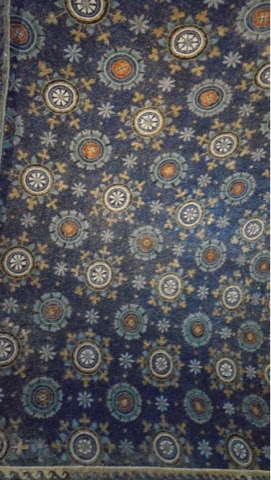 It is quite humbling to look at these mosaics, with all their millions of tiny tiles, that have been in place for more than a thousand years.