On the flight to Amsterdam the young man next to me was quite insistent that we should go to the town of Naarden. He approved of Amsterdam and Haarlam, but felt that we would really be missing out if we didn’t get to Naarden, an historic fort. Our guidebook had nothing about the town, but the Internet always obliges – you can look here: http://www.wikitravel.org/en/naarden . We took the train from Amsterdam and found ourselves in the not so bustling metropolis of Naarden-Bussom. Being a Saturday there was no info available, but we are resourceful. While we were studying the station map two guys went by printouts with a picture of the fort, so we followed them. Luckily for us they were in fact going to the fort area.

The town turned out to be a lovely surprise. Within a huge star shaped moat there is a tiny little town – narrow streets with ancient brick houses, shops and restaurants and a Saturday market. We had stopped for a coffee when groups of people started streaming by – dressed in matching outfits. It turns out we were in town on the day of an amateur choral festival. 31 choirs, 1000 participants, 16 venues. They seemed to range from very serious classical music to young people doing ‘Glee’ type repertoires. 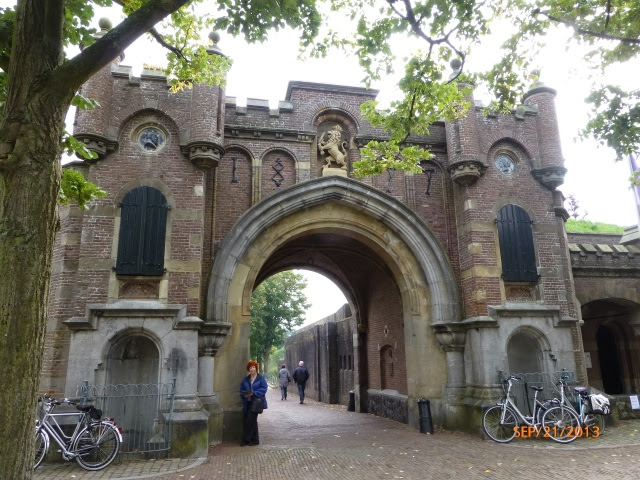 This is one of the old town gates – big moat on the other side, so you pretty much had to be invited in back in the day. 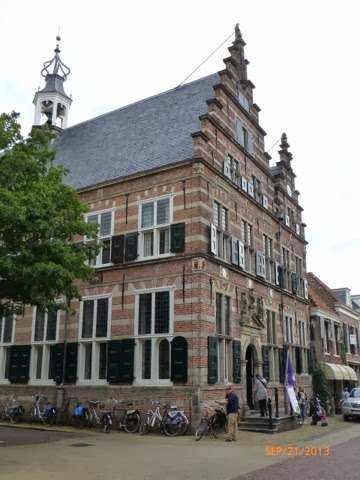 Beautiful old town hall – built during the 1500’s, with interior decorations from the 1700’s. And yes, after awhile you do stop seeing the bicycles that are parked everywhere – I hadn’t even noticed them until I saw this picture!
And while we were in town the sun actually came out! 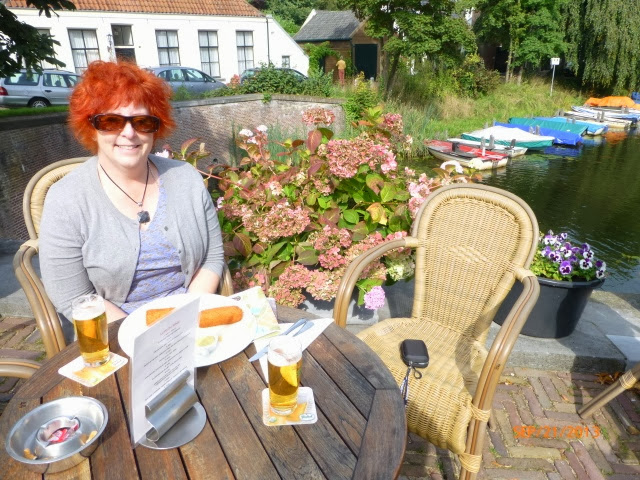 It made our lunch of beer and croquettes by the canal that much more pleasant!