If you’ve followed our adventures in Japan you know that finding things was a never ending issue for us. No street signs, signage we couldn’t read – it was an adventure every time we went out and we relied a lot on the kindness of strangers.

Bangkok has been much easier. I will say, though, that the Thai language is completely impenetrable – I can’t even tell where the words begin and end. And English is used as a ‘design element’ much less than in Japan, so we don’t even see that many English words about.

There are street signs, however, and on major streets and in tourist areas the name of street is written in Thai and in Roman characters. What a relief that was.

We wanted to go to a particular restaurant near our hotel – it is a Chinese restaurant famous for its sea food. Our hotel made us a reservation. Because this restaurant is so famous for its food other restaurants have set up with the same name and it is not uncommon for taxi drivers to ‘accidentally’ take tourists to the ersatz Sanboom Seafood restaurant. We knew it was near by, and armed with an address we actually found it on our first try. Of course as you’ll see from the picture below their signage made it pretty easy for us once we were in the area.

Besides their generally good food their claim to fame is curry crab. Out on the sidewalk are dozens of plastic baskets full of crabs, all tied up and nestled in damp newspaper, awaiting their turn.

Eating crab and whole fish with chopsticks isn’t easy, but man was it good! 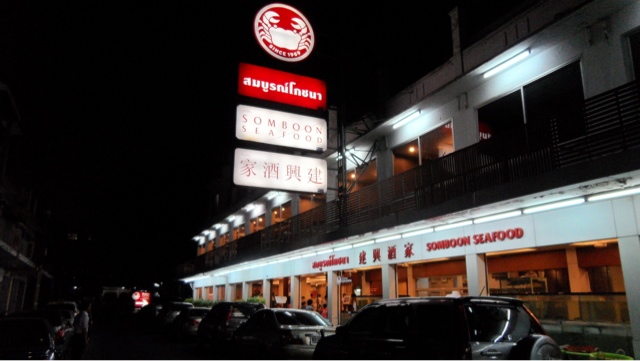 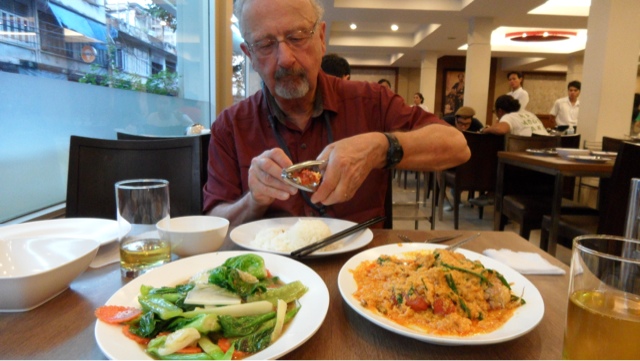 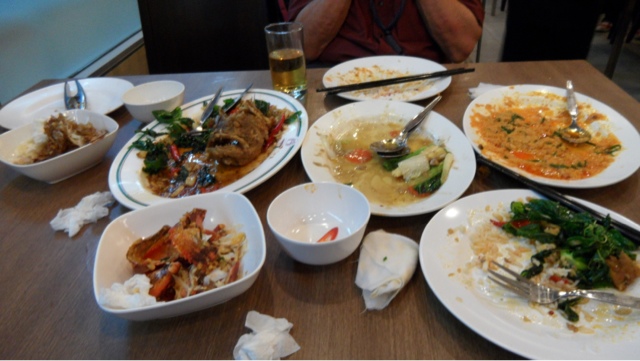 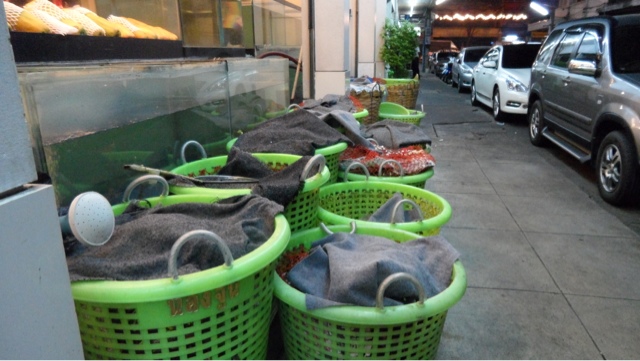